LeBron James pulls no punches on college sports: 'The NCAA is corrupt' 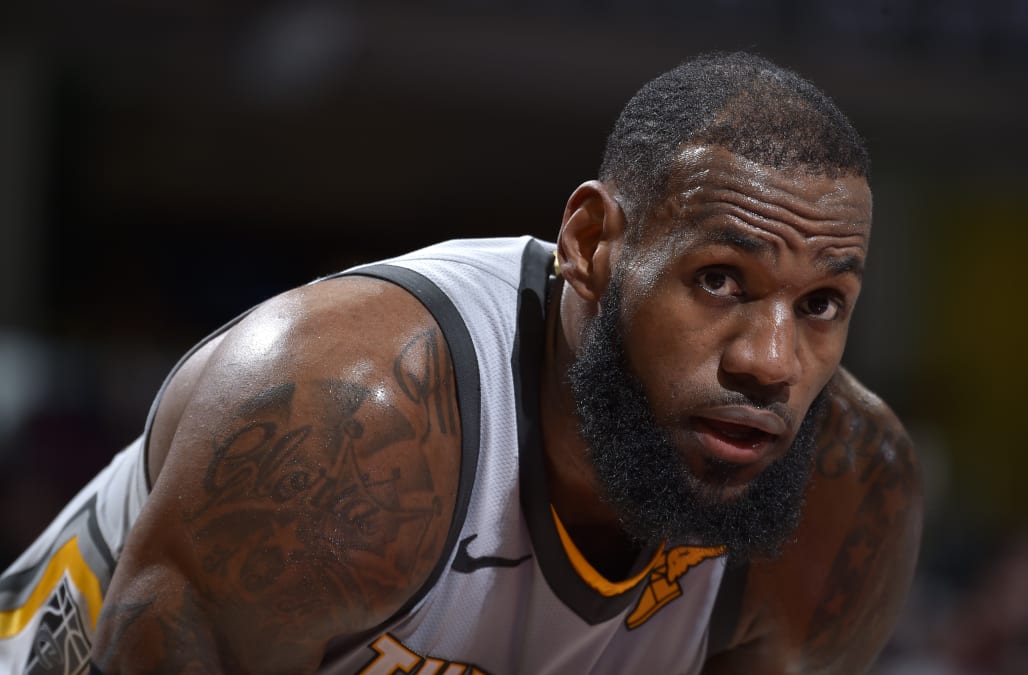 LeBron James may have foregone college to enter the 2003 NBA draft, but he’s been through the recruitment process and has at least one son who has already received scholarship offers, so he knows full well how the NCAA machine operates. And, man, does he have some thoughts on it.

“The NCAA is corrupt,” James said when asked about the college basketball scandal at Tuesday’s shootaround in Cleveland. “We know that. I’m sorry. It’s going to make headlines, but it’s corrupt.”

Yahoo Sports reporters Pat Forde and Pete Thamel revealed documents on Friday that implicated dozens of current and former college players from the most high-profile Division I college basketball programs in a scandal involving payments from former NBA agent Andy Miller and his company.

A federal investigation has already led to the arrest of four former assistant coaches, the firing of Hall of Fame coach Rick Pitino and the suspension of a handful of players. This is expected to only be the tip of the iceberg. The NCAA immediately called for sweeping reform in response to the Yahoo report.

“I don’t know all the rules and regulations about it, but I do know what five–star athletes bring to a campus both in basketball and football. I know how much these college coaches get paid. I know how much these colleges are gaining off these kids. … And I’ve always heard the narrative that they get a free education, but you guys aren’t bringing me on campus to get an education. You guys are bringing me on to help you get to a Final Four or to a national championship. It’s just a weird thing.”

James did offer one alternative — transforming the G League into a true farm system, much the same way teams do in the EuroLeague, where teenagers are groomed in feeder programs for the big club.

“I am not a fan of the NCAA,” said James. “I love watching March Madness. I think that’s incredible. I’m not a fan of how the kids don’t benefit from any of this. It’s a fine line, because I’ve actually got a couple boys who could be headed in that direction, so there’s going to be some decisions that we as a family have to make. I know as the NBA we have to figure out a way that we can shore up our farm league, and if kids feel like they don’t want to be a part of that NCAA program, then we have something here for them to be able to jump back on and not have to worry about going overseas.”

James said he plans to raise the issue with NBA commissioner Adam Silver.

Over the past year, Silver has become more amenable to abolishing the current one-and-done rule, openly discussing the possibility of following the EuroLeague model. Silver and National Basketball Players Association executive director Michele Roberts tabled that discussion in the 2017 collective bargaining agreement, but both sides agreed to revisit the issue in an attempt to find a solution.

I asked LeBron what was the craziest offer he got while being recruited by colleges. pic.twitter.com/HnYAIAo0Xt

Asked what the wildest offer he received during his recruitment as the nation’s top high school player in the early 2000s, James declined to answer, offering this instead: “I can’t even talk about that, man. Me and my mom were poor. I’ll tell you that. And if they expected me to step foot on a college campus and not go to the NBA, then we weren’t going to be poor for long. I’ll tell you that. That’s a fact.”

The ongoing NCAA scandal included an ESPN report on Friday that University of Arizona coach Sean Miller was caught on an FBI wiretap discussing with former ASM Sports agency employee Christian Dawkins a payment of $100,000 for signing Deandre Ayton, a potential No. 1 pick in the 2018 draft.

James’ oldest son, 13-year-old LeBron Jr., reportedly has standing scholarship offers from both Duke and Kentucky, two of at least 20 programs implicated in the federal investigation into NCAA recruiting.