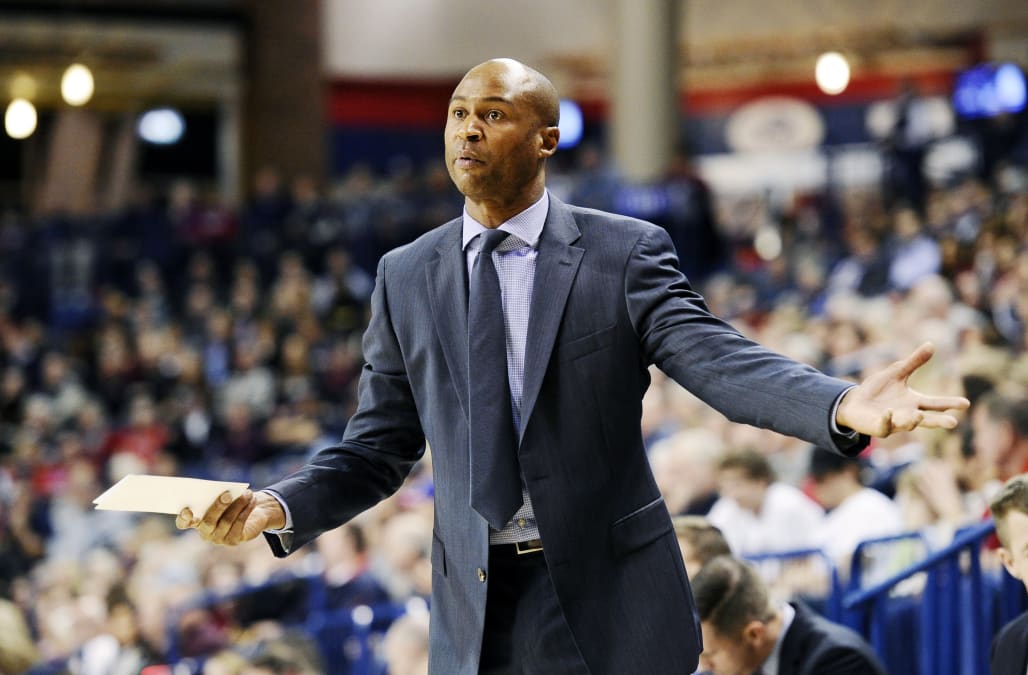 San Francisco police made the arrest around 10 a.m. at Oakland International Airport after a reported domestic-violence disturbance at a hotel in San Francisco's Union Square before midnight Saturday.

The woman who reported the incident said she and Smith were intimately involved. She was hospitalized with non-life-threatening injuries.

The University of San Diego issued a statement to ABC 10 News: "We are aware of the report of allegations related to Lamont Smith. We have very few details at the time, but we will be gathering information and will be commencing an investigation into the matter."

Smith, 42, coached the Toreros to a 64-61 win at the University of San Francisco on Saturday night.

The victory finished the regular season for the Toreros, who are 18-12 overall, 9-9 in West Coast Conference play. San Diego is scheduled to open WCC tournament play on March 3 at Las Vegas as the sixth seed, meeting third-seeded BYU in a quarterfinal game.

Before taking over as the Toreros' head coach, he was an assistant coach at Saint Louis, Saint Mary's, Santa Clara, Arizona State, Washington and New Mexico.