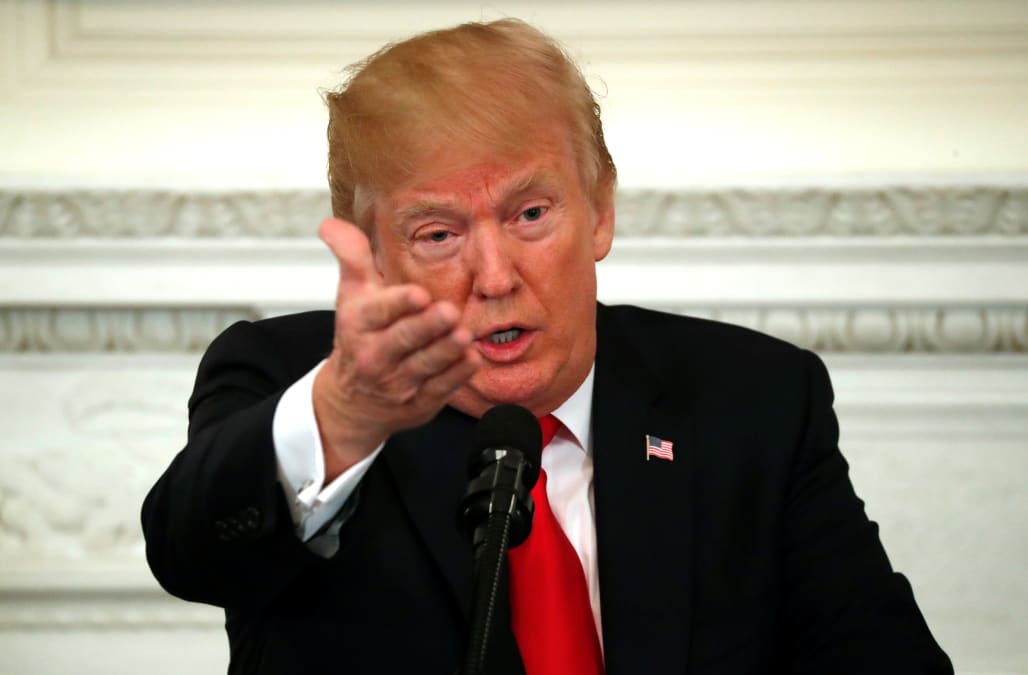 President Donald Trump on Monday said he would have run into the deadly Florida high school shooting even if he didn't have a weapon.

"I really believe I'd run in there even if I didn't have a weapon," Trump said, according to The Associated Press.

Trump was responding to reports that deputy Scot Peterson, who resigned on Thursday amid pressure from the Broward County police department, never entered the school building in which the shooting was taking place even though he had a weapon.

"The school resource officer was behind a stairwell wall, just standing there, and he had his gun drawn, and he was just pointing it at the building," Huff said. "Shots started going off inside, and you could hear them going off over and over again."

Since the shooting, Trump has proposed a variety of measures to combat gun violence, including stronger background checks, raising the age at which people can buy guns to 21, and arming teachers in the classroom.

"Armed Educators (and trusted people who work within a school) love our students and will protect them," Trump tweeted Saturday. "Very smart people. Must be firearms adept & have annual training. Should get yearly bonus. Shootings will not happen again - a big & very inexpensive deterrent. Up to States."

Trump argued Friday for his proposal to arm some teachers, arguing that simply placing armed officers in schools wouldn't work because they don't "love the children" the same way.

NOW WATCH: Amazon is shaking up a healthcare industry that's ripe for disruption