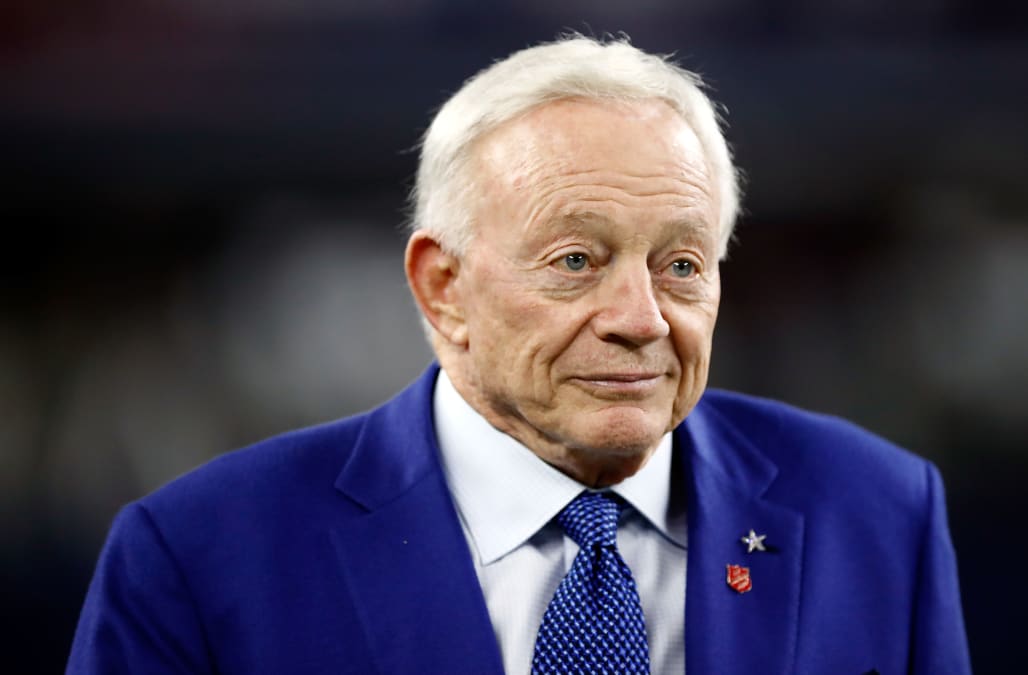 Apparently, there's a price to pay when you mess with Roger Goodell. Even if you're Dallas Cowboys owner Jerry Jones.

Goodell is going to request that Jones repay more than $2 million in legal fees to cover costs incurred by teams during the defense of Ezekiel Elliott, according to NFL Network's Ian Rapoport.

Rapoport said the following on his Twitter account shortly after the New York Times reported Jones would be fined more than $2 million: "Clarity on NFL and #Cowboys owner Jerry Jones: It's not a fine, it's a reimbursement of costs incurred by member clubs. More than $2M. The resolution has been on the books for more than 20 years. Goodell did this after consulting with owners."

Citing "five league officials with direct knowledge of the situation," The New York Times' Ken Belson reported earlier that Goodell is preparing to fine Jones "millions of dollars" for Jones' efforts to sabotage Goodell's contract-renewal negotiations and for Jones' outspoken support and defense of Elliott.

Elliott eventually served the six-game suspension handed down for a domestic violence incident.

The justification for the fine, which will be issued in the coming weeks, is reportedly that Jones' actions have been detrimental to the NFL. According to Belson, while Goodell himself was reluctant to issue any sort of discipline toward Jones, the owners encouraged him to do so because Jones "crossed an unspoken boundary by threatening his colleagues."

Among Jones' actions in 2017 that have drawn fellow owners' ire:

--He reportedly proposed a six-month moratorium on Dec. 1 on finalizing any new contract for Goodell.

--He threatened to sue the owners' compensation committee if it approved the extension (which it did).

--On multiple occasions, he was publicly critical of the league's investigation -- and ultimately suspension -- of Elliott after numerous off-field incidents.

A Cowboys spokesman told The Times it was unaware of any impending penalties, and the NFL would not offer a comment.