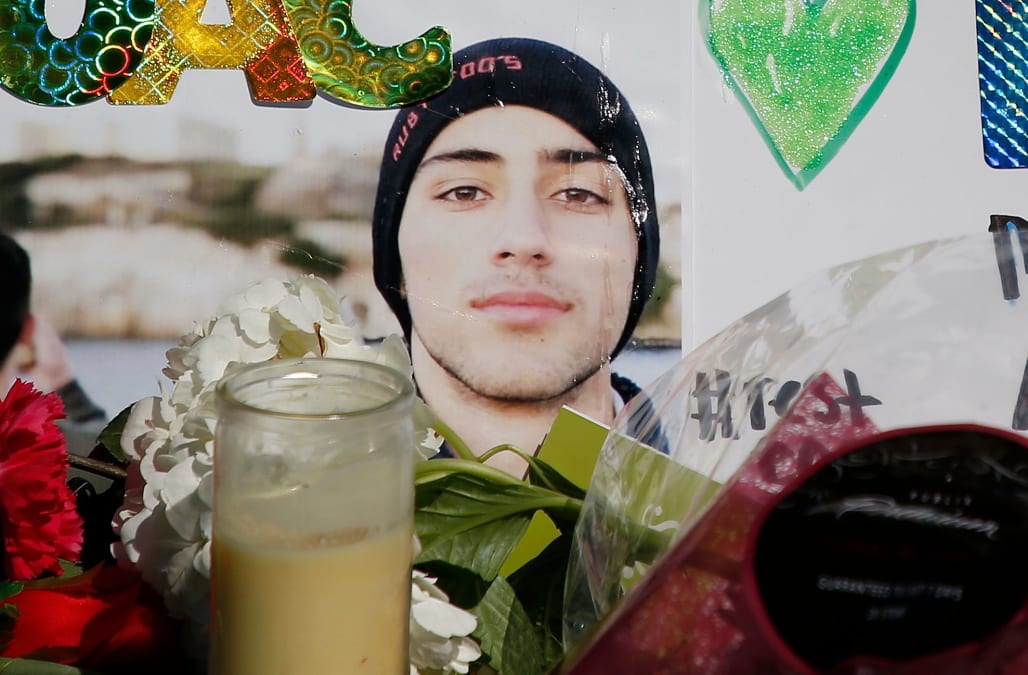 When Joaquin Oliver’s funeral was held earlier this month, it was noted that the 17-year-old was a big Miami Heat fan and that he was looking forward to Dwyane Wade’s return to the team.

Oliver was one of the 17 victims gunned down at Marjory Stoneman Douglas High School on Feb. 14 and so he’ll sadly never see how the end of Wade’s career in Miami will play out.

His parents, however, revealed that Oliver took a piece of Wade and the Heat with him, revealing to Univision talk show host Al Punto that their son had been buried in a Dwyane Wade jersey.

Wow, Joaquin Oliver's parents just said on @AlPunto that he was buried in a @DwyaneWade jersey

The decision, which reflects the powerful bonds that the NBA’s stars can build with fans without ever meeting them, led Wade to tweet this …

You’re about to make me cry this afternoon https://t.co/rWFsQcxlYc

The Heat returned to American Airlines Arena for the first time since the shooting and Wade addressed the crowd before the Heat’s win over Memphis.

“Tonight we honor the 17 lives that were tragically lost in Parkland,” Wade said. “We applaud the fearless students that are fighting for their lives. We also make sure that their voices are heard around gun safety. You are our nation’s inspiration. We salute you and we support you.”

This is Joaquin Oliver. He was one of the 17 young lives that were lost tragically at Douglas HighSchool in Parkland. Joaquin was one of many that i heard was excited about my return to Miami and yesterday was buried in my jersey. This is why we will not just SHUT up and dribble! pic.twitter.com/X0tfTTao33