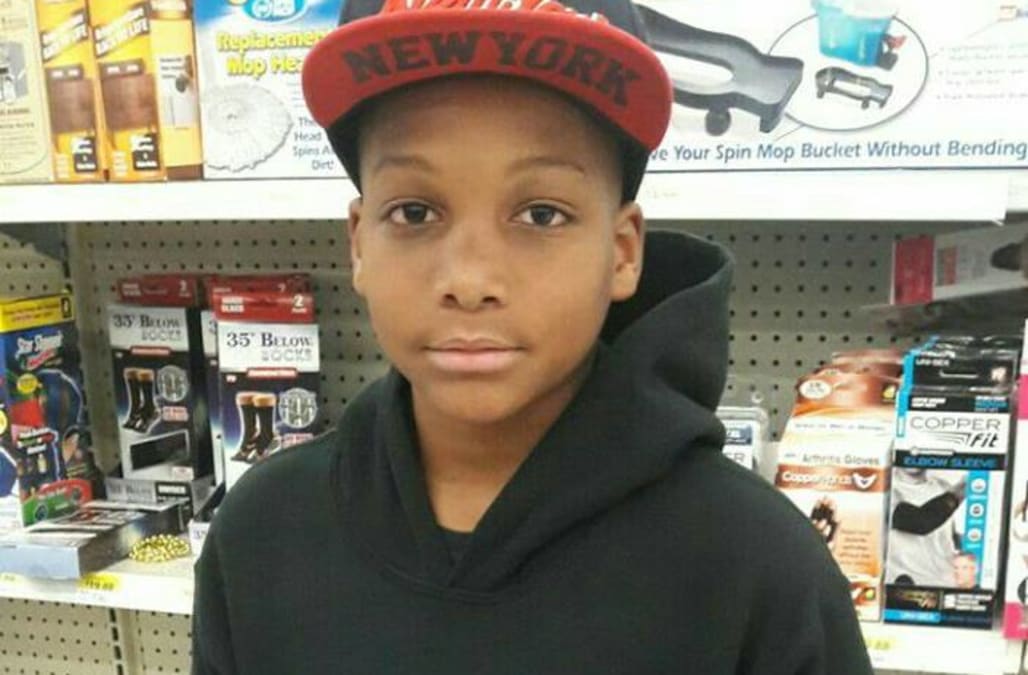 The fact she even has to discuss school shootings with her 10-year-old son is bad enough, says Texas mom Tanai Benard.

But after hearing what her boy, Dez, plans to do if ever caught in such carnage made her heart hurt and left her speechless.

"If it came down to it, I would rather be the one that died protecting my friends then have an entire class die and I be the only that lived," he told his mother matter-of-factly."

She felt confronted with a Solomon's choice: Should she tell him to put himself first? Or should she applaud his tender heart?

Benard, a teacher, says she asked her son if his class practiced active shooter drills in the wake of last week's shooting massacre at a Florida high school that left 14 students and three staff members dead.

"Sometimes the children don't take it seriously," she told InsideEdition.com Friday. "They run around and goof off with their friends. I just wanted to make sure my own child took it seriously."

Dez surely did. He said he would push tables in front of the door and stay there so that he would catch the bullets instead of the other fifth graders in his class.

She couldn't think of an appropriate response to that. "All I could ask him was why. And he said he would prefer that all of his friends live, and he die, rather than he live and they die," Benard said.

"How do I teach my child to not be selfless? We've been talking about it over and over. I keep asking him why isn't his life as valuable as others in his eyes. He said he thought it was. He said it was like Jesus trying to help others.

"So what do you say to that? That he shouldn't want to be like Jesus?"

Benard also has a 13-year-old daughter, Iyanna, and an 11-year-old son named Zavien.

The single mother and her three children returned to the U.S. in October 2016. They had lived in Abu Dhabi for four years, where she taught school.

"We didn't have to think about things like this, she said of the Valentine's Day bloodshed. "There weren't church shootings or school shootings there."

They relocated to the Houston area so her children could have a better relationship with their father, she said.

Her social media posts drew a vast spectrum of advice, ranging from "be proud," to "your son should do what that armed deputy did in Florida and save his own life."

"He still feels the same way. He hasn't changed his mind about how he feels," his mother says.

Dez, asked if he realizes what it really means to be dead, replied without hesitating.

You don't really want that for yourself, do you, he was asked.

But you still would rather save the lives of your friends?

His mother resents having to burden her child with terrifying talks about what to do if a gunman opens fire at your school.

"Why do I even have to have this discussion with a 10-year-old? Why are we even at this point? Why do we even have to talk about this?" she asked.