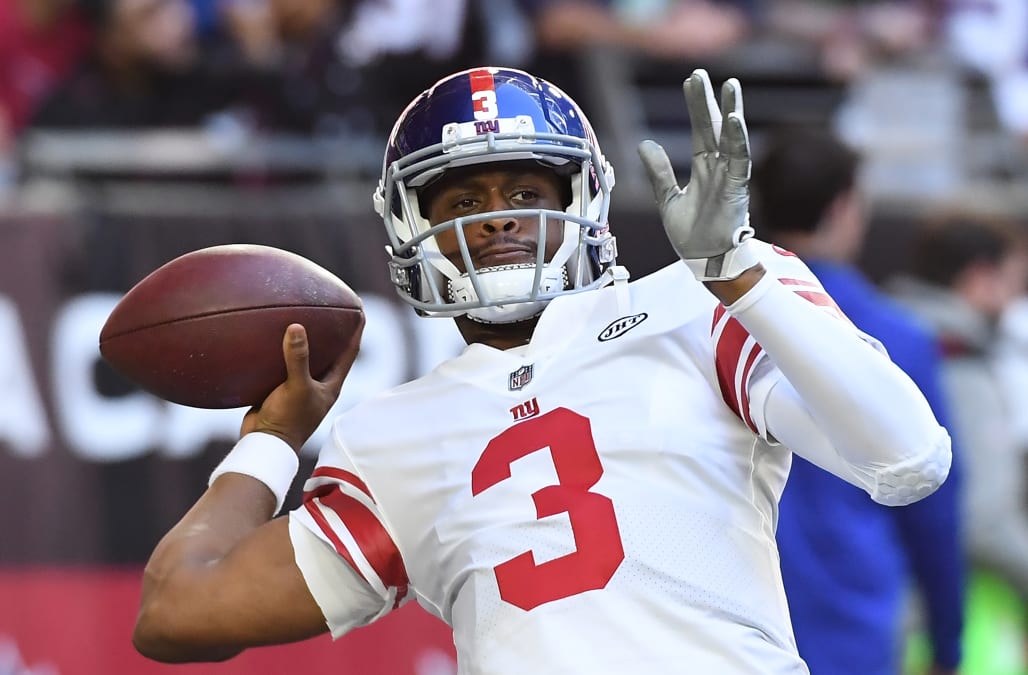 Geno Smith made news on Saturday before the NFL offseason could even start, but it had nothing to do with his future in football.

The New York Giants quarterback, like Kyrie Irving before him, appeared to embrace flat Earth theories in a series of tweets, asking his followers not to believe everything that they read and do their own research before rushing to judgment.

I’m not debating on this topic I just want to see the responses.. I think it’s a good conversation.

The conversation was, likely to Smith's dismay, less than good, with many Twitter users predictably dunking on him.

I couldn't begin to imagine why Geno Smith was trending on this fine Saturday. The reason was more delightful than I could have ever hoped.

But Smith was not immediately deterred — he thought it was a bit "funny" that people assumed he believed the Earth was flat just because he had suggested as much.

In an effort to hear both sides of the non-argument, Smith retweeted messages from both those that had proof that the Earth was round, as well as skeptics who said they had gotten good grades on a college paper one time.

I worked at JPL. One of my jobs was working on code to slice up data about the oceans coming from Earth-observing satellites. No oceanographers or other Earth scientists could do their jobs if we all were lying about the Earth's proper shape.

But eventually, Smith relented, claiming that he was simply trying to encourage people to listen to others "truths."

Hey guys I’m glad we had this talk today it was fun lol I know how you all love to debate on Twitter so this was good... for the record Earth is a globe we know this. But why not listen to someone else’s beliefs or “truth”

Still, he teased the NFL Twitterverse with one more shot before logging off.

But From now on you can consider me a “Flat Earther” 😂✌🏾

NOW WATCH: Why North Korea sent hundreds of cheerleaders to the Olympics

SEE ALSO: THE 'MIRACURL ON ICE!' Team USA curling skipper hit the 'shot of his life' to win an improbable gold medal for the United States