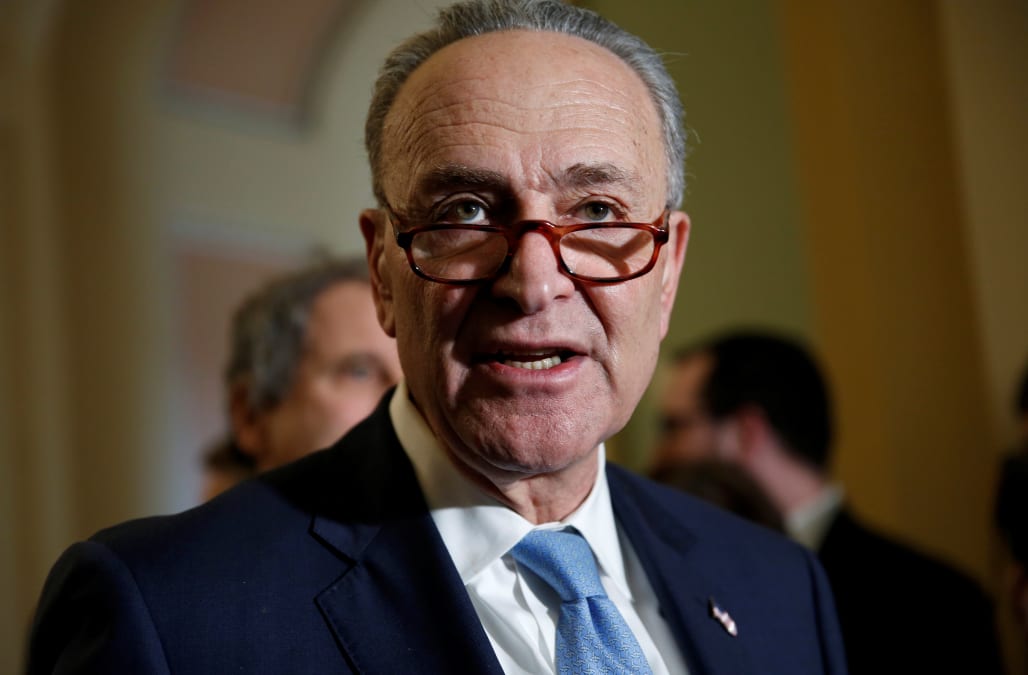 “We are in a time where we need to do more — not less — to ensure our schools have the resources, programming and the federal dollars to address everything from the safety and mental health of students to support for teachers and administrators,” Schumer said.

Trump’s budget proposal for the 2019 fiscal year would eliminate the School Emergency Response to Violence Program, which funds recovery programs for schools hit by violence.

RELATED: Chuck Schumer through his career

The district of Newtown, Conn., got millions from that program after the Sandy Hook school shooting, and money also went to Baltimore schools after the murder of a student.

“It is particularly troubling that we are in the midst of a national tragedy in Florida and having to talk about these cuts, because the students impacted by the Parkland shooting are going to need the exact kinds of funding and support that Newtown received in the wake of that horrific shooting,” Schumer said.

Schumer said he was confident Congress would block the cuts, which are part of the Trump budget proposal that’s seen as having little chance of being enacted in its current form.

The budget blueprint also proposes scrapping “project prevention grants,” which give money to local education agencies to find and help students exposed to pervasive violence and refer them to mental health services for trauma or anxiety.

And it would get rid of the $400 million Student Support and Academic Enrichment Grant program, which requires school districts to use 20% of the money they get for violence-prevention programs and crisis-management training.

More from New York Daily News:
Ted Cruz says ‘Democrats are the party of Lisa Simpson’ at CPAC
Five things Rubio said could be done in 'next few weeks' on guns
HHS official placed on leave over social media posts