Inside Ivanka Trump's lavish, diplomacy-filled trip to the Winter Olympics 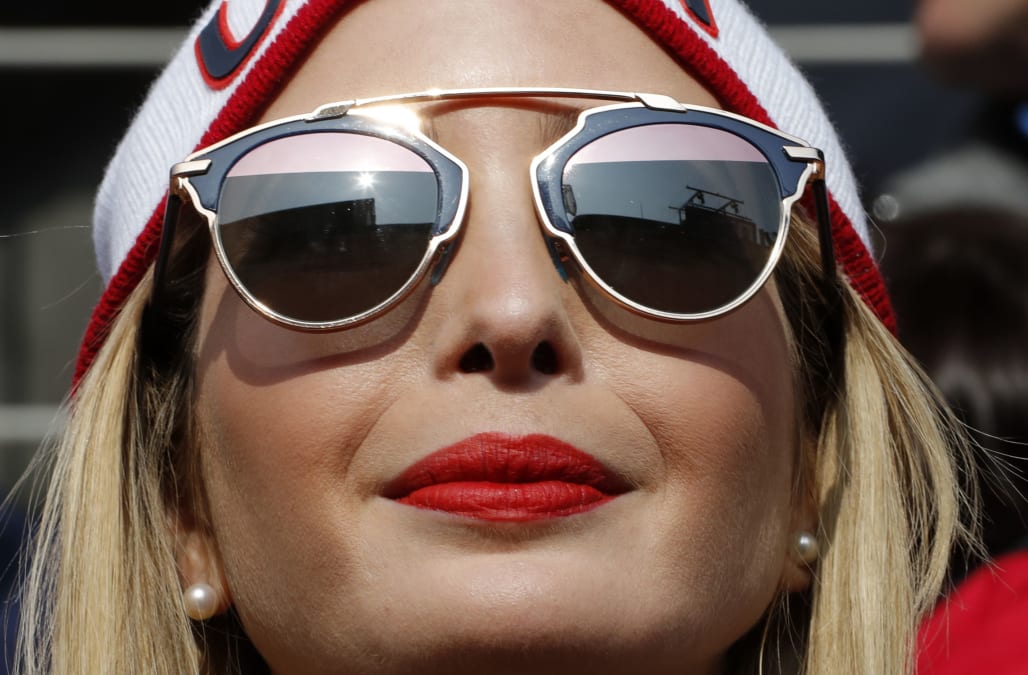 Ivanka Trump, President Donald Trump's eldest daughter, arrived in South Korea on Friday to meet with the country's president, cheer on American athletes competing in the 2018 Winter Olympics, and lead the US delegation into the closing ceremony, which takes place on February 25.

The first daugher's diplomatic visit has captivated South Koreans, and her arrival was covered live on local TV.

"It is a great honor to be here in South Korea with the US delegation," Trump told reporters upon arriving at Incheon Airport. "We are very, very excited to attend the 2018 Winter Olympic Games, to cheer for team USA and to reaffirm our strong and enduring commitment with the people of the Republic of Korea."

See inside her trip so far:

A look at Ivanka Trump's lavish trip to the Winter Olympics
Trump arrived in South Korea on Friday to red carpet treatment from local officials.
She kicked off her trip in Seoul, where she met with South Korean President Moon Jae In and his wife, Kim Jung Sook.
Upon entering the Blue House — South Korea's official presidential residence — Trump took off her shoes and was given traditional slippers in line with local custom.
She then dined with Moon and other South Korean officials. Her meal was a “delicately prepared” kosher feast that included bibimbap to “symbolize harmony," according to The Washington Post.
During her meeting with Moon, Trump reportedly urged him to maximize pressure on North Korea to reduce its nuclear weapons program.
Moon thanked Trump for her visit on Twitter.
After visiting Seoul, Trump traveled to Pyeongchang, the South Korean city which is hosting the Winter Olympics.
White House press secretary Sarah Huckabee Sanders and other US officials were also part of the US delegation.
They attended various events, including the Big Air snowboarding final, curling, and speed skating.
Trump watched some of the events with American athletes.
She also spent some time with South Korea's first lady.
After professional snowboarder Kyle Mack won the silver medal in the men's big air final, Trump congratulated him on Twitter.
Trump also visited USA House, a gathering place for current and former US Olympic athletes and guests to socialize and watch the Games.
She met with South Korean olympians, too.
But the purpose of Ivanka's trip wasn't just to meet with athletes and cheer on Team USA. She's also been advocating for her father's political agenda.
On Friday, President Donald Trump announced harsh new sanctions against North Korea, which he lauded as the "heaviest sanctions ever imposed" by the US.
That announcement — and Ivanka's "charm offensive" in Pyeongchang — could have been a strategic ploy to send a message to North Korea.
Up Next

DON'T MISS: Ivanka Trump dined on grilled tofu and bibimbap at dinner with South Korea's president — and the meal had a hidden meaning