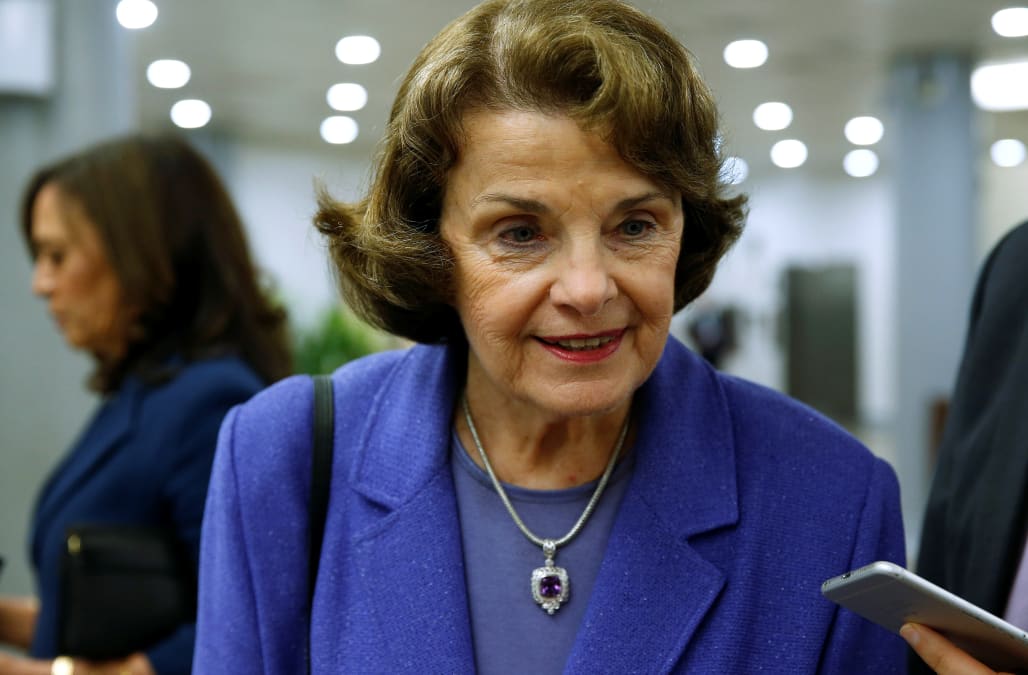 The California Democratic Party rebuked its senior senator early Sunday by declining to make an endorsement in the state’s U.S. Senate race.

The backing of 60 percent of the delegates was needed to secure the party’s official endorsement.

In a statement following the vote, de León hailed the result as “an astounding rejection of politics as usual,” one that signaled growing momentum for his campaign.

“California Democrats are hungry for new leadership that will fight for California values from the front lines, not equivocate on the sidelines,” de León said. “We all deserve a leader who will take our climate action to Washington, and will fight each and every day to protect our human and civil rights, our immigrant families and Dreamers, champion universal health care and create good paying middle class jobs.”

RELATED: Democrats who could challenge Trump in 2020

The vote is seen as a sign of nagging discomfort among progressives to Feinstein’s centrist and hawkish brand of politics. Her skeptical view of single-payer health care, anti-marijuana stance, and her votes in favor of some President Donald Trump’s nominations to key administration jobs rankled activists at the core of the state’s Democratic Party.

Sen. Dianne Feinstein getting a warm welcome at a breakfast she’s sponsoring for CA Democratic Party delegates at their convention in San Diego this morning. pic.twitter.com/e5cI5fMjMg

Yet Feinstein, who will turn 85 years old later this year, is still expected to cruise to victory over her relatively unknown opponent. She holds a lead over de León of nearly 30 percentage points — 46 percent to 17 percent ― in a recent poll conducted by the Public Policy Institute of California.

Feinstein also has a considerable fundraising advantage. While the senator started the year with nearly $10 million in the bank, her rival had only about $360,000 cash on hand.