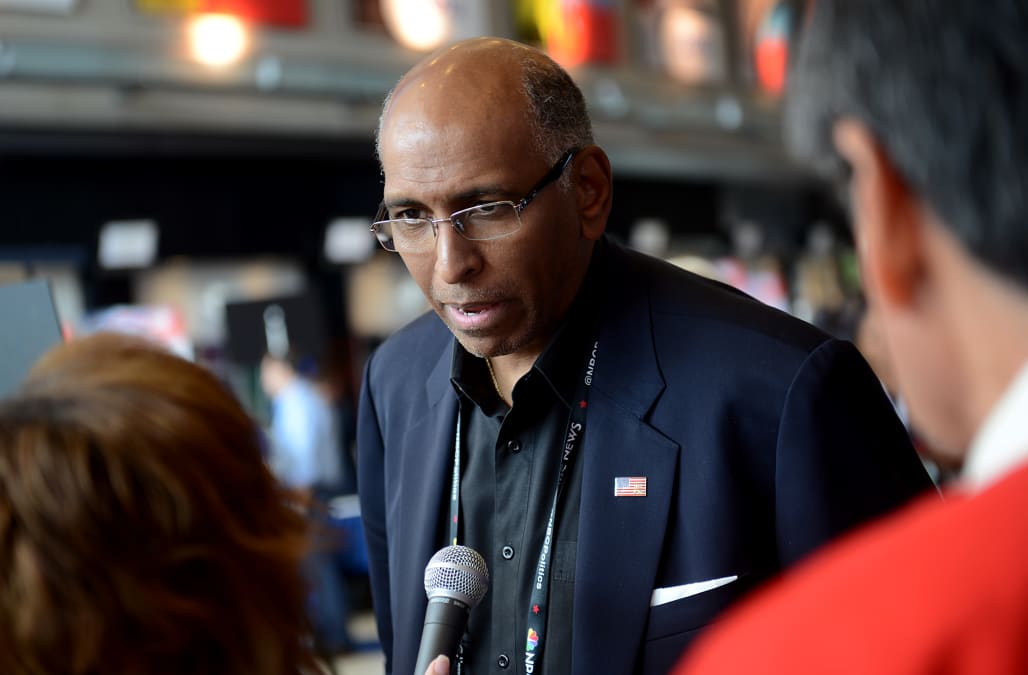 CPAC Communications Director Ian Walters raised eyebrows at this year’s conference after telling an audience Friday evening that former Republican National Committee Chairman Michael Steele only got the job because he was “black.”

“We elected Mike Steele to be the RNC chair because he’s a black guy; that was the wrong thing to do,” Walters said at the event’s exclusive Ronald Reagan dinner. Many dinner attendees greeted the comments with gasps.

The remarks were first reported by Jon Levine at TheWrap on Twitter.

“We elected Mike Steele as chairman because he was a black guy, that was the wrong thing to do”

Walters’ statement drew swift backlash on Twitter, where he faced bipartisan condemnation. Steele had been mingling throughout CPAC on Friday and was just outside the dinner hall at the time Walters spoke.

Steele told TheWrap Saturday that he first became aware of the comments while recording a radio spot that evening and that it showed how much work his party had to do about courting minority voters.

The story was picked up by MSNBC — where Steele works as a contributor. On a call with host Joy Reid, Friday, he expanded further on his feelings about the moment.

“Very disappointed, surprised that people still in the party feel this way and look at the contributions that anyone would make to the party through the prism of race. It’s unfortunate. It’s stupid. It’s immature,” he said. “I hope it is not a reflection of the leadership of CPAC.”

Steele phoned in to “A.M. Joy” Saturday morning, where host Joy Reid asked him, “Do you think the Republican party has a racism problem?”

“Yes, they do, and I think we need to be honest and acknowledge it,” Steele said. “People sit here now and say that this has nothing to do with race. Yeah, it does when you stand on a podium and blatantly speak to race the way Ian did. And that’s fine. Let’s acknowledge that. I’m not saying you are racist; I’m saying you’re having a problem talking about and making expressions around race that often times come off not just as insensitive, but downright racist. And the party is not that way.”

The moment puts a cloud over a fiery but mostly smooth 2018 CPAC, which has seen speeches from both President Donald Trump and Vice President Mike Pence. In a tweeted response, Walters said he spoke with Steele and apologized.

“I spoke with Mike Steele and apologized because the words I used do not capture my heart,” he said, though Steele told Reid that the apology was not enough.

It is unclear whether Walters will face any consequences for the snafu.

I spoke with Mike Steele and apologized because the words I used do not capture my heart https://t.co/fG5vUqPqQp