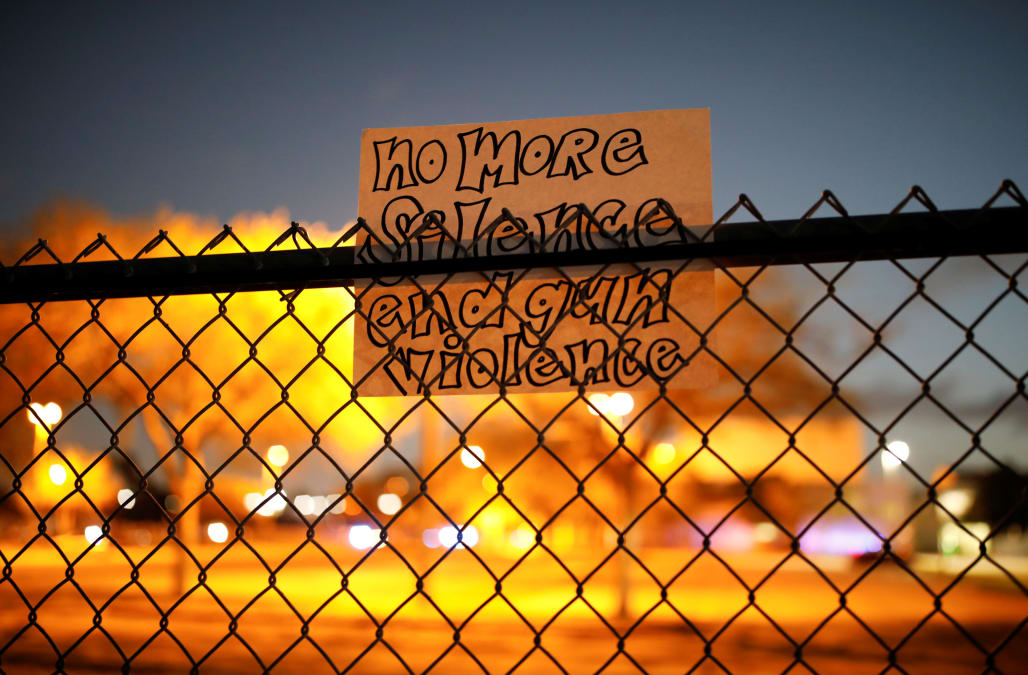 Feb 23 (Reuters) - Staff members returned for the first time on Friday to the Florida high school where 17 students and faculty were gunned down by an ex-student with an assault rifle last week in one of the deadliest school attacks in U.S. history.

Teachers were welcomed back to Marjory Stoneman Douglas High School in Parkland as part of what the school district called an "emotional and difficult recovery process."

Staff could be seen arriving at the school in their cars on Friday, passing perimeter checks guarded by police cars, according to video from Miami's 7News.

Classes are due to resume on Wednesday. On Sunday, students and their parents are invited to come to the campus for "support services," the Broward County Public Schools district said in a statement.

Therapy dogs offer help after the Florida shooting
PARKLAND, FL. - February 15: One day after the deadly shooting at Marjorie Stonemason Douglas High School in Parkland, Florida that left 17 dead and 14 injured, people gather for a memorial at Parkridge Church, on February 15, 2018 in Parkland, Florida. A group of children gather around a therapy dog at the vigil. (Carolyn Cole/Los Angeles Times via Getty Images)
PARKLAND, FL - FEBRUARY 16: Two women hug while surrounded by comfort dogs at a memorial site to honor victims of the mass shooting at Marjory Stoneman Douglas High School, at Pine Trail Park on February 16, 2018 in Parkland, Florida. Police arrested 19-year-old former student Nikolas Cruz for killing 17 people at the high school. (Photo by Mark Wilson/Getty Images)
Jacob Comfort Dog visiting with Matt, a teacher at Marjory Stoneman Douglas High School. Please continue to pray for this community and if you are moved, help with travel expenses for the LCC K-9 Comfort Dogs by visiting the link in our profile. #k9comfortdogs #marjorystonemandouglas #stonemandouglas #florida #travel #traveling #travelgram #dogs #goldenretriever #dogsofinstagram #dogstagram #puppy #puppies #instapic #instagram
This is Jacob, he’s a “comfort dog” whose been to Las Vegas, Orlando and now Parkland to comfort victims of mass sh… https://t.co/a4pRIkffmm
Emergency Appeal: LCC K-9 Comfort Dogs Deploy to Marjory Stoneman Douglas High School - Parkland, Florida in Response to Mass Shooting - If you are moved to help with travel expenses, please visit the link in our profile. #parkland #marjorystonemandouglas #florida #dogs #dogsofinstagram #dogstagram #travel #traveling #travelgram #goldenretriever #animals #love #comfort
Want to know where the closest @lccharities @comfortdogs is to you? Visit http://onelink.to/tf87b9 on iPhone/Android today to download the LCC Now App and you’ll get access to maps, eBooks, exclusive videos, and more! #app #map #dogsofinstagram #puppy #goldenretriever #dogstagram
Humane Society of Broward County Animal Assisted Therapy dogs arrive at Marjory Stoneman Douglas High School on Sunday, February 25, 2018, for an open house as parents and students returned to the school for the first time since 17 people were killed in a mass shooting at the school in Parkland on February 14, 2018. (David Santiago/Miami Herald/TNS via Getty Images)
Up Next

Nikolas Cruz, a 19-year-old former student of the school, has been charged with 17 counts of premeditated murder in the assault.

Many of the student survivors of the massacre have since advocated for tougher gun-control laws. They have been widely interviewed on national television and have traveled to meet politicians in Tallahassee, the state capital, and U.S. President Donald Trump in the White House. (Reporting by Jonathan Allen and Gina Cherelus in New York; Editing by Colleen Jenkins and Jonathan Oatis)