Woman searching for family heirloom after mistake at repair shop 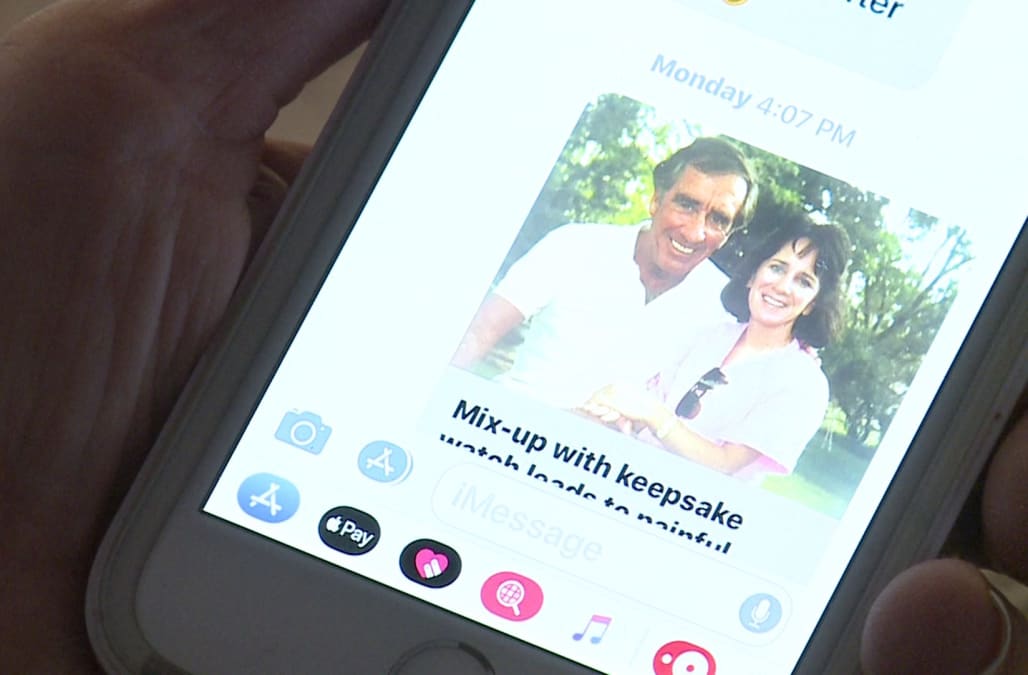 A watch that belonged to Kathleen Melchior’s deceased father Bruce is now in the hands of a stranger who picked it up by mistake.

Melchior said she hasn't been without the Seiko watch since losing her father more than 25 years ago.

“It is just devastating to me that I don't have my dad's watch," she said.

Melchior said she took the watch in to have a battery replaced at the Right Time International Watch Center in Highlands Ranch six weeks ago.

After waiting near the counter for about 10 minutes,  she noticed another customer picking up a watch that seemed strangely similar.

“Seeing the band of the watch, I thought wow that looks just like my dad's band," Melchior said.

The woman did not look at the watch, but accepted it and left the store.

Employees tried to catch her in time once they realized she had the wrong watch, but the woman had already left the parking lot.

“I was devastated, probably in a state of shock, I just stood there for a minute thinking how could this possibly have happened," Melchior said.

The store does not have the customer's name or contact information, but said it is trying to help Melchior locate the watch, even posting about the mistake on its Facebook page.

Melchior said the store employees have been very kind to her and she does not harbor any ill will toward them, saying it was an honest mistake.

She describes the mystery woman as having short blonde hair and being about 5-foot-8. The watch the woman was supposed to pick up is a Citizen brand  and has the name of the woman’s father, Nikolas,  inscribed on the back.

In contrast, Melchior’s father’s watch is a two-tone gold Seiko, has a few scratches and no inscription.

Melchior said she hopes the customer who mistakenly accepted her father’s watch will bring it back to the store.

“Please look in your purse, if you have my dad's watch go back to Right Time and your watch is waiting here for you," Melchior said. "It means the world to me.”

The store emphasizes the customer will not face any consequences for accepting the mistaken watch.

Anyone with information is asked to contact Right Time International Watch  Center at 303-862-3900.