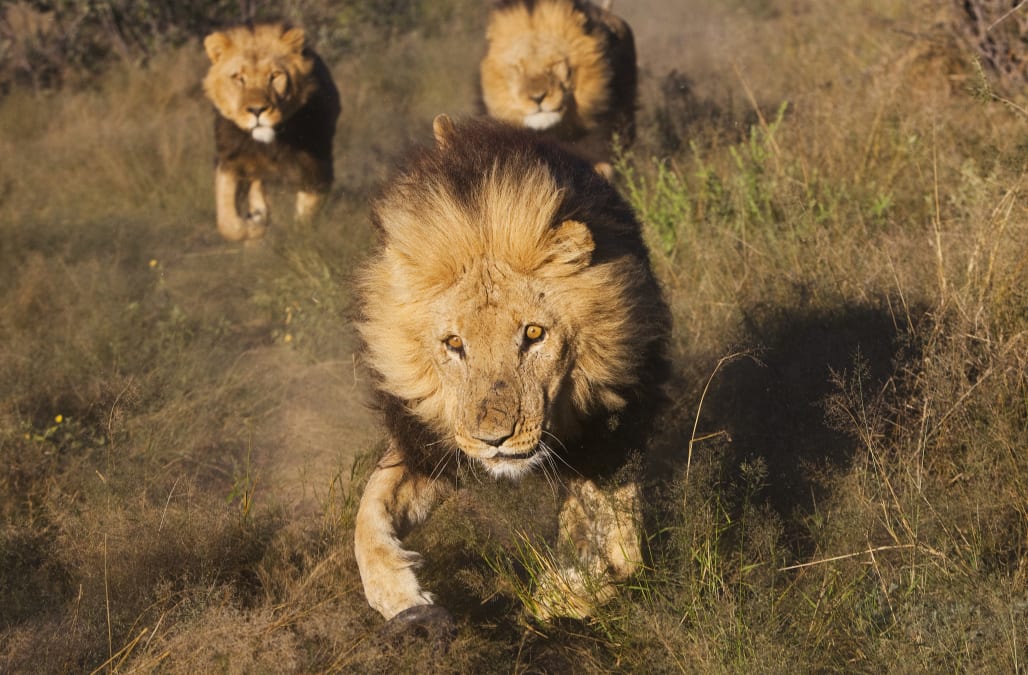 A day at a safari park turned into a scary ordeal after a pride of lions charged at a family's car.

Abi Tudge, her two children and a friend were at West Midlands Safari Park in Bewdley, Worcestershire, when their car became trapped in the lion enclosure for 50 minutes after rangers closed the gates for safety reasons.

Tudge, 23, said that all of a sudden, the pride of lions inside the enclosure bolted towards her car and lept on top of the vehicle, leaving behind dents and scratches.

She said she and her friend feared the car's windows could have been smashed by the animals and that the experience left them feeling shaken.

"We were so [shaken] up and trying to make sure the children were okay," she said.

And despite the damage to the vehicle, no one was hurt during the incident.

"I'm due to take the car in for a service later this week," Tudge said. "They're going to think I'm bonkers when I try to explain that to them."