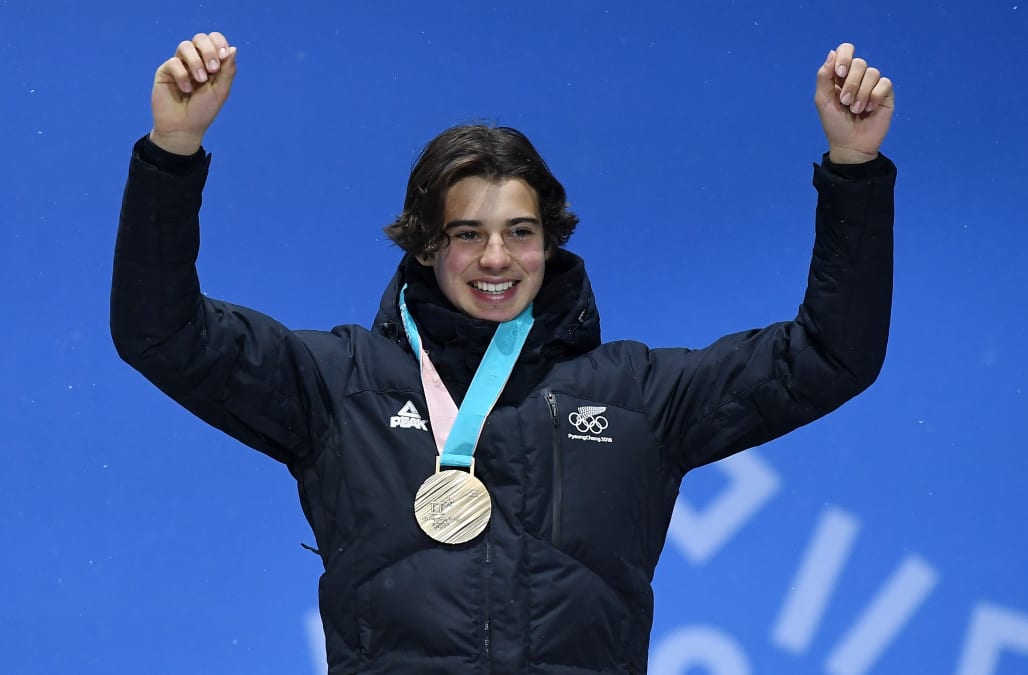 New Zealand first appeared at the Winter Olympics in 1952 in Oslo, Norway. It took the Kiwis 40 years to reach the podium, when Annelise Coberger earned silver in the slalom in 1992 at Albertville to become the first athlete from New Zealand — and the first from the Southern Hemisphere — to take home a Winter Olympics medal. And ever since that breakthrough, New Zealand had been stuck on just that one medal.

On Thursday in PyeongChang, New Zealand added not one, but two medals to its all-time Winter Olympics tally, tripling the country’s count from where it was coming into the day. And it has a couple of 16-year-olds to thank for that.

Zoi Sadowski-Synnott broke the 26-year medal drought with a bronze in the women’s snowboarding big air competition. Sadowski-Synnott, who was born in Australia but moved to New Zealand at six years old, has a New Zealander father and an American mother. Following an impressive 2017 World Championships in which she took silver in slopestyle and fourth in big air, she came into PyeongChang with high hopes despite her young age.

She delivered. After a disappointing 13th-place finish in slopestyle, she had a week to regroup for big air. Sadowski-Synnott breezed through qualification safely and posted a 65.50 on her first run, putting her in seventh place. Needing to make a big move, Sadowski-Synnott put down a massive jump, earning a 92.00, the highest score of any snowboarder in the finals. Her combined score of 157.50 put her well clear of fourth and behind only gold medalist Anna Gasser of Austria and silver medalist Jamie Anderson of the United States.

Shortly after, fellow teenage New Zealander Nico Porteous captured bronze in the men’s ski halfpipe. Unlike big air, which takes the best two of a finalist’s three runs, ski halfpipe takes the best single run out of the three that finalists lay down. After starting with a 82.40, Porteous, like Sadowski-Synnott, produced a big second run, posting a 94.80 and moving into first place after two runs. But on the third run, Americans David Wise and Alex Ferreira put down huge runs, nudging past Porteous to win gold and silver, respectively. New Zealand, though, not only took bronze but also fourth, with Porteous finishing just over three points ahead of fellow countryman Beau-James Wells.

With Sadowski-Synnott and Porteous at the helm, the outlook for future Winter Olympics success is bright. They should both be strong contenders for medals four years from now in Beijing and, if they continue at this pace, well beyond. Now with three medals, New Zealand moves past Spain, Luxembourg and North Korea for all-time winter medals and currently sits one behind the now-nonexistent Yugoslavia.