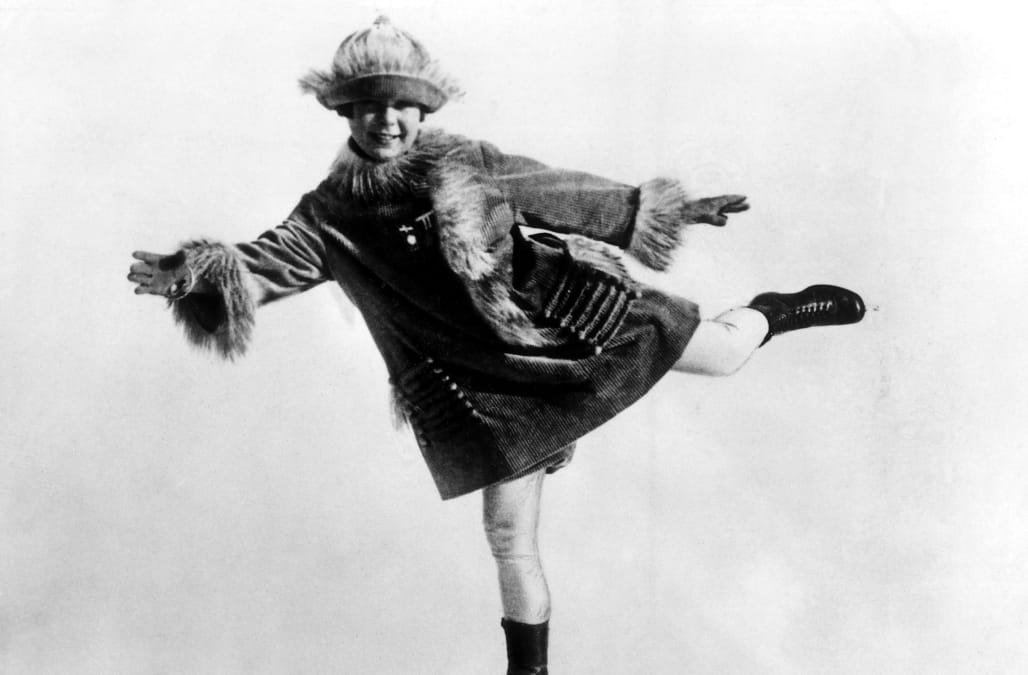 Women’s figure skating is, hands down, one of the most visually stunning events to watch at the Olympics. Not only do the athletes put on an impressive display of grace and skill, they also dazzle us with their glittering costumes.

Glitter and crystals, however, weren’t always the norm in the world of figure skating. In fact, at the 1924 games in Chamonix, France, women wore full skirts with sweaters and hats that didn’t look much different from their everyday clothes (which makes sense, considering Olympic skating rinks used to be outdoors). In 1936, though, Norwegian skater Sonja Henie changed the game when she competed in a skirt with a comparatively short hemline. From then on, hemlines continued to go shorter.

In terms of decoration, most skating outfits were quite plain during the World War II era, as fabric shortages led skaters to favor simple silhouettes with less fabric and little embellishment, according to Insider. Through the ’50s and ’60s, women’s costumes were still quite basic and generally featured high necklines with flared skirts. By the ’70s, lower necklines were making their way onto the ice and embellishments also started gaining popularity.

Then the ’80s rolled around, and spandex, sparkles, chiffon, sequins and beads reigned supreme. One outfit, a feathered blue number worn by East Germany’s Katarina Witt at the 1988 Olympic games (pictured below), was deemed too scandalous by the International Skating Union. As a result, the ISU changed dress code rules and introduced “The Katarina Rule,” which stated that women’s hips, midriffs and buttocks had to be covered with a skirt, as noted by The Atlantic. That same year, American skater Debi Thomas made waves by wearing a full unitard for competition, which led to a ban on costumes without skirts.

In the 1990s, another trend that emerged was designer costumes. Skaters like Nancy Kerrigan and France’s Surya Bonaly skated in costumes designed by Vera Wang and Christian Lacroix, respectively.

The no-skirt ban was lifted in 2003, per The Boston Globe, and full leotards became acceptable; most recently, Mae Berenice Meite of France competed in Pyeongchang wearing a bedazzled unitard, while Russia’s Irina Slutskaya wore a sparkly one-piece at the 2006 Olympics.

These days, embellishments are still popular as ever and short skirts are still No. 1. Skaters also favor illusion mesh and backless designs that mirror dresses we see on runways and red carpets.

Click below to see the stunning evolution of women’s figure skating costumes through the years: