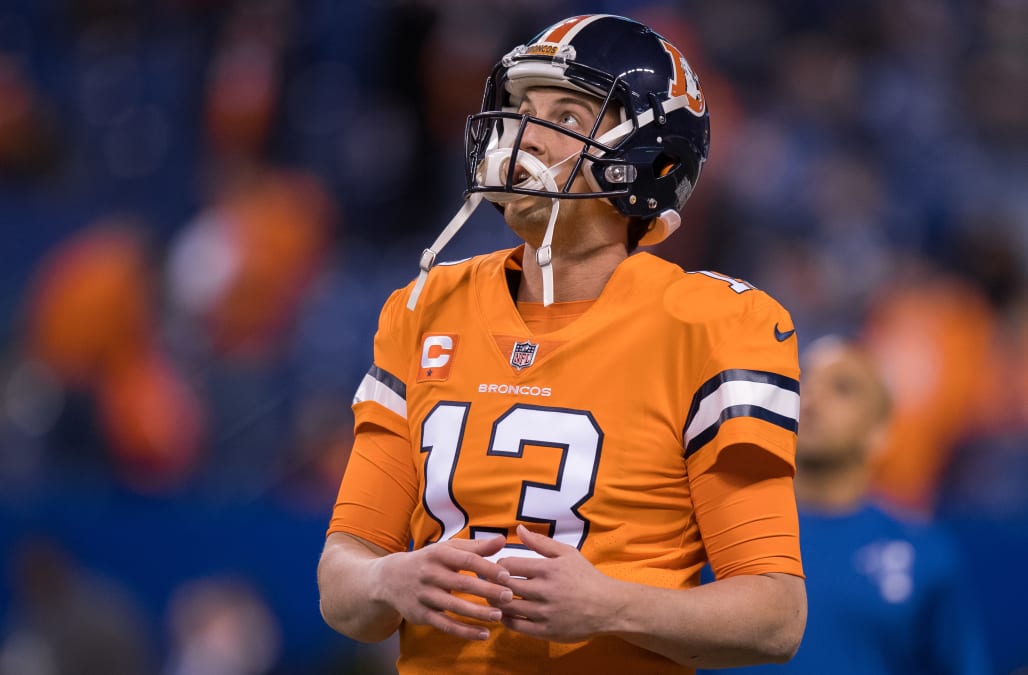 The Denver Broncos are expected to discuss trading quarterback Trevor Siemian during conversations with opposing teams at the NFL Scouting Combine next week, according to an NFL Network report.

Siemian, 26, won the team's starting job during training camp in each of the last two seasons but will likely be the odd man out as the team looks to upgrade at quarterback in free agency or the draft. Paxton Lynch, who Denver traded up to take in the first round in 2016, is expected to remain on the roster.

A seventh-round pick out of Northwestern in 2015, Siemian beat out Lynch and Mark Sanchez in the 2016 preseason to replace the retired Peyton Manning for the then-defending Super Bowl champions. He started 14 games that season, throwing for 3,401 yards, 18 touchdowns and 10 interceptions and posting an 8-6 record.

Siemian beat out Lynch again in the 2017 preseason, but went on to start just 10 games while battling injuries and being benched. He finished with 2,285 passing yards, 12 touchdowns and 14 interceptions while going 5-5 as a starter.

He is recovering from surgery on his left shoulder stemming from a season-ending injury suffered in Week 15. It is the second time in as many offseasons that Siemian has had surgery to repair an issue in his non-throwing shoulder.

The Broncos also have 2017 seventh-rounder Chad Kelly on their roster, while Brock Osweiler will become a free agent on March 14.