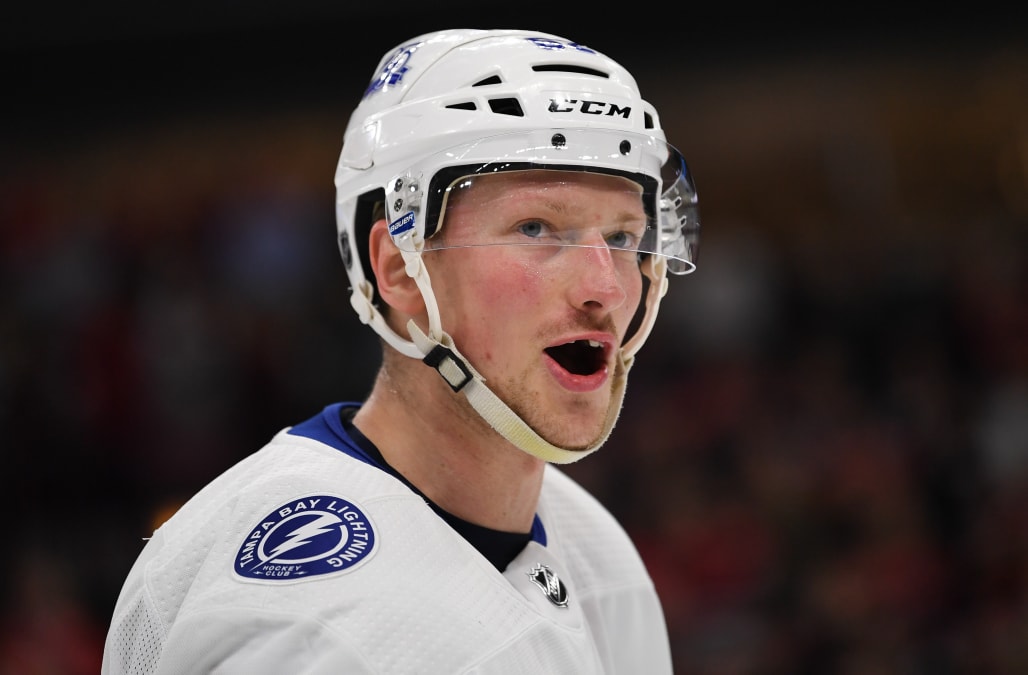 During the Tampa Bay Lightning's recent game against the New Jersey Devils, Bolts defenceman Andrej Sustr came to the defense of a teammate and left with a broken visor and the end to any hopes of a modeling career.

The incident came in the second period when the Lightning's Yanni Gourde was checked into the boards by Miles Wood of the Devils.

During the ensuing fight, Sustr's visor cracked in half, leaving him with blood streaming down his face. He left the game and needed 15 stitches in his face.

Sustr shared photos showing before and after the team doctor's needlework. He also found humor in the injury as he joked about the end to his modeling career.

WARNING: Some may find the following images disturbing.

Sustr is a hockey player, so of course he returned to the game in the third period after getting stitched up.

Here is video of the fight.

NOW WATCH: JIM ROSS: Here's who will take over WWE after Vince McMahon

SEE ALSO: The best photos of the Winter Olympics so far

DON'T MISS: The rest of our Winter Olympics coverage