Donald Trump Jr. admitted a decade ago that many family assets come from Russia 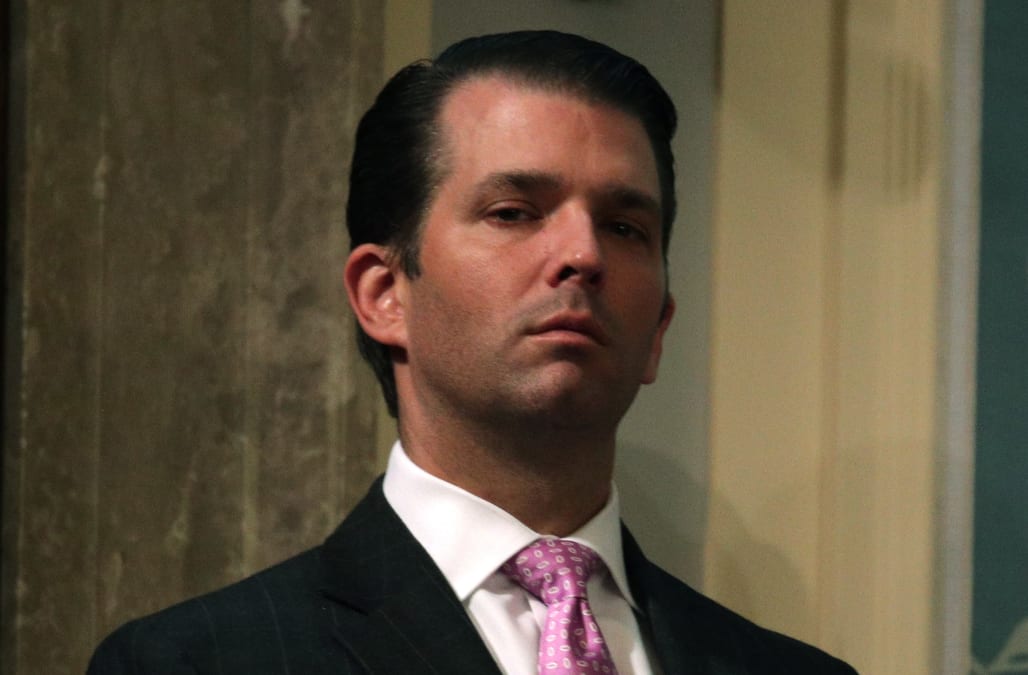 During a New York real estate conference in 2008, President Donald Trump's eldest son admitted that a lot of the family's assets come from Russia.

"And in terms of high-end product influx into the US, Russians make up a pretty disproportionate cross-section of a lot of our assets," Donald Trump, Jr. said while speaking at a New York real estate conference in 2008. "Say in Dubai, and certainly with our project in SoHo, and anywhere in New York. We see a lot of money pouring in from Russia."

The curious quote resurfaced in The New York Times columnist Thomas Friedman's latest op-ed, published on Sunday, which tears into Trump and his handling of Russian interference in the 2016 election.

"President Trump is either totally compromised by the Russians or is a towering fool, or both, but either way he has shown himself unwilling or unable to defend America against a Russian campaign to divide and undermine our democracy," Friedman wrote.

While much of Friedman's column was speculation, the decade-old quote from Trump, Jr. sheds new light on the Trump family's past financial holdings, although it does not implicate the Trumps in any illegal activity.

Liberals have used Trump, Jr.'s words to illustrate their belief that Russia may have leverage over Trump because of his previous business dealings in the country.

"My guess is what Trump is hiding has to do with money," Friedman said in his column. "It’s something about his financial ties to business elites tied to the Kremlin. They may own a big stake in him."

As far as we know, the Justice Department's investigation into Russian election meddling and whether Trump coordinated with any Russians in their efforts, has not found any evidence that Trump or members of his presidential campaign colluded with Russia in their attempts to sway the 2016 election.

But the investigation is ongoing, and Mueller has not ruled out the possibility.

Last week, the investigation took a turn when Mueller's office announced the indictment of 13 Russians and three Russian companies for sowing political discourse and meddling in the US political system in the run-up to the 2016 election.

"It's very clear that Russia meddled in the election," Sanders said during a press conference on Tuesday. "I think one of the places where you [reporters] seem to get very confused — and it seems to happen regularly — is the president hasn't said that Russia didn't meddle. What he's saying is that it didn't have an impact and it certainly wasn't with help from the Trump campaign."

Trump, who has repeatedly called the Russia investigation a "witch hunt," insists that there was no collusion.

"Russia started their anti-US campaign in 2014, long before I announced that I would run for President," Trump said in a tweet last week. "The results of the election were not impacted. The Trump campaign did nothing wrong - no collusion!"

SEE ALSO: Sarah Sanders gave a cryptic answer about a forthcoming 'incident' while being grilled over Trump's stance toward Russia