Democrat picks up seat in special election for Kentucky legislature 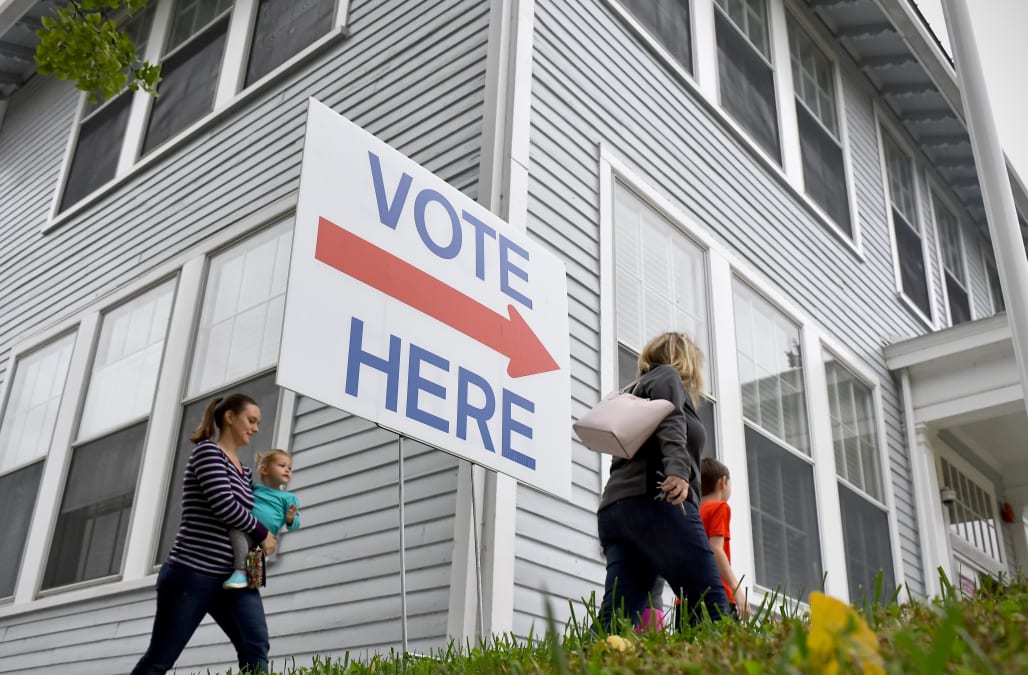 (Reuters) - A Democrat easily won a Kentucky House of Representatives special election on Tuesday, the 37th U.S. legislative seat flipped to the party from Republicans since Donald Trump's 2016 election as president, the Democratic National Committee said.

Linda Belcher won by more than a 2-1 margin over Republican Rebecca Johnson, the widow of a Republican whose death in December led to the election.

Belcher had held the seat before being narrowly defeated by Dan Johnson as Republican Trump won the presidency in November 2016. In Kentucky's 49th House District, which is south of Louisville, Trump outpolled Democrat Hillary Clinton by 72 percent to 23 percent in the presidential vote.

Phil Murphy, the Democratic Party nominee for Governor of New Jersey, reacts to a cheer after voting in Middletown, New Jersey, U.S., November 7, 2017.

He will serve in the position Chris Christie will be leaving.

Andrea Jenkins won a seat on the Minneapolis City Council, becoming the first openly transgender person of color ever elected to public office in the U.S.

UNITED STATES - SEPTEMBER 10: Chris Hurst, whose girlfriend Alison Parker, a reporter for WDBJ-TV reporter, was killed on air last month, greets Gov. Terry McAuliffe, D-Va., during a rally on the East Front lawn of the Capitol to demand that Congress take action on gun control legislation, September 10, 2015. The event, titled #Whateverittakes Day of Action, was hosted by Everytown for Gun Safety and featured speeches by political leaders and families of gun violence victims. (Photo By Tom Williams/CQ Roll Call)
BLACKSBURG, VA - JULY : Chris Hurst, Democratic candidate for the VA House of Delegates, speaks with Sue Elliott, left, while canvassing a neighborhood in his district on Tuesday, July18, 2017 in Blacksburg, Va. (Jay Westcott/For The Washington Post via Getty Images)
Up Next

Dan Johnson, who had been facing sexual assault allegations, was found dead in mid-December of a probable suicide, a coroner said.

Belcher's election will not affect control of the House by Republicans, who hold 62 of the 100 seats.

"Congratulations to Representative-elect Linda Belcher on her victory in today’s special election, which flipped yet another Republican-held seat from red to blue in a district that Trump won easily in 2016," Democratic National Committee Chairman Tom Perez said in a statement.