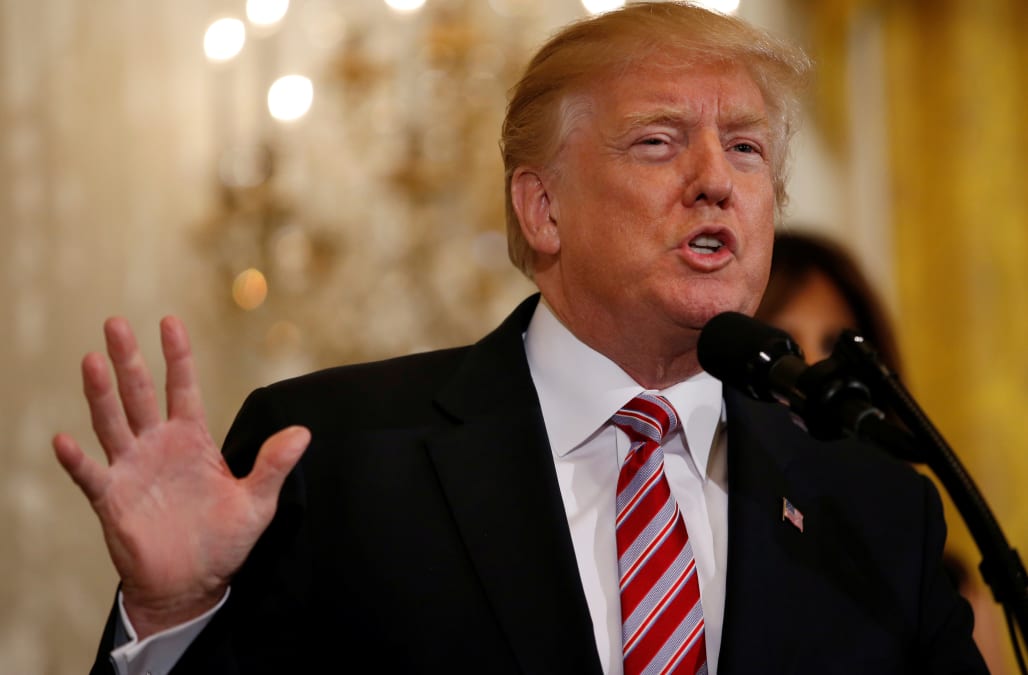 WASHINGTON — The Trump administration announced Tuesday that it is moving to expand the use of low-budget temporary insurance, which could offer customers a cut-rate alternative to plans on the Affordable Care Act's exchange, but undermine more comprehensive insurance for others.

The proposed rule, which stems from an executive order by President Donald Trump, would allow people to buy short-term plans for up to a year instead of just the three months previously allowed. Unlike the ACA's plans, they are not required to cover pre-existing conditions, cover specific treatments, or provide unlimited benefits.

The plans are normally supposed to cover a brief lapse in coverage, but the order makes it easier to rely on them as primary insurance. Health experts say they're likely to be cheaper, but they could raise premiums for patients who need comprehensive plans through Obamacare by siphoning away young and healthy customers into a separate market.

The administration predicts 100,000 to 200,000 individuals are likely to purchase short-term insurance coverage.

Administration officials say the goal is to provide cheaper options for Americans who can't find an affordable plan through Obamacare. The law's subsidies rise to match changes in premiums for people making below 400 percent of the federal poverty line, but for middle class customers who make too much money to qualify for aid, rising premiums have become an increasing barrier to access.

"For the millions of Americans who now find themselves priced out of the individual market, this proposal provides a new option for affordable coverage," CMS Administrator Seema Verma told reporters in a call on Tuesday.

But health care advocates critical of the change argue the administration's actions are deliberately driving up costs for Obamacare customers, many of whom can't get by with cheap plans that may not cover a chronic illness or unexpected medical emergency.

RELATED: Protests for and against Obamacare

"The Trump administration should stop hurting people with pre-existing conditions, stop pushing skimpy plans, and stop raising costs up for millions of Americans. They must call off this harmful proposal," Protect Our Care Campaign Director Brad Woodhouse said in a statement.

Democrats have proposed expanding federal aid for Americans to buy health care and taking more modest steps to stabilize premiums on Obamacare's exchanges, some of which are included in bipartisan legislation negotiated in the Senate last year, rather than turning to skimpier plans.

The move is one of several by the administration that take aim at the Obamacare marketplace and have the likely effect of raising premiums. Trump signed a tax bill late last year that will end the individual mandate, which requires people to maintain coverage or pay a penalty, and the nonpartisan Congressional Budget Office predicts it will raise premiums by 10 percent annually while adding millions to the ranks of uninsured.

The White House is also proposing to expand the use of association plans, which could serve as a cheaper and less generous alternative to Obamacare for small businesses and self-employed workers, but could raise prices for companies and individuals who need more comprehensive care.