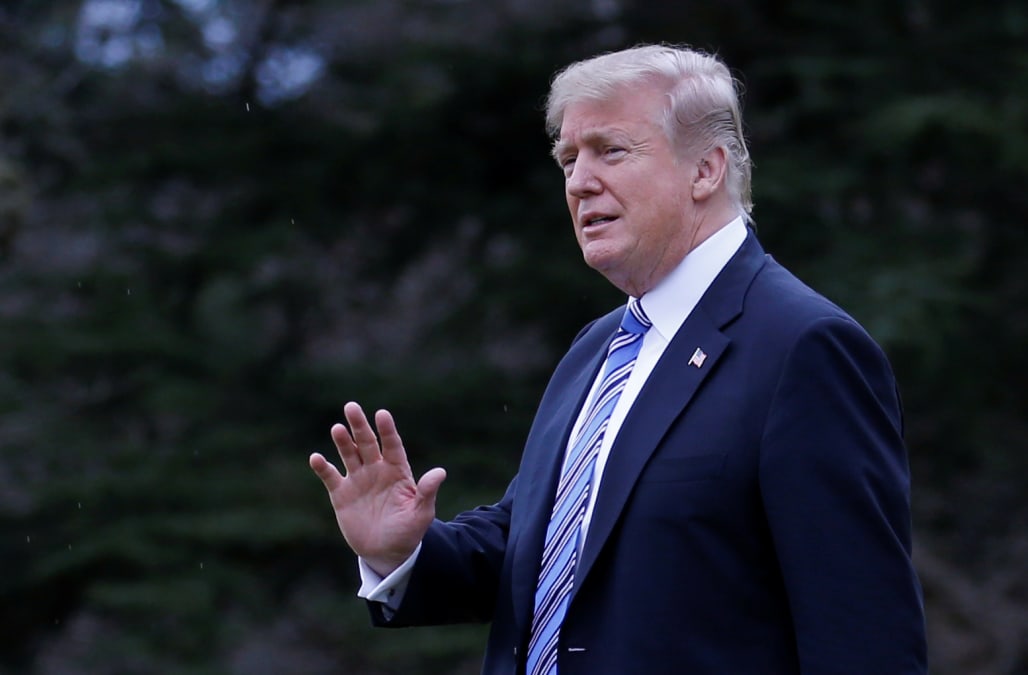 President Donald Trump lashed out Tuesday at a woman accusing him of sexually assaulting her in Trump Tower, tweeting that he had “never met” her.

A woman I don’t know and, to the best of my knowledge, never met, is on the FRONT PAGE of the Fake News Washington Post saying I kissed her (for two minutes yet) in the lobby of Trump Tower 12 years ago. Never happened! Who would do this in a public space with live security......

....cameras running. Another False Accusation. Why doesn’t @washingtonpost report the story of the women taking money to make up stories about me? One had her home mortgage paid off. Only @FoxNews so reported...doesn’t fit the Mainstream Media narrative.

Trump appeared to be referring to Rachel Crooks, one of the 19 women to have come forward with sexual misconduct allegations against him. On Tuesday, The Washington Post profiled Crooks, who is running for state representative in Ohio.

“It all happened at Trump Tower,” Crooks told the Post. “I had just moved to New York, and I was working as a secretary for another company in the building. That’s where he forced himself on me.”

Crooks first publicly accused Trump of sexual misconduct as part of an October 2016 report in The New York Times. She said Trump kissed her without her consent when she was a 22-year-old receptionist for the investment firm Bayrock Group, located at Trump Tower in New York City.

“It was so inappropriate,” Crooks told the Times. “I was so upset that he thought I was so insignificant that he could do that.”

Trump has repeatedly denied all allegations of sexual misconduct.