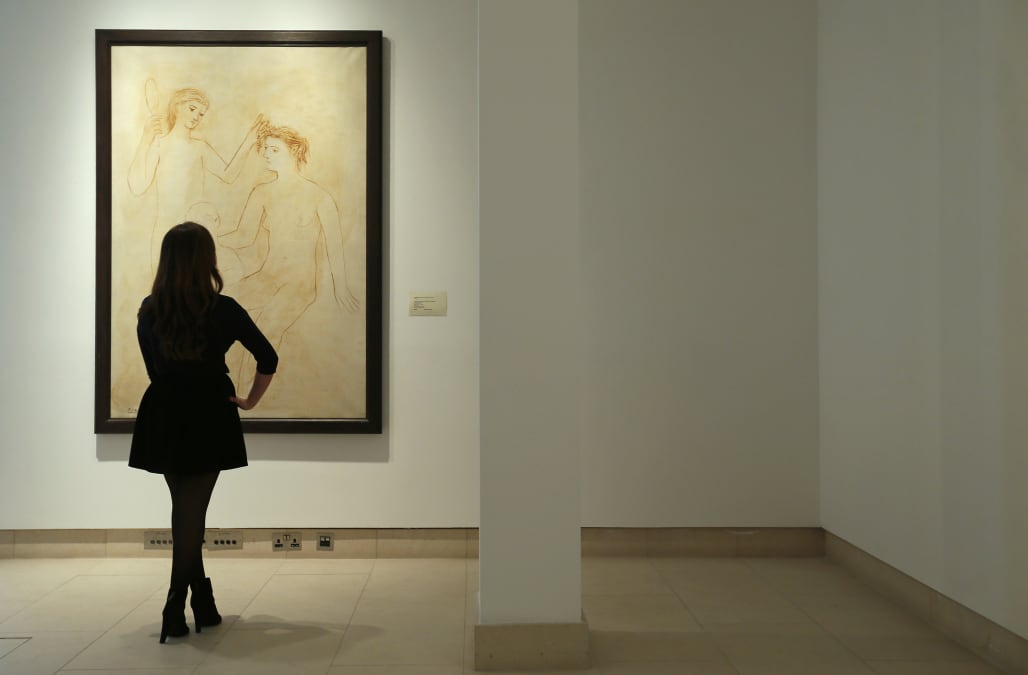 A scientific analysis of Pablo Picasso’s ‘The Crouching Woman’ revealed that the artist made a significant compositional change during the painting’s creation.

Researchers with a variety of institutions including the Northwestern University, the Art Institute of Chicago, and the Art Gallery of Ontario used “an X-ray fluorescence imaging instrument” and other non-invasive means, to view the paint layers beneath the finished work.

The painting as it’s typically seen features a woman hunched over and wrapped in a blanket.

It appears that Picasso originally painted the figure with one of her arms showing and later made the decision to conceal it under the cover.

The team also provided additional insights into how the painting by another artist already known to exist behind Picasso’s work may have influenced the final image.

Originally, the canvas featured a mountainous landscape crafted by an unknown Barcelona painter.

A release from Northwestern University noted that Picasso rotated the existing image “90 degrees to the right” and “incorporated the lines of the cliff edges into the woman’s back.”

“We now are able to develop a chronology within the painting structure to tell a story about the artist’s developing style and possible influences,” Sandra Webster-Cook, one of the researchers, said.

More from Aol.com:
Photos of the week: 2/9 - 2/16
Pilot forced to make emergency landing after fight breaks out over farting passenger
Suspected poacher mauled to death by pack of lions in South Africa