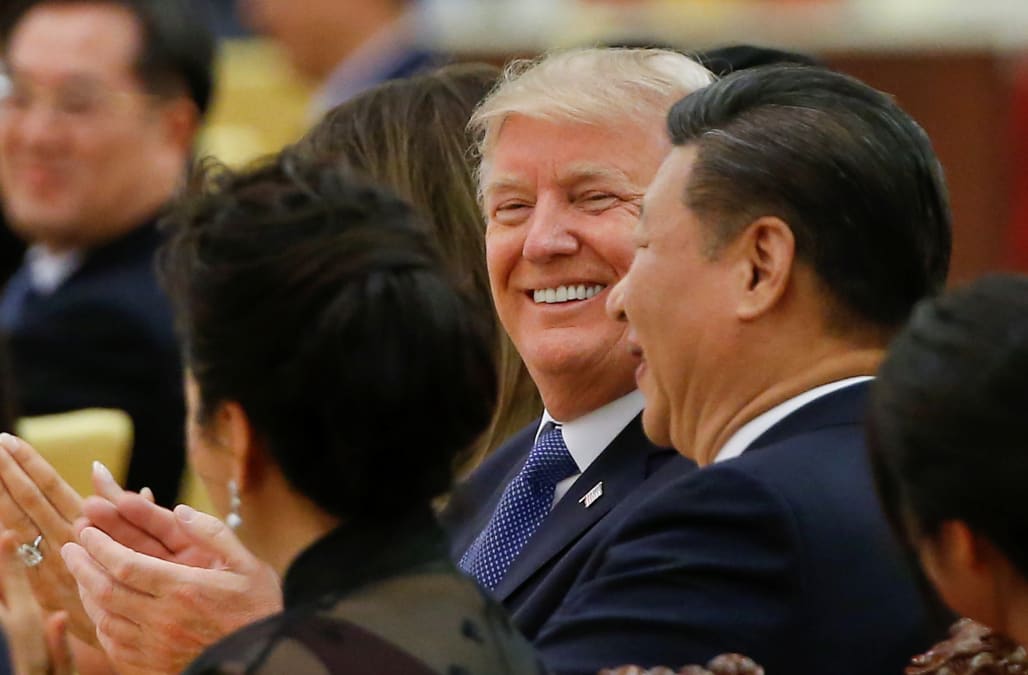 During President Donald Trump's visit to Beijing last November, a US Secret Service agent reportedly tackled a Chinese security official after attempts to block the movement of the "nuclear football."

The nuclear football, officially known as the "president's emergency satchel," is a black leather briefcase that allows the US president to authorize a nuclear strike while away from a command center. It is carried by a military aide and is supposed to be in close proximity to the president at all times.

But according to a report from Axios, when Trump met with President Xi Jinping in Beijing's Great Hall of the People, Chinese security blocked the entry of the aide carrying the nuclear football.

A US official quickly informed Trump's Chief of Staff John Kelly who "rushed over" and told US officials, "We're moving in."

RELATED: A look back at President Trump in China

As the US delegation started moving into the hall, a Chinese security official "grabbed Kelly" who pushed away the man's hand, according to Axios. It was then that a US Secret Service agent tackled the security official to the ground.

The briefcase was reportedly never touched by a foreign official, but the head of the Chinese security head later apologized about the incident.

Five sources confirmed the incident, which reportedly ended almost as quickly as it begun, according to Axios.

Last year, during one of Trump's many visits to his Mar-a-Lago resort in southern Florida, a club member took a photo of a military aide who was reportedly responsible for carrying the nuclear football and posted it on Instagram. The incident raised concerns over whether the briefcase is still the best way for highly sensitive military information to be made available to the president on short notice.

RELATED: US Secret Service through the years

SEE ALSO: Bill Clinton once lost the nuclear codes for months, and a 'comedy of errors' kept anyone from finding out