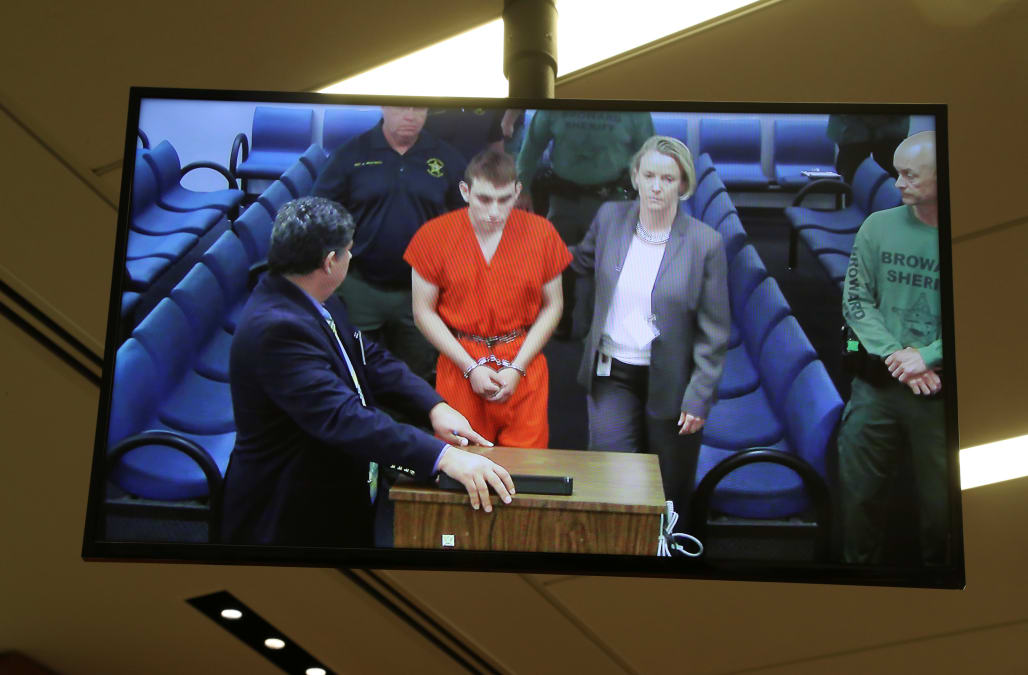 The Florida Department of Children and Families opened a file on Cruz in 2016 after being alerted to his Snapchat posts showing him cutting his arms and saying he wanted to buy a gun, according to a state report first obtained by the South Florida Sun-Sentinel.

Agency investigators visited Cruz at his home and questioned him, ultimately identifying him as a "vulnerable adult due to mental illness" including depression, autism, and attention-deficit hyperactivity disorder, which he was medicated for.

The report noted that Cruz's mother attributed his behavior to "a breakup with a girl." It also documented one incident where Cruz drew a Nazi symbol and racial slur on his book bag, until his mother forced him to clean it off. She said Cruz told her he hadn't known what the symbol meant.

Yet despite those incidents, state investigators closed Cruz's case two months after opening it, determining that the "final level of risk is low," as Cruz "resides with his mother, attends school and receives counseling."

But by the time of Wednesday's shooting, Cruz had lost access to at least two of those support networks — his mother died several months ago and he was expelled from his high school. It's unknown if he was still seeing a counselor.

RELATED: A timeline of how the Florida high school shooting unfolded

A timeline of how the Florida high school shooting unfolded

According to CNN, people first heard shots at 2:30 p.m. Several witnesses have said the gunman pulled the fire alarm before shooting so that people would run into his line of fire.

Appears there are at least 5 people injured at Marjory Stoneman Douglas High School in Coral Springs after reports… https://t.co/GB3K6tliYy

Avoid the area of Stoneman Douglas HS. #BSO is currently working a developing incident regarding a report of active shooter.

Still locked in. I checked the local news and there is 20 victims. Long live Majory Stoneman Douglas High. https://t.co/4kQMAlCBWt

Deputies said that Cruz tried to hide himself among the students running away from the shooting.
They eventually identified him by examining surveillance footage and picking him out from the crowd. A witness told the Miami Herald newspaper that Cruz had put on a military ROTC uniform like those used in class while he was running.

Shortly after the tweet, some students who survived the shooting responded in anger.

4:30 p.m.: The Associated Press reports that the shooting resulted in "numerous fatalities," the first indication that victims had died.

4:59 p.m.: Sheriffs say students are still inside the school and are being removed from classrooms by SWAT teams. The school has about 3,100 students.

It lists Cruz's date of birth, physical characteristics, and lists the 17 separate murders with which he has been charged.

Throughout the morning, we learn new details about Cruz's personal history. Cruz was adopted. He had been living with the family of a classmates since both of his adoptive parents are deceased, ABC News reported.

Around 10:30 a.m.: FBI special agent Robert Lasky confirms that a YouTube user named Nikolas Cruz posted, "I'm going to be a professional school shooter" in the comments section of a video in September.

The FBI was unable to confirm whether the account that made the comment belonged to Cruz, the suspected school shooter.

"It is not enough to simply take actions that make us feel like we are making a difference," Trump said. "We must actually make that difference."

The speech focused on combatting mental health. Trump also said he plans to visit Parkland to console families and local officials at some point in the near future.

"The violence has to stop. We cannot lose another child in this country to violence in a school," Scott said at a news conference on Thursday. "If someone is mentally ill, they should not have access to a gun … None of us want anything like this to happen again."

PARKLAND, Fla. (AP) — Leader of white nationalist group has confirmed suspect in Florida school shooting was member of his organization

Around 2 p.m.: A judge ordered Cruz held without bond on 17 murder charges.

The secretary of the Florida Department of Children and Families, Mike Carroll, told The New York Times that "mental health services and supports were in place when this investigation closed."

News of the state investigation is just the latest in a series of revelations regarding Cruz's disturbing past. The local sheriff's office reportedly visited Cruz's home at least 39 times in the last seven years, in many cases to deal directly with Cruz's behavior.

The FBI also announced Friday that it failed to follow protocols after receiving a tip that Cruz had a "desire to kill people" and showed signs he might conduct a school shooting.

Meanwhile, Cruz's former classmates, teachers, and neighbors have all spoken to media in recent days about his history of talking about school shootings, getting into trouble, and harming animals, other people, and himself.

"This kid exhibited every single known red flag, from killing animals to having a cache of weapons to disruptive behavior to saying he wanted to be a school shooter," Howard Finkelstein, the Broward County public defender, whose office is representing Cruz, told The Times.

"If this isn't a person who should have gotten someone's attention, I don't know who is. This was a multisystem failure," he added.

SEE ALSO: A top GOP donor says he won't write another check to Republicans until they support an assault weapons ban