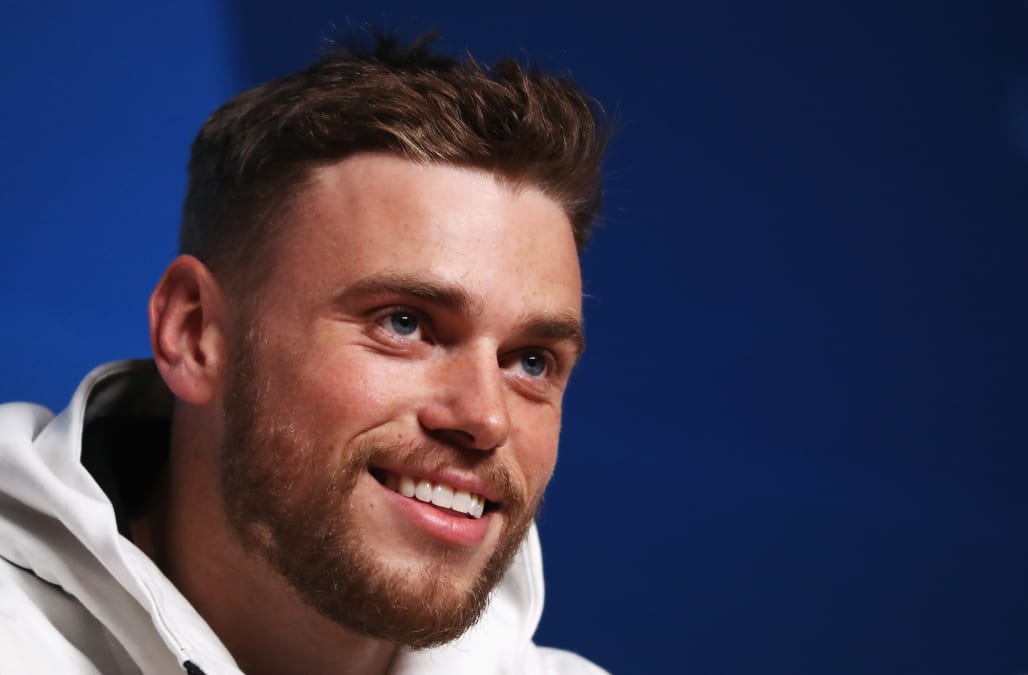 U.S. skier Gus Kenworthy’s casual kiss with his boyfriend at the Winter Olympics was broadcast on television, and sparked an outpouring of love online.

A first -- NBC just showed Gus Kenworthy getting a kiss from his boyfriend Matt Wilkas on live TV at the @Olympics. https://t.co/WlAgM5edYbpic.twitter.com/5M3hP3kYCk

A kiss from his boyfriend from the top of the slope and a wave of rainbow flags at the bottom! Gus Kenworthy, you're making so many LGBT Americans so very proud of you!!! 🏳️‍🌈🇺🇸 #Olympics#ItsGusBitch

I just saw Guys Kenworthy kiss his boyfriend on TV at the Olympics and I'm so happy. 🏳️‍🌈🏳️‍🌈🏳️‍🌈🏳️‍🌈

I had to rewind that and see it again. Amazing that yas did that on live tv. ❤️

That beautiful casual kiss between @guskenworthy and his boyfriend on @NBCOlympics — I’m old enough to understand how significant that is. ❤️🏳️‍🌈

This may seem like such a small normal thing to do , but to see people in your LGBTQ+ community being able to do this openly and freely.. well there is nothing like it. #RepresentationMatters

Kenworthy, 26, came out in 2015 and is one of two openly gay men competing for Team USA at the games. He scooped silver in the same event at the 2014 Winter Olympics in Sochi, Russia, and had planned to kiss his then-boyfriend in similar style. He ultimately decided against doing so.

After competing, Kenworthy said he hadn’t realized his smooch was being aired.

“But I think that’s amazing, that’s something that I wanted at the last Olympics was to share a kiss with my boyfriend at the bottom but I was too scared to do it for myself,” he said, per Reuters. “So to be able to do that to give him a kiss, to have that affection broadcast for the world is incredible.”

The only way to break down barriers was “through representation,” added Kenworthy, who said it was “definitely not something I had as a kid.” “I definitely didn’t see a gay athlete at the Olympics kissing their boyfriend and I think if I had it would have made it a lot easier for me.”

Wilkas, meanwhile, described the smooch as “such a little kiss.” “If I’d have known it was a big deal, I’d have made out with him,” he joked to the Associated Press.

Kenworthy, who some folks online believe is a dead ringer for “Game of Thrones” actor Richard Madden (aka Robb Stark), spoke out before the games about Vice President Mike Pence being a “strange choice” to lead the U.S. delegation at the opening ceremony.

After breaking his thumb during a practice on Wednesday, Kenworthy joked the “silver lining” was that he would not have to shake the hand of Pence, who has been forthright with his resistance to LGBTQ rights.

Broke my thumb yesterday in practice. It won't stop me from competing (obvi) but it does prevent me from shaking Pence's hand so... Silver linings! Will be giving my teammates (and literally everyone else) an enthusiastic "thumbs up!" of encouragement the rest of the trip. pic.twitter.com/XylPPGAq9P