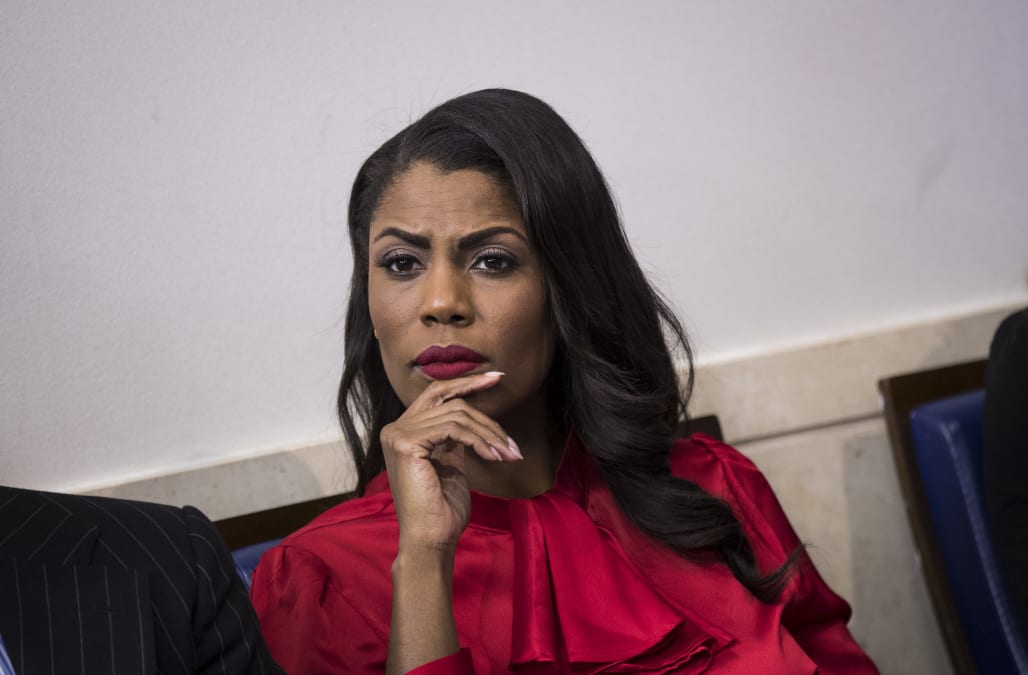 Omarosa Manigault Newman is adamant she's not one to sleep her way to the top — but others in the White House might be.

The former White House staffer and "Apprentice" contestant was grilled by fellow "Celebrity Big Brother" housemate Brandi Glanville about having an intimate relationship with the President — a theory she quickly denied.

"I'm not… There's somebody in the White House that's sleeping around with everybody, but she is not me… I've never had to do that," she explained, without revealing the staffer she was referencing.

RELATED: Omarosa over the years

Glanville, of "The Real Housewives of Beverly Hills," who also appeared on "The Apprentice," said she had heard that past "Apprentice" contestants slept with Trump.

Again, there were no names shared, according to Entertainment Weekly.

Manigault Newman previously told cast member Ross Matthews that she was "haunted by tweets" sent by the President while working as the director of communications for the White House Office of Public Liaison.

Matthews had asked for reassurance about the state of the county, but Manigault Newman certainly didn't give him any.

"I like to say not my problem, but I can't say that. It's bad," she said. She also nodded when Matthews asked if people should be worried.

"Don't say that. Because we are worried, but I need you to say it's going to be OK," Mathews responded.

"It's going to not be OK. It's not," she replied, which was caught on the house's live feed last week. "It's so bad."