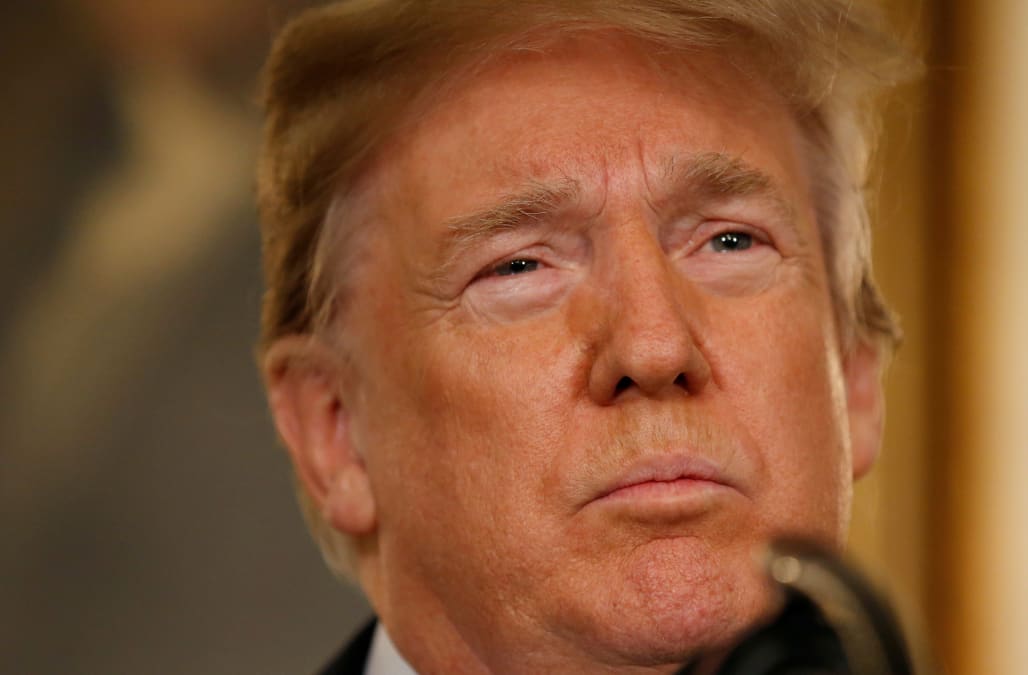 President Donald Trump addressed a grieving nation on Thursday in a speech on the school shooting that claimed 17 lives in Florida, and said what presidents before him have said — that something must be done.

But more than Barack Obama before him, Trump may be perfectly situated to get something done on gun control.

"It is not enough to simply take actions that make us feel like we are making a difference. We must actually make that difference," Trump said from the White House, in a speech where he avoided gun laws entirely.

Privately, Trump told those close to him that "we have to do something" and that he wants "to know what our options are," an administration source told Axios' Jonathan Swan.

In the speech, Trump also announced a trip to Parkland, Florida, where the shooting took place. On official visits, Trump likes to make announcements and have deliverables.

While Trump has typically responded to mass shootings by framing them as security or mental health issues, he can draw on his credibility with rank-and-file Republicans, the group that consistently blocked Obama's gun control efforts.

Late in his presidency, Obama said his "biggest frustration" was not passing gun control legislation. With control of all three branches of government, if Trump wanted to, he could succeed where Obama failed on an initiative that polling indicates would be widely popular.

Trump will talk to families of the victims of shootings at Sandy Hook and Columbine, as well as government officials over the next few weeks and "has a strong interest in background checks" and other options to make schools safer, according to Axios.

But it's entirely possible that Trump will stick to his position that gun violence is best treated by mental health and security initiatives rather than by restricting access to guns, which have already saturated much of the US.

Trump "said nothing about guns, nothing about gun control," in his speech, a source told Axios. "I don't think that's a real possibility ... But something to do with school safety or mental health, that's possible."

Additionally, the NRA campaigned hard for Trump, and continues to push for down-ticket Republicans as the 2018 midterm elections draw near. Trump values loyalty, and the NRA's loyalty may shape his decision.

SEE ALSO: We should start looking at ways to reduce death that have nothing to do with gun control