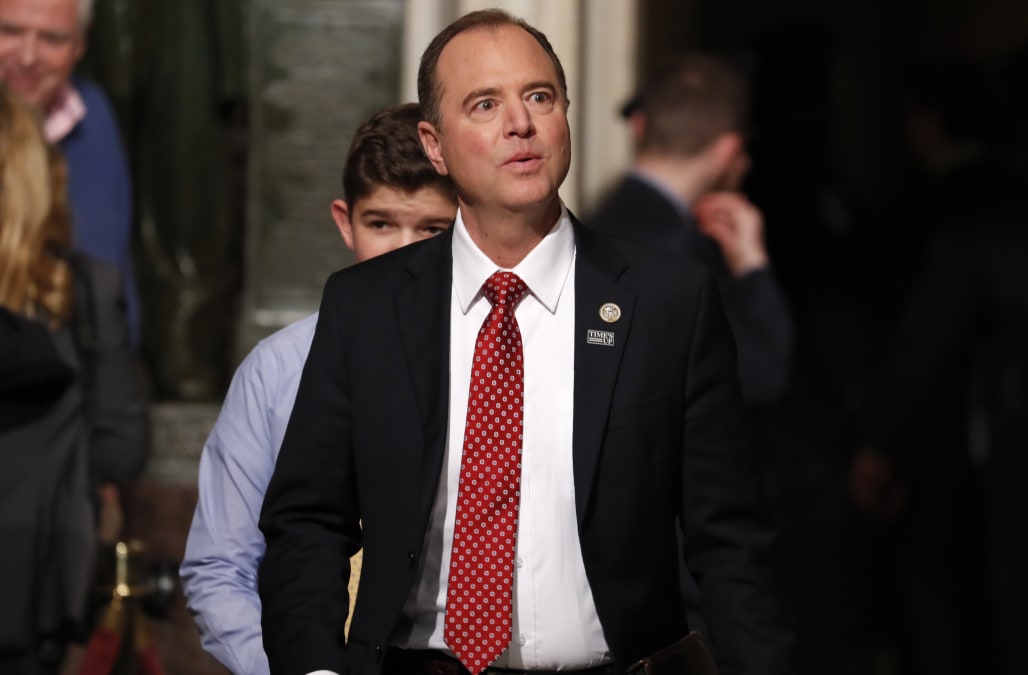 WASHINGTON — The Obama administration's muted response to the 2014 Sony hack may have laid the groundwork for Russia's meddling in the 2016 elections, a top Democrat argued Friday.

Rep. Adam Schiff, the top Democrat on the House Intelligence Committee, said the previous administration should have established a "more forceful deterrent" against potential adversaries considering cyber attacks against the U.S. or its institutions.

In late 2014 Sony Pictures confirmed it had been the victim of a "brazen cyber attack" that led to the personal data of current and former employees and their families being exposed.

U.S. officials blamed North Korea, saying the attack was likely a response to the planned release of a comedy film depicting a fictional plot to assassinate Kim Jong Un. The administration responded — publicly at least — only with additional economic sanctions, rather than a similar cyber retaliation.

"I think that others around the world watched that and determined that cyber is a cost-free intervention," Schiff said during an interview with NBC's Andrea Mitchell at the Council on Foreign Relations.

Russia's unusually brazen and "ham-handed" active measures campaign against the U.S. unfortunately coincided with a Republican candidate willing to embrace the help of an adversary, Schiff said.

"I'm certain that had John McCain or Mitt Romney been the nominee in 2016, they would have said, 'Russia, butt the hell out,'" Schiff said. "But that's not who Donald Trump was."

But the Obama administration shared some responsibility for what happened because of its response to Russia's actions.

"We should have called them out much earlier," Schiff said. "While I respect the motive in terms of the Obama administration, they didn't want to be seen as meddling, the American people had a right to know what was going on and could be trusted to do the right thing with it. And they should have defended being more public and aggressive at the time, at least in my view."

Just a month ago at the same venue, former Vice President Joe Biden defended the administration for not being more forceful in warning the public about Russia's activities. He said President Obama was constantly walking a political "tightrope" in not wanting to be seen as politicizing a foreign threat, but also that the full scale of Russia's efforts was not fully known until after the election.

"Had we known what we knew three weeks later, we may have done something more," Biden said during a Jan. 23 event at the Council on Foreign Relations.

During his remarks Friday Schiff also said he believed it was "likely" that the House Intelligence Committee would move to hold former White House chief strategist Steve Bannon in contempt of Congress for again refusing to answer key questions from the panel in its Russia investigation Thursday.

"I think there's really no choice for our committee but to move forward with contempt," he said. "If our committee or others in Congress establish a reputation that you can come in and you can just say no, and you can either give no reason for saying no or you can give the flimsiest of explanations."

More from NBC News:
White House officials are asked if they are vulnerable to blackmail
Trump may release a prisoner from Guantanamo
Steve Bannon met with Mueller multiple times over the past week