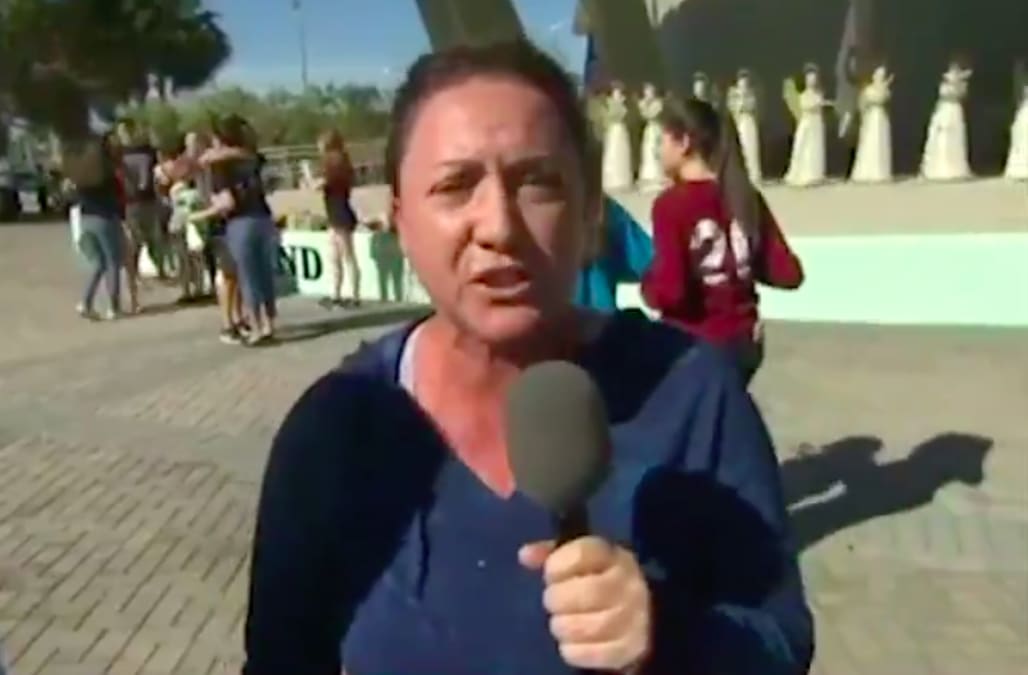 The mother of a girl who was killed during Wednesday's mass shooting at a Florida high school is demanding change from President Donald Trump in wake of her daughter's tragic death.

Lori Alhadeff, the mother of 14-year-old victim Alyssa Alhadeff, pleaded with the president through tears during a live CNN broadcast on Thursday, asking him to "please do something" about America's gun epidemic.

"How do we allow a gunman to come into our children's school? How do they get through security? What security is there?" Alhadeff screamed, her voice cracking. "The gunman — a crazy person — just walks right into the school, knocks down the window of my child's door, and starts shooting. Shooting her. And killing her."

"I just spent the last two hours putting [together] the burial arrangements for my daughter’s funeral, who's 14," she said. "President Trump, please do something! Do something. Action! We need it now! These kids need safety now!"

Following Alhadeff's impassioned plea, the live broadcast cut back to CNN's Brooke Baldwin, who was overcome with emotion and clearly struggling to speak. The anchor had to take a moment to compose herself before continuing the segment.

"I just spent the last two hours putting the burial arrangements [together] for my daughter's funeral...President Trump, please do something...action, we need it now!" Lori Alhadeff lost a child in the school shooting, her plea leaves @BrookeBCNN in tears https://t.co/7u32z12evGpic.twitter.com/GeNWagRIMe

President Trump addressed the country on Thursday following the deadly attack at Marjory Stoneman Douglas High School, which took the lives of 17 students and faculty members.

"My fellow Americans, today I speak to a nation in grief," the president said. "To every parent, teacher and child who is hurting so badly: We are here for you whatever you need, whatever we can do to ease your pain. We are all joined together as one American family, and your suffering is our burden also."

"No child, no teacher should ever be in danger in an American school," he continued. "No parent should ever have to fear for their sons and daughters when they kiss them goodbye."