Girl, 11, arrested for threatening to gun down her middle school 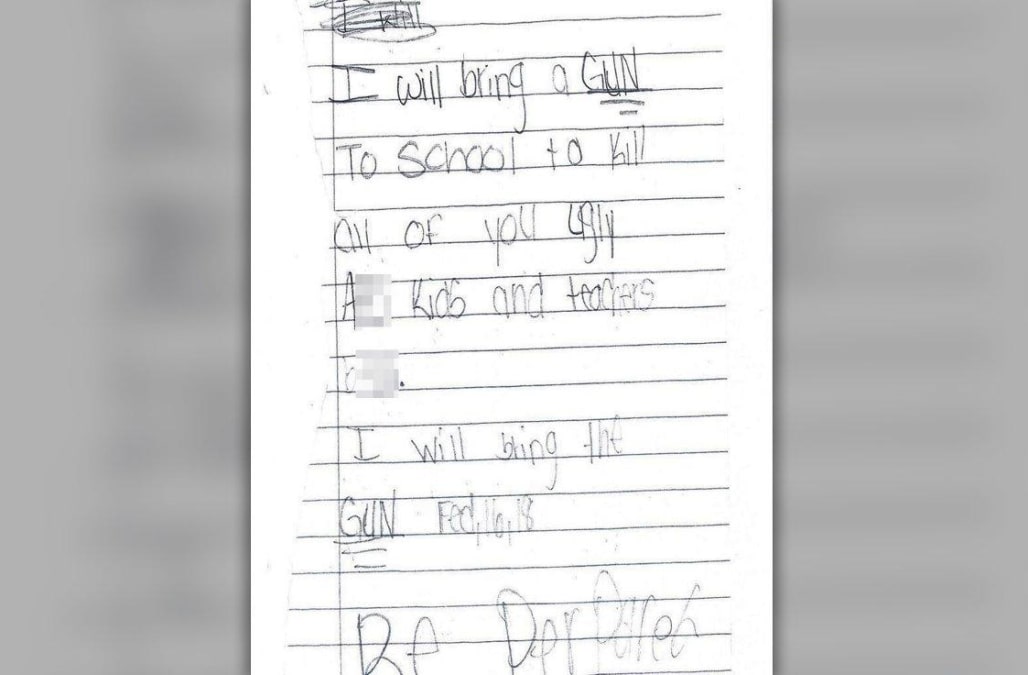 An 11-year-old-girl was arrested Thursday for writing a threatening letter saying she was going to shoot up her Florida middle school.

Surveillance footage showed the Nova Middle School student placing a note under the assistant principal’s office door that read: “I will bring a gun to school to kill all of you ugly ass kids and teachers bitch. I will bring the gun Feb, 16, 18. Be prepared b---h!”

The girl told cops a classmate threatened her to write the letter or else she would get a third student to attack her, WPLG-TV reported.

The 11-year-old said the student threatened her because of a boy. She was taken to Broward Juvenile Assessment Center.

The arrest comes a day after a 19-year-old Nikolas Cruz allegedly gunned down 17 people and injured at 15 others with an AR-15 rifle at Stoneman Douglas High School in Parkland.