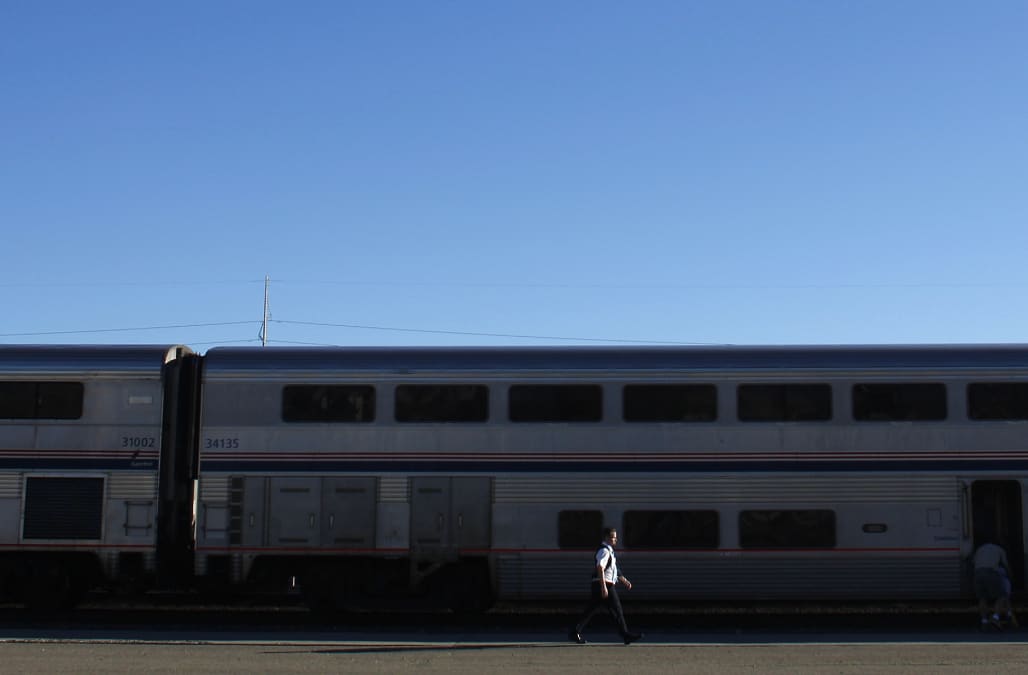 But his proposal isn't expected to include extensive federal funding to states to help rebuild failing highways, bridges, airports, and water systems. Instead, Trump wants states and local government to provide the bulk of the funding.

Regardless of who pays for it, though, one thing is clear: America's infrastructure is in dire need of repairs.

According to the American Society of Civil Engineers' 2017 Infrastructure Report Card, which is published every four years, US infrastructure gets a D+ grade. It got the same grade in 2013.

The ASCE estimates the US needs to spend some $4.5 trillion by 2025 to improve the state of the country's roads, bridges, dams, airports, schools, and more.

The report breaks down the state of infrastructure in 16 different categories. Here's a look at each category's final grade, according to the organization.

Click through to see how America's infrastructure is falling apart:

A look at America's failing infrastructure

Airports and air traffic control systems are in serious need of an update, the report found.

With some two million people per day coming through US airports, congestion is becoming a major problem. In fact, the report estimates that 24 out of the top 30 airports in the US could soon hit "Thanksgiving-peak traffic volume" one day a week.

US bridges are aging.

The report estimates it would cost some $123 billion just to fix the bridges in the US.

The pipes that carry America's drinking water are in critical need of attention.

According to the report, many of the one million pipes have been in use for almost 100 years. The aging system makes water breaks more prevalent, which means there are about two trillion gallons of treated water lost each year.

Power interruptions could become more common if more attention isn't given to the US energy system, according to the report.

The majority of the transmission and distribution lines were built in the mid-20th century and have a life expectancy of about 50 years, meaning that they are already outdated.

Between 2016 to 2025, there's an investment gap of about $177 billion for infrastructure that supports electricity, like power plants and power lines.

The report describes the US infrastructure for hazardous waste as "generally adequate," however, it states that more than half of the US population lives within three miles of one of these waste sites.

Inland waterways help transport goods to different parts of the country. But the infrastructure that supports these waterways, like dams and locks, are getting old and causing delays.

In fact, about 50% of vessels using these waterways experience delays, according to the report.

Levees play a critical role in protecting communities from flood waters, but they aren't currently getting the attention they need.

During the next 10 years, there's a need for $80 billion to improve these structures, according to the report.

Roads, bridges, parking areas, trails, and campsites are just a few of the things that need repairs in our nation's parks.

The National Park Service even estimates that it reached $11.9 billion in deferred maintenance costs in 2015, according to the report.

Most overseas trade comes through US ports. And while our ports have a higher grade than most other infrastructure categories, there's still room for improvement.

For example, as ships get bigger, ports will need to make deeper navigation channels. Also, as congestion in ports increases, the freight network that takes shipments to and from ports needs to be improved so that goods are transferred more efficiently with fewer delays.

While freight railroads are in relatively good shape, passenger rail could use some upgrades, especially in the Northeast Corridor.

According to the report, the average age of Amtrak's backlogged projects in the Northeast Corridor is 111 years old. This includes bridges, tunnels, and a viaduct.

Roads in the US are in bad shape.

About 32% of urban roads and 14% of rural roads are in poor condition.

In fact, there's a $836 billion backlog of unmet capital needed to fix the highways and bridges in the US, according to a report by the US Department of Transportation.

SEE ALSO: The US will need to invest more than $4.5 trillion by 2025 to fix its failing infrastructure