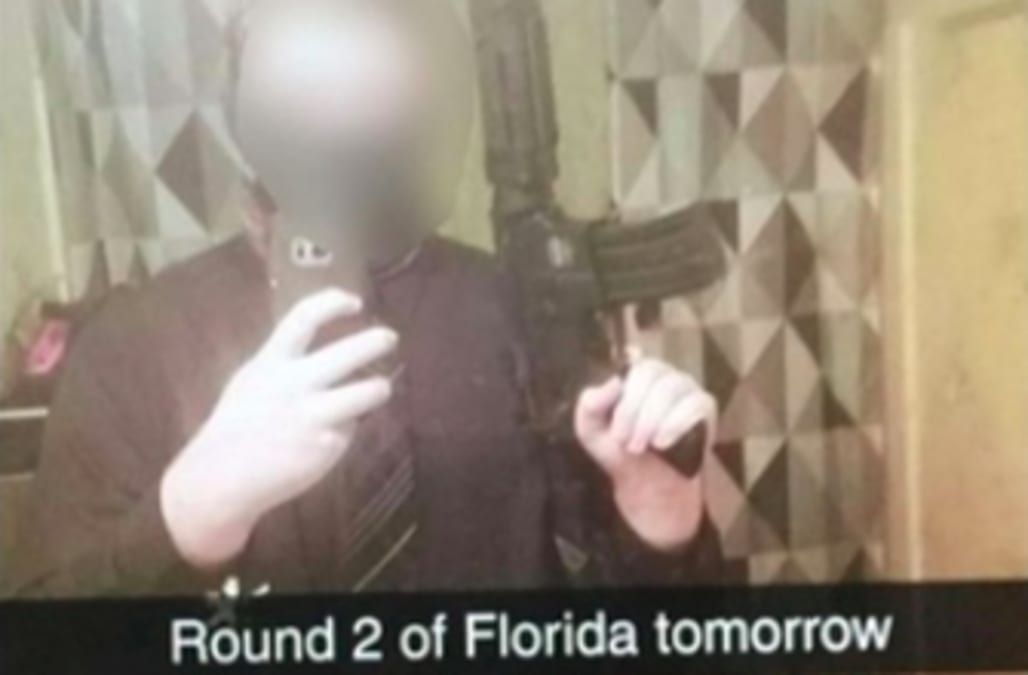 A South Carolina student was arrested on Thursday after posting a Snapchat threatening a repeat of Wednesday's deadly mass shooting, which took place at a Florida high school.

Spartanburg School District Three spokesperson Sherri Horton told WHNS that officials received an anonymous tip about the threat, which was made via Snapchat, from the parent of another student at Broome High School.

The alarming photo shows an unnamed ninth-grade boy wearing a partial face mask and holding what appears to be an assault rifle with the caption "Round 2 of Florida tomorrow." 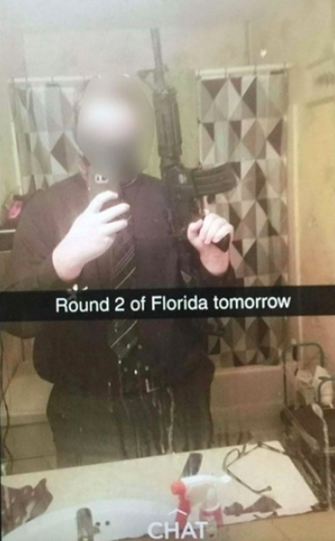 The parent of the child who received the concerning snap alerted police and identified the student featured in the photo to responding deputies.

After authorities went to the suspect's house, he told them that the post was "just intended as a joke and that he didn’t have any serious intentions," according to Lt. Kevin Bobo.

Bobo said the boy's parents allowed deputies to search the home, where they found both the mask and the weapon, which turned out to be a pellet gun.

The suspect, whose name will not be released due to his age, was charged with disturbing schools and transported to the Department of Juvenile Justice facility in Greenville, South Carolina.