Steve Bannon met with Mueller multiple times over the past week 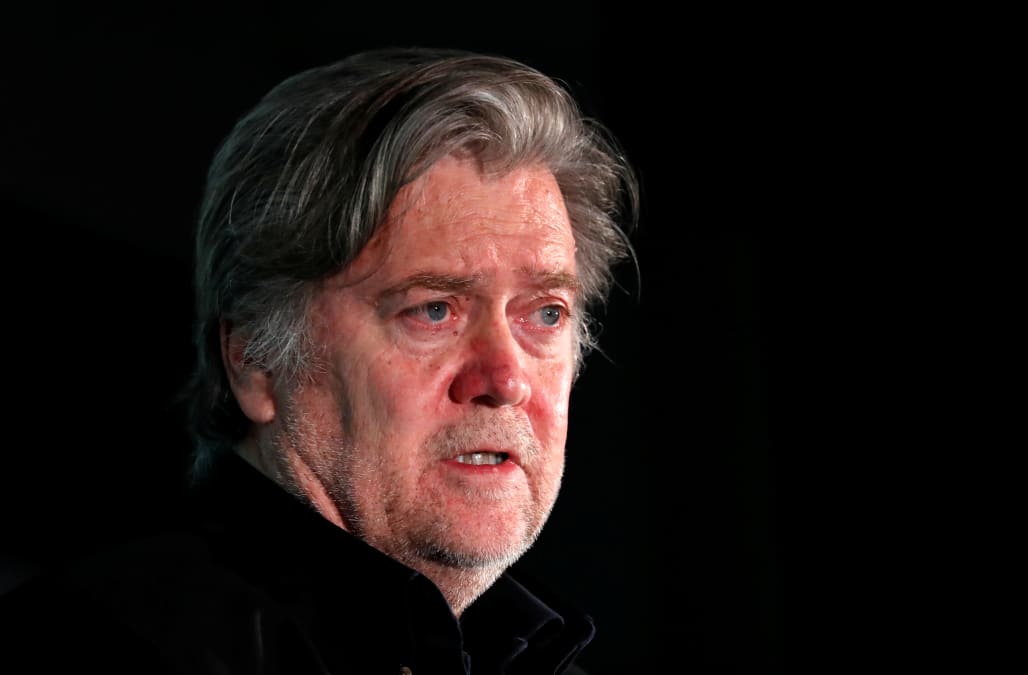 WASHINGTON — Steve Bannon, who served as President Trump's chief strategist, was interviewed by special counsel Robert Mueller over multiple days this week, NBC News has learned from two sources familiar with the proceedings.

Bannon spent a total of some 20 hours in conversations with the team led by Mueller, who is investigating possible collusion between the Trump campaign and Russia as well as other issues that have arisen around the probe.

Bannon left his job as a senior White House adviser in August and returned to a leadership role at Brietbart, the right-wing news site based out of Washington. But he fell out of favor with the site's financial backers, the Mercer family, after criticizing the president and his family in "Fire and Fury," a book about the Trump administration published earlier this year by author Michael Wolff.

Bannon appeared Thurday in closed door hearings before the House Intelligence Committee, but the session was brief. Bannon only answered 25 questions and refused to discuss events that took place after the 2016 presidential election, including the transition and his time inside the White House.

Republican chairman Mike Conaway of Texas said after the hearing ended that he would consult with lawyers and House Speaker Paul Ryan about potentially holding Bannon in contempt of Congress.