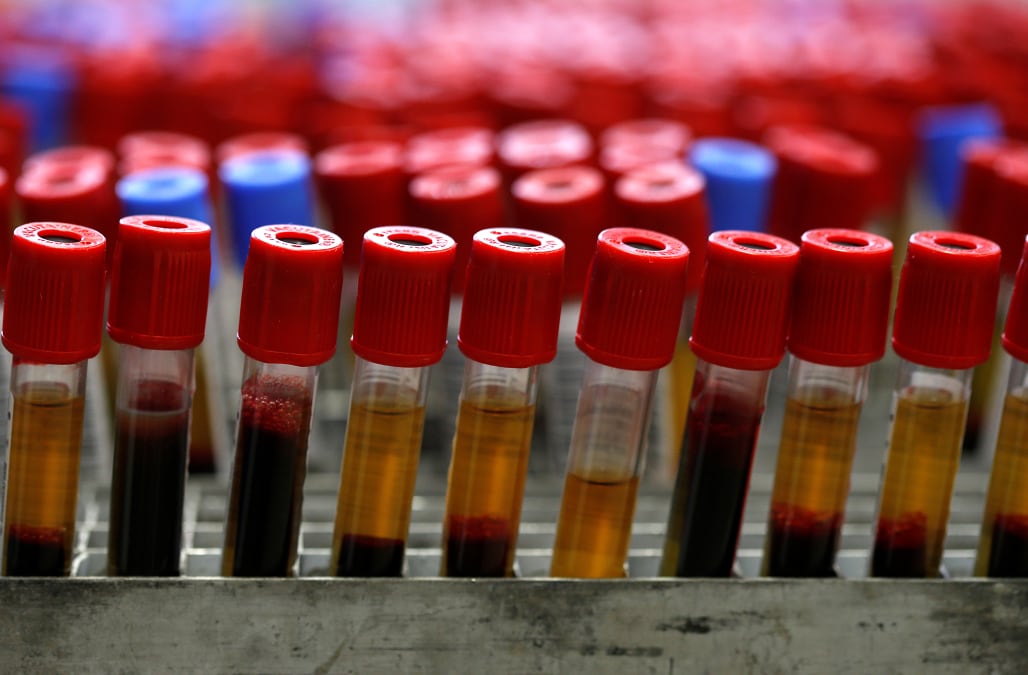 The Food and Drug Administration approved a blood test Wednesday that it says can help diagnose concussions more quickly, without the need for X-rays.

The test should save money and reduce a patient's exposure to radiation, according to the FDA.

"This test can get you to the final diagnosis faster and very accurately," said Jay Alberts, Ph.D and director of the Cleveland Clinic Concussion Center.

With the test, doctors will know which patients need a computed tomography (CT) scan to check for brain damage. CT scans are a type of souped-up X-ray, which cost money and deliver radiation.

"This is a first step, on the tarmac so to speak, in which they're showing these markers can show if a person really needs a CT scan," said Dr. Ross Zafonte, a specialist in brain injury medicine at Harvard Medical School. "So this blood test precedes a CT scan unless you're showing signs of extreme trauma."

"If there is doubt if the person has a head injury, they will get this new blood test. That's pretty important," Zafonte added.

It was a quick approval for the test.

"The FDA reviewed and authorized for marketing the Banyan Brain Trauma Indicator in fewer than six months as part of its Breakthrough Devices Program," the FDA said in a statement.

Alberts said it will be most useful in the case of mild head injuries, when there's doubt about whether someone has a concussion.

"It doesn't replace CT in all cases," said Alberts. "The reason you do those scans is to rule out a clinically important brain injury, which would need surgery."

A CT scan or MRI would still be needed if a patient experiences major changes in function after a head injury.

"But in 99 percent of concussions you do not need a CT scan because they're not clinically important, meaning there's not an immediate need for surgery," said Alberts.

Concussions are a big problem. Nearly 2.8 million people visited U.S. emergency rooms in 2013 because of concussion or other traumatic brain injuries, according to the Centers for Disease Control and Prevention. And traumatic brain injuries (TBIs) helped kill nearly 50,000 people that year. Research shows that even mild head injuries can lead to longer-term brain damage.

It's important that people who have concussions avoid anything that can worsen the damage in the short term.

"A blood-testing option for the evaluation of mild TBI/concussion not only provides health care professionals with a new tool, but also sets the stage for a more modernized standard of care for testing of suspected cases," said FDA Commissioner Dr. Scott Gottlieb.

A blood test for mild TBI/concussion will likely reduce the number of CT scans performed on patients with concussion each year.

"It's a time saver, a cost saver and there's no radiation exposure," Zafonte said. "The return to work or to play or to military (duty) is much higher."

Not only that, but concussions also often do not show up on CT scans.

"CT scans are expensive, inconvenient, and there is a substantial dose of radiation that comes with it. If you can avoid it, that's better," said Dr. Alexander Dromerick, professor of rehabilitation medicine and neurology at Georgetown University Medical Center.

The Brain Trauma Indicator measures two proteins called UCH-L1 and GFAP that the brain releases after injury. Tests showed it caught 97.5 percent of brain lesions and correctly cleared patients of concussion 99.6 percent of the time, the FDA said.