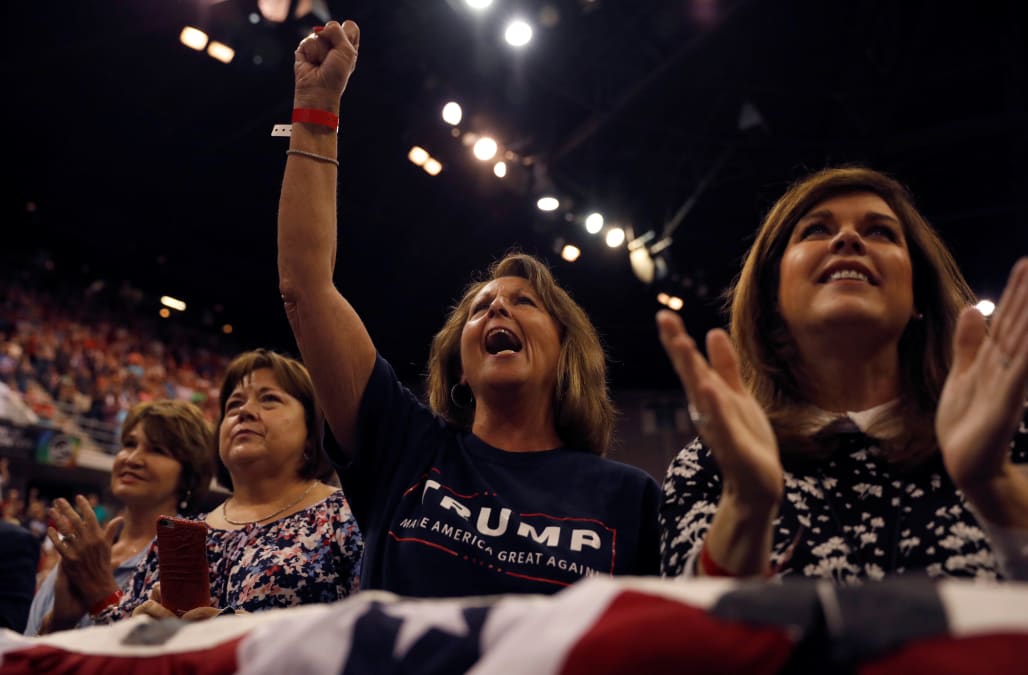 Over the past year, President Trump's approval rating has dropped in every state but one, according to a new poll conducted by Morning Consult.

The rest of the nation has apparently reacted differently over the past 12 months.

See President Trump's approval ratings by state as of January 2018:

Morning Consult illustrates such changes in opinion via an interactive colored map.

It allows users to slide through month-by-month and watch as states, excluding Alabama, change from approving deep green to less approving lighter green and, for many, into varying intensities of disapproving red.

Though approval has lessened in many states, Trump's numbers in some have remained relatively high. He stands at 60 percent in Wyoming, 59 percent in West Virginia, and 57 percent in Louisiana.

On the other end of the approval spectrum are Hawaii and Vermont at 30 percent and Washington, D.C. with 16 percent.

More from Aol.com:
Melania Trump to spend Valentine's Day with sick children at Maryland hospital
Poll finds almost no one thinks Trump's military parade is a good idea
Former Rep. Pat Schroeder and Amy McGrath agree on the one thing that must change in politics