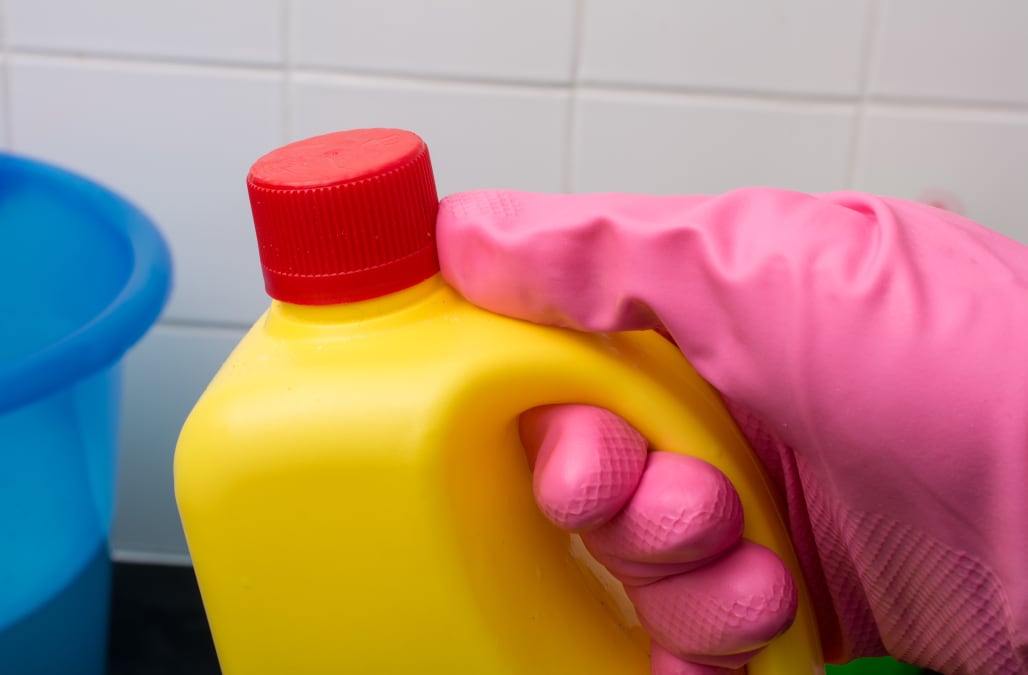 INDIANAPOLIS, Ind. (WXIN) – A father on the city's south side accused his wife of feeding their child bleach to help cure her autism, according to a recent police report.

The report says the mother was putting drops of hydrochloric acid and water purifying solution (which contains chlorine) in her child’s drink. The man says his wife told him she read about the mixture online in a Facebook group. The mother reportedly identified the mixture as the "miracle mineral solution.”

According to IMPD, the Department of Child Services is currently investigating the case and has removed the child from the home.

The miracle mineral solution claims to be a cure-all for anything ranging from cancer to hepatitis, and even aids. However, health officials, including the FDA, have warned the product is little more than bleach.

Officials at the Applied Behavioral Center for Autism say it’s common for parents to search for home remedies to cure autism.

“Taking things into their own hands is something that many parents have done out of desperation, out of hope,” president and founder Sherry Quinn said.

Behavioral Center Clinical Director Kelly Goudreau added that it’s natural for parents to want to find a cure for their child’s autism and it’s common for them to look towards “home remedies.” However, she adds that it’s important to remember that there is no “cure” for autism, and that any treatment that is administered should be one that is backed by research and scientific evidence.

RELATED: Notable people and celebrities with autism and Asperger's:

Actor Dan Aykroyd revealed that he was diagnosed with Tourettes and Asperger’s syndrome after being diagnosed in the 1980s.

“I also have Asperger’s but I can manage it. It wasn’t diagnosed until the early eighties when my wife persuaded me to see a doctor. One of my symptoms included my obsession with ghosts and law enforcement — I carry around a police badge with me, for example. I became obsessed by Hans Holzer, the greatest ghost hunter ever. That’s when the idea of my film Ghostbusters was born," he said.

While filmmaker Tim Burton hasn't publically discussed it, his ex-wife Helena Bonham Carter has spoken about the artist possibly being on the spectrum.

"We were watching a documentary about autism and he said that’s how he felt as a child," Bonham Carter said in an interview. "Autistic people have application and dedication. You can say something to Tim when he’s working and he doesn’t hear you. But that quality also makes him a fantastic father, he has an amazing sense of humor and imagination. He sees things other people don’t see.”

Jerry Seinfeld revealed to Brian Williams in 2014 that he believe's he's "on the spectrum."

"I think, on a very drawn-out scale, I think I'm on the spectrum," Seinfeld said.

"You know, never paying attention to the right things," says Seinfeld. "Basic social engagement is really a struggle," he explained. "I'm very literal. When people talk to me and they use expressions, sometimes I don't know what they're saying. But I don't see it as dysfunctional. I just think of it as an alternate mindset."

Singer Susan Boyle revealed in 2013 that she was diagnosed with Aspergers.

"It was the wrong diagnosis when I was a kid," she said. "I was told I had brain damage. I always knew it was an unfair label. Now I have a clearer understanding of what's wrong and I feel relieved and a bit more relaxed about myself," " the singer said.

"It’s a condition that I have to live with and work through, but I feel more relaxed about myself. People will have a greater understanding of who I am and why I do the things I do."

Actress Daryl Hannah has Asperger's, which she was diagnosed with when she was a child.

"Going to the Academy Awards was so painful for me. I'd almost faint just walking down the red carpet. I was so socially awkward and uncomfortable that I eventually got blacklisted," she said in 2010.

"American Idol" star and singer James Durbin has been very public about his Tourettes and Asperger’s syndrome.

“I had no one to look up to like this growing up,” he said to People in July 2016. “When I was a kid, I knew I was different. I liked things no one else liked, and I was always very angry about having this. I hated it and wished it would go away. But now I want to be living proof that different is awesome.”

The "Community" and "Adult Swim" creator Dan Harmon said he discovered he has a form of Asperger's while doing research for the character Abed.

He said in 2011, "I started looking up these symptoms just to know what they are. And the more I looked them up, the more familiar they started to seem.”

Comedian Hannah Gadsby was diagnosed with autism "a few years back," and since then, the Australian native has been open about her process coming to terms with the diagnosis.

"Once I got diagnosed, there was a certain amount of grief and confusion. Because when you think, 'oh now I have this framework,' and it was crystal clear as soon as I got diagnosed," she explained.

"The understanding of things just started falling into place and I was like, 'yep.'"

After marrying in 2018, comedian Amy Schumer revealed during her second Netflix special that her husband Chris Fischer has Asperger's.

"My husband was diagnosed with what used to be called Asperger's. He has autism spectrum disorder. He's on the spectrum. And there were some signs early on," the star said during her show. "It dawned on me how funny it was, because all of the characteristics that make it clear that he’s on the spectrum are all of the reasons that I fell madly in love with him.”