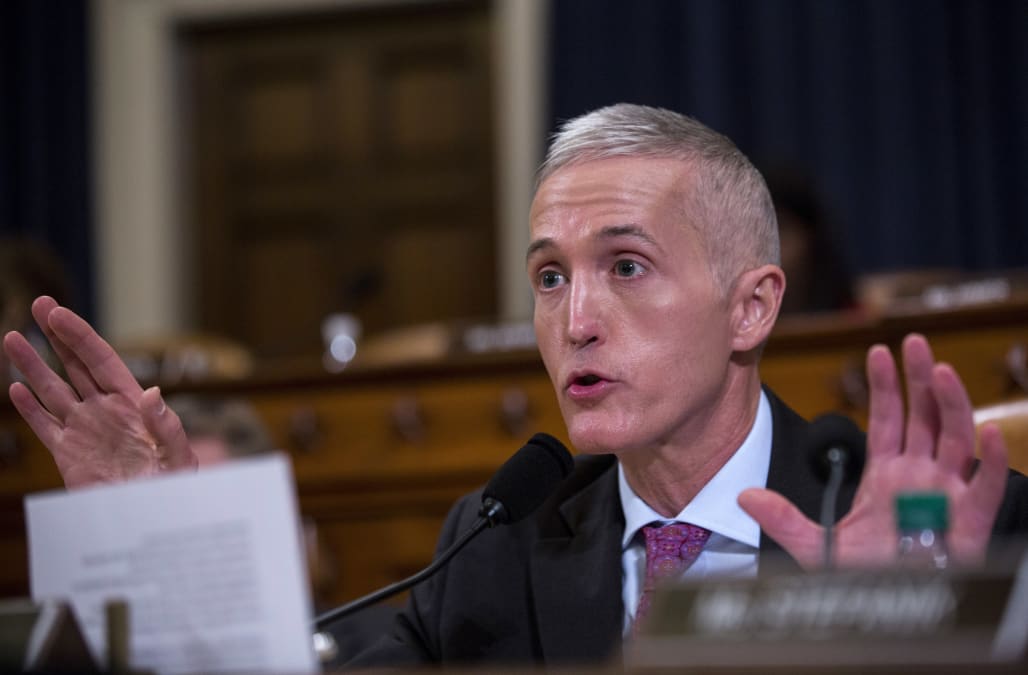 Rep. Trey Gowdy, chairman of the House Oversight Committee, said Wednesday the panel has launched an investigation into the White House's handling of former staff secretary Rob Porter's employment following days of questions about when the administration first learned of his domestic abuse allegations.

Porter, who was a close aide to President Donald Trump, resigned last week, a day after his two ex-wives went public with allegations of verbal and physical abuse. Gowdy said the Oversight panel launched the probe Tuesday night.

Gowdy told CNN on Wednesday he was troubled by Porter's employment at the White House given his history as well as the fact that he was working with an interim security clearance that allowed him access to classified information.

In the days following the news, the White House revised its version of events. On Tuesday, Wray contradicted earlier claims from the administration that the background investigation into Porter was ongoing, revealing the bureau had finished its report long before Porter was fired over allegations of domestic abuse and briefed the White House three times in March, July and November of 2017.

The White House then said later on Tuesday that the "White House personnel security office" did not fully pass FBI reports about those allegations to top West Wing aides because staffers had not yet made a final recommendation on Porter's security clearance.

"I got the dates, I heard that, but my follow up question is, 'Okay Chris, how thorough was the investigation, what did you share, with whom did you share it, and what were the updates? If you updated the information four times, what was the second, third, fourth iteration of that update?' I’m with you on the chronology, I’m with you there, I got that, but I have additional questions for the FBI and then once you get the answers from that, you know who to direct your inquiries at the White House."

More from NBC News:
Trump’s lawyer Michael Cohen says he paid Stormy Daniels $130,000 of his own money
Angry note to Donald Trump Jr. revealed: 'You are getting what you deserve'
Trump wants to replace food stamps with 'Blue Apron-type program'