The era of fiscal conservatism is 'absolutely dead' under Trump 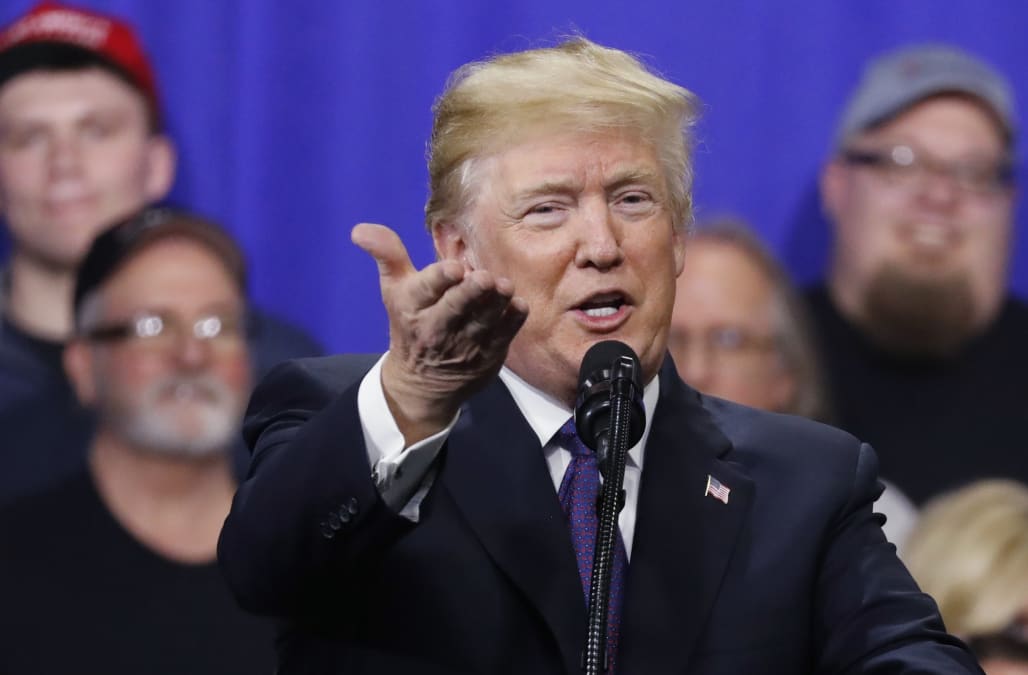 WASHINGTON — Republicans in Congress are on a tear during the Donald Trump administration, ushering in big-spending and deficit-ballooning advancements in direct contrast to the Tea Party wave that reshaped the modern GOP.

A small group of conservatives who were a part of the "Tea Party" wave from the Barack Obama administration were equally dismayed.

"I think the Republican Party has no core," Colorado Rep. Ken Buck told Business Insider. "We stood for something" in 2010.

"I ran as a Republican, I came here because I believed that we could" rein in spending, Buck added. "All I said we’ve got to make sure that we, in a bipartisan way, reach an agreement on what our budget should be and not overspend. We can’t even get a vote. There are probably a dozen balanced budget amendment bills in Congress and we can’t even get a vote on a balanced budget amendment."

Buck summed up what he believes is the current state of fiscal conservatism in two words: "absolutely dead."

"I’ve said for a while that one of two things is gonna happen: Either we grow up or we have a crisis," Buck said. "And clearly we haven’t grown up."

Rep. Mark Sanford of South Carolina was elected to Congress in 2013, after an infamous end to his gubernatorial career, and quickly became part of the Tea Party faction under Obama. He said it's clear some members have shifted approaches under a friendlier president.

"I think it’s wholly inconsistent intellectually to say, 'I believe in limited government in all its forms.' I believe in limited taxes to government and limited spending," Sanford told Business Insider. "What you can’t do is have your cake and eat it too here, which is to say, 'I want to limit taxes but I’m not gonna limit spending.' And that’s what’s going on right now."

Senate Republicans are charging full steam ahead with big-spending items

Thomson ReutersIn the Senate, where nearly every Republican voted for the massive budget deal last week, the reaction to big-spending items takes a softer tone than the House.

With the exception of a few, Senate Republicans hold the belief that you have to spend money to make money. The big budgets and high-priced initiatives like a $1.5 trillion infrastructure package will create more taxpayers and thus boom the economy to be able to get spending under control in the future, Sen. Chuck Grassley told Business Insider.

"Considering the fact that we’ve long been a party that has believed you don’t need higher tax rates, you need more taxpayers to turn the budget around," said Grassley, a former chairman of the Finance Committee. "I think the tax bill of pre-Christmas and the infrastructure bill that will come out from the president’s budget are two things that’s going to get this economy going at 3%. And you’ll never get fiscal responsibility if you have economic growth at 1.4% like we did for eight years under the previous administration."

The national debt "scares me half to death," said Louisiana Sen. John Kennedy, noting that he supports more spending bills on the condition they are coupled with a plan to be paid for. Kennedy voted against the congressional budget deal last week.

"Some people say, they say that Congress is spending money like a drunk sailor and that’s not true," Kennedy said. "A drunk sailor stops when he runs out of money. Nobody will loan him money. People will still loan America money and we keep spending it."

One of the loudest critics of spending in the Senate is Sen. Rand Paul, who held up votes to prompt the brief shutdown on Thursday night. Paul hinted at opposition to further expensive items, telling Business Insider, "I don’t think there’s any money left to spend on an infrastructure bill at this point."

But the rest of the GOP are pleased with themselves, with Trump as no small exception. Trump's annual budget proposal unveiled on Monday featured significant hikes in the federal deficit.

Last year, his administration had proposed a balanced budget.