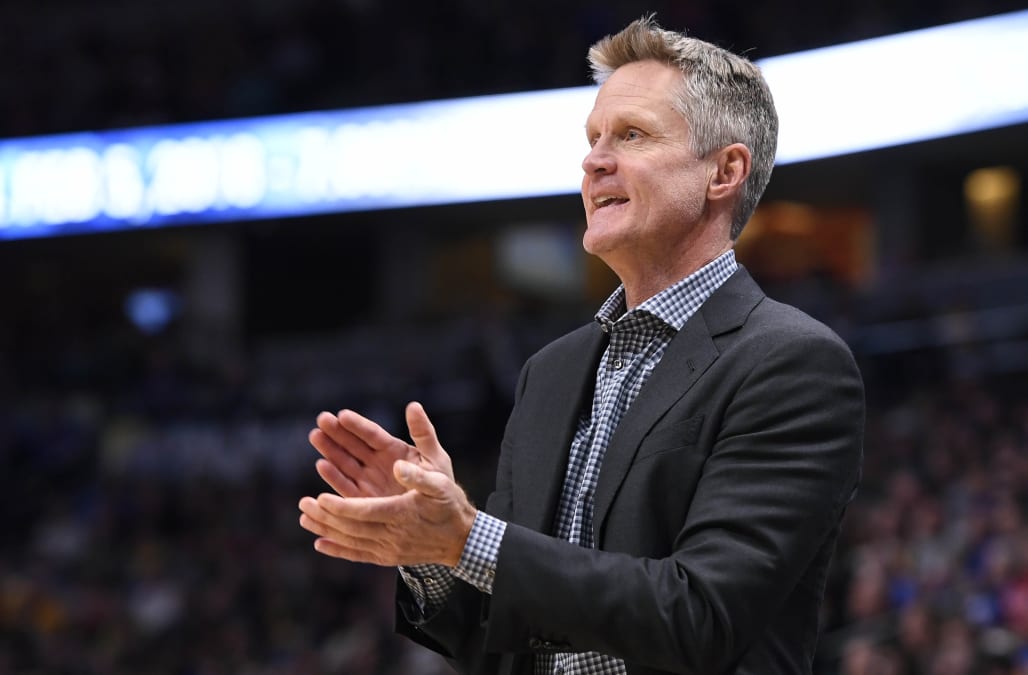 The Golden State Warriors haven't been playing their best basketball of late.

Granted, the Warriors at 70% are still one of the best teams in the NBA, but after going just 3-3 in their previous six games, including a slew of slow starts for the team, head coach Steve Kerr wanted to do something to help his team get out of the rut.

Kerr's plan? Sit back, and let his players coach themselves in their game against the Phoenix Suns on Monday night.

The plan started early, with the Warriors in a timeout in the first quarter and Kerr handing off the clipboard to Golden State's elder statesman Andre Iguodala.

As the game progressed, David West would also get a turn with the clipboard, as would Draymond Green, who was sitting out the game with a sprained finger. Kerr's strategy appeared to work, as the Warriors put away the lowly Suns with ease, winning by a score of 129-83.

Suns' forward Jared Dudley wasn't a fan of the move, telling ESPN after the game.

"It shows a lack of respect for an opponent," Dudley said.

But Dudley also admitted that maybe the Suns "don't deserve respect" right now as the Suns have lost 11 of their past 12 games.

Kerr said the move was not about disrespect, but rather an attempt to engage his players.

"I told Jay afterward that it had nothing to do with being disrespectful," Kerr said. "It had to do with me reaching my team. I have not reached them for the last month. They're tired of my voice. I'm tired of my voice. It's been a long haul these last few years and I wasn't reaching them, and we just figured it was probably a good night to pull a trick out of the hat and do something different." Steve Kerr, Warriors coach

The trick worked. The Warriors ran away with the game and looked much like their old, dominant selves. But with games against the Blazers and Thunder coming up on the schedule, don't expect Kerr to make a habit of it.

NOW WATCH: Why Shaq turned down being on the cover of a Wheaties box twice

SEE ALSO: LeBron James was going wild for his new teammates as the Cavs routed the Celtics and ruined Paul Pierce's appreciation night