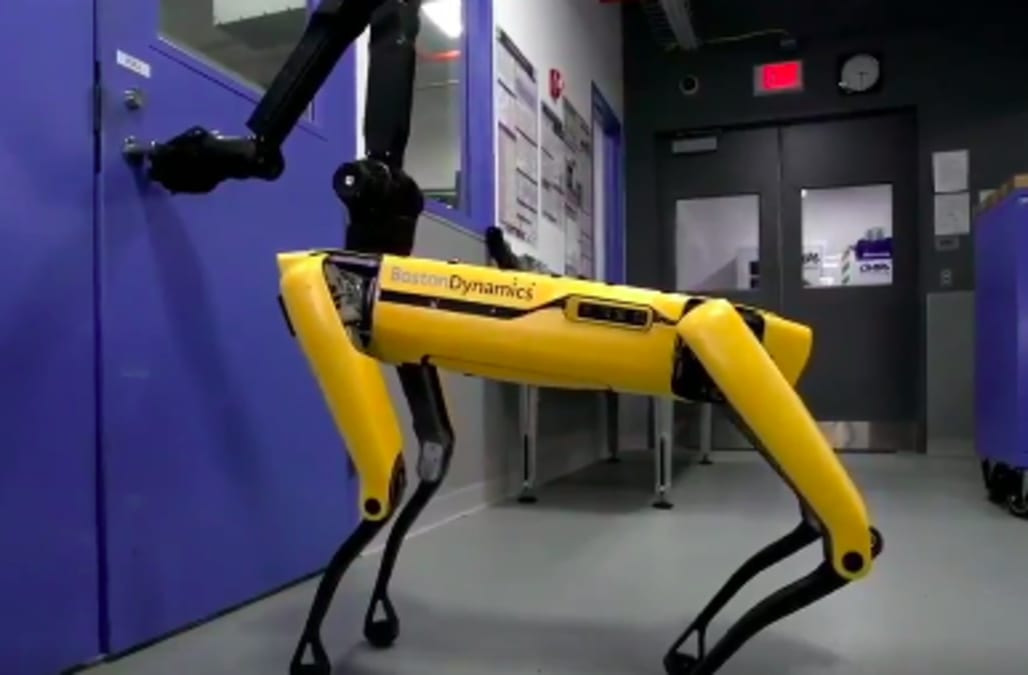 If films like Terminator and I, Robot have taught us anything, it's that one day humanity will finally take this whole robotics thing too far.

Well brace yourselves for some machine-assisted doom, because on Monday Boston Dynamics released a new piece of deeply unnerving footage that's almost certainly the beginning of the end.

The 45 second clip features a robot dog with this weird grabby attachment on its head opening an actual door for another robot dog.

Here it is again, in all its nightmarish glory:

This is one of the most terrifying things I’ve seen in all my life pic.twitter.com/Yp9xlhdKC9

Needless to say, everyone was terrified.

In the plus side, it takes two of them to open a door. On the minus side they are now INSIDE YOUR HOUSE

Protect John Connor at all costs.

There were a good few Black Mirror references.

I put the door opening robots video to the Jurassic Park theme because someone had to. Also, we're all going to die. pic.twitter.com/m7nqOyNMgD

Meanwhile, some people tried to put on a brave face.

While others suggested futile resistance.

Ultimately, though, Zack Braff had the right idea.

Well, we had a good run. I for one welcome our new robot overlords. https://t.co/DWQcy6vaWF

The sooner we accept our fate and welcome our shiny new commander-in-chiefs, the better.

WATCH: Boston Dynamics robot can now nail a backflip and land steadily on its feet