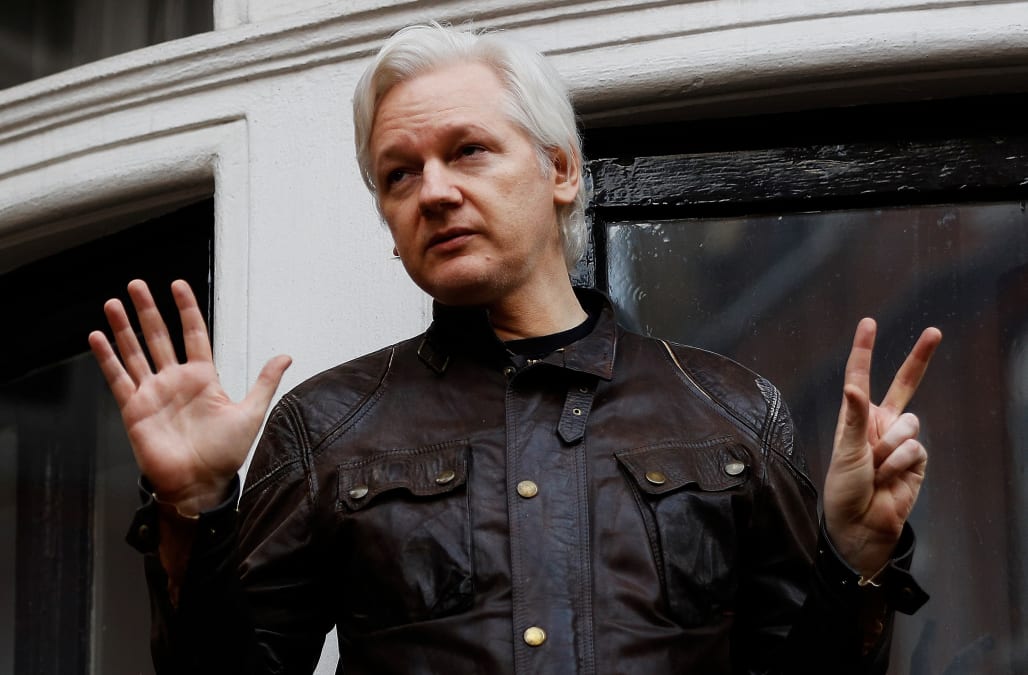 A British judge has called out Julian Assange for cowardice after he decided not to come to a court hearing in which he asked police to give up trying to arrest him.

Emma Arbuthnot, who heard Assange's case at Westminster Magistrates Court in central London, said in a ruling that he "should have the courage" to appear in court like anybody else accused of wrongdoing.

Assange has been hiding out in Ecuador's London embassy for the past five and a half years in an effort to avoid an arrest linked to claims of sexual misconduct in Sweden.

He would likely be arrested if he were to leave and try to go to court, which is the course of action Arbuthnot appears to be recommending.

His lawyers were in court to ask Arbuthnot to cancel the arrest warrant against Assange, on the grounds that it was no longer in the public interest to uphold it. The application was declined.

In a document explaining her decision, Arbuthnot attacked Assange's character. She accused him of considering himself "above the normal rules of law" and challenged him to personally appear in court.

"He appears to consider himself above the normal rules of law and wants justice only if it goes in his favour. As long as the court process is going his way, he is willing to be bailed conditionally but as soon as the Supreme Court rules against him, he no longer wants to participate on the court’s terms but on his terms.

"I have had to consider whether it is proportionate not to withdraw the warrant for his arrest. On the one hand he is a man who has failed to attend court and has thwarted the course of justice but on the other he has been unable to leave a small flat for a number of years and is suffering physically and mentally as a result.

"Having weighed up the factors for and against and considered [Assange lawyer] Mr Summers' arguments I find arrest is a proportionate response even though Mr Assange has restricted his own freedom for a number of years.

"Defendants on bail up and down the country, and requested persons facing extradition, come to court to face the consequences of their own choices. He should have the courage to do so too."

Assange argues that he is being wrongly detained, and fears that handing himself over to British police would ultimately end in his extradition to the United States, where he could face harsh punishment for publishing state secrets.

Arbuthnot's ruling considered whether that was a credible fear, and concluded that "no evidence" that he would have been extradited without numerous other chances to defend himself.

Assange tweeted a number of times during the hearing. He can choose to appeal Tuesday's ruling, according to Sky News.