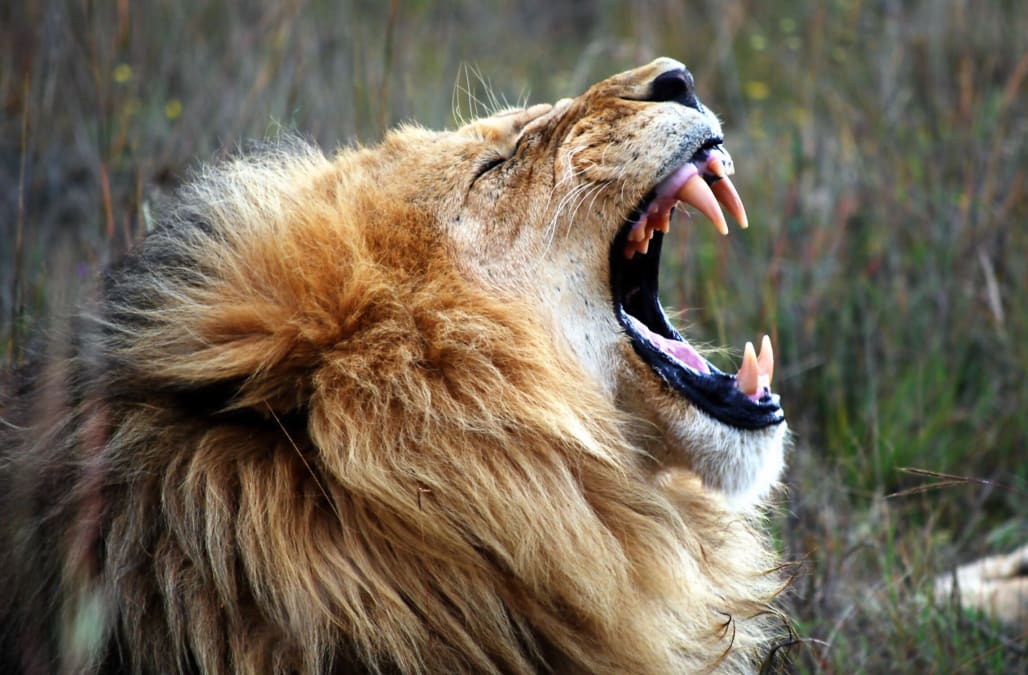 A suspected poacher was reportedly killed and almost entirely eaten by a pack of lions in South Africa over the weekend, according to local media reports.

Authorities in Limpopo, which is the northernmost province of South Africa, discovered the unidentified man's remains alongside a rifle and ammunition at a private nature park outside of the famous Kruger National Park.

Police spokesman Moatshe Ngoepe told AFP that he believes the victim was poaching in the game park when he was attacked and killed by the pack of lions.

"They ate his body, nearly all of it, and just left his head and some remains," Ngoepe told the paper.

"We are still trying all other means, including the Home Affairs Department, to get his history, which may lead us to his residential place," he continued. "The process of identifying the deceased has already commenced and it might be made possible by the fact that his head is among the remains that were found at the scene."

The deceased man was originally thought to be a 46-year-old employee of the private reserve where the incident occurred, but the staff member in question has since been located.

More from Aol.com:
Obamas unveil official portraits at National Portrait Gallery
Mom of 2 dies of the flu after deciding medication was too expensive
Photos of the week: 2/2 - 2/9