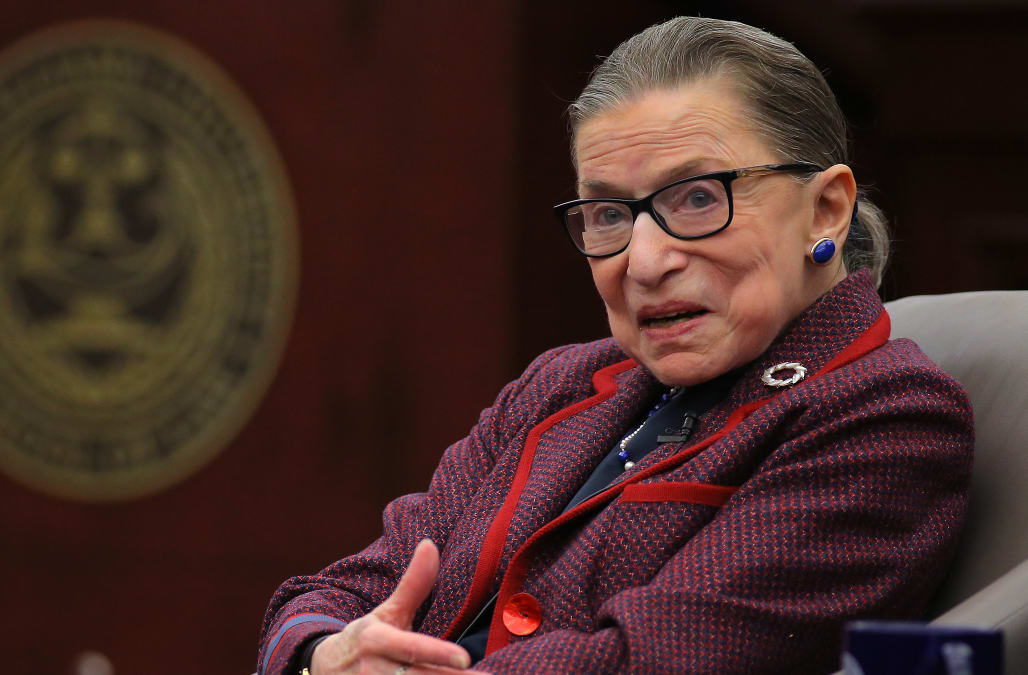 Justice Ruth Bader Ginsburg believes that the watershed #MeToo movement will withstand criticisms and have "staying power" for generations of women but wants the national conversation to include more stories of ordinary women and not just celebrities.

"I don't think that there will be a serious backlash, it's too widespread," Ginsburg, 84, said on Sunday in a wide-ranging interview with CNN at Columbia University.

Ginsburg, who previously spoke about her own #MeToo moment during the 1950s with a professor at Cornell University, said the movement is allowing women to feel comfortable coming forward and believed when they make an allegation.

"Yes, there will always be adjustments when there is a transition, but on the whole, it's amazing to me that for the first time women are really listened to because sexual harassment was often dismissed as 'well, she made it up' or 'she's too thin-skinned,'" she said.

Last month she said her #MeToo story was when a Cornell instructor gave her what he said was a practice exam but when she took the real test the following day, she realized it was identical to the one he had given her.

"And I knew exactly what he wanted in return," Ginsburg said.

Refusing to be intimidated by her instructor, she said she "went to his office and said: 'How dare you? How dare you do this?' And that was the end of that."

Ginsburg also believed that "sexism played a prominent part" in the 2016 campaign.

"I think it was difficult for Hillary Clinton to get by the macho atmosphere prevailing during that campaign and she was criticized in a way I think no man would have been criticized," Ginsburg said.

"I think anyone who watched that campaign unfold would answer it the same way I did."