Kareem Hunt accused of shoving and pushing a woman during dispute 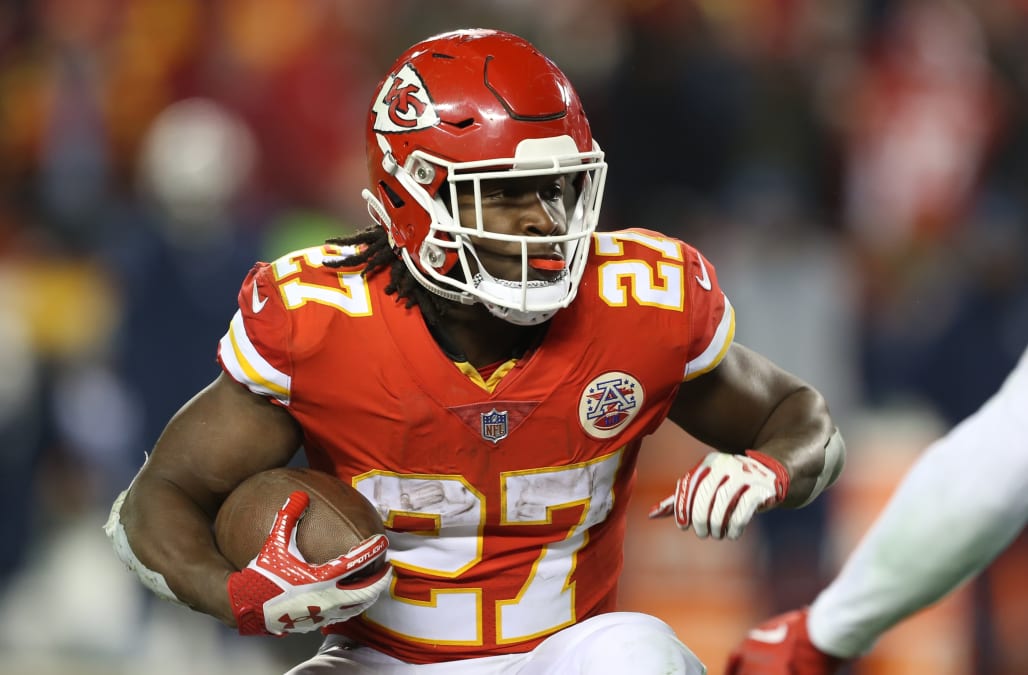 Kansas City Chiefs running back Kareem Hunt has been accused of pushing and shoving a woman during a dispute at a Cleveland hotel. No charges were filed against Hunt, but that may not be the end of the issue, according to Cleveland.com.

Police reports were taken with both Hunt and the woman being charged as suspects, turning the whole situation a back-and-forth between her group of friends and Hunt’s group of friends.

After a night of partying, Hunt and his friends reportedly kicked a group of women out of their hotel apartment upon learning they were actually 19, and not allowed to legally drink. At that point, two stories emerge.

According to the woman, she was kicked out of the apartment because she “didn’t want” one of the men in Hunt’s group. The women stayed in the hallway, and pounded on Hunt’s door for roughly a half hour. That’s when Hunt’s group reportedly came out to make the women leave. During that dispute, Hunt is accused of shoving the woman.

Hunt claims he went to bed and asked someone to call security after the women would not leave. One of the women in Hunt’s group claims she was punched in the face when confronting the two other women in the hallway. One of Hunt’s friends also claims the women called them a racial slur when asked to leave.

There are plenty of other accusations in the Cleveland.com piece, one of which claims someone in Hunt’s group destroyed a cell phone and another that calls the women who Hunt pushed “uncooperative” with police.

Due to the back-and-forth nature of the complaints, it’s unclear if anything else will come out of the confrontation.

Cleveland police Sgt. Jennifer Ciaccia said the incident appears to be a cross complaint, meaning that each person who said they were assaulted would be directed to the prosecutor’s office if they wanted to pursue charges.

The 22-year-old Hunt grew up in Ohio and played football at Toledo. He led the NFL in rushing during his rookie season with the Chiefs.