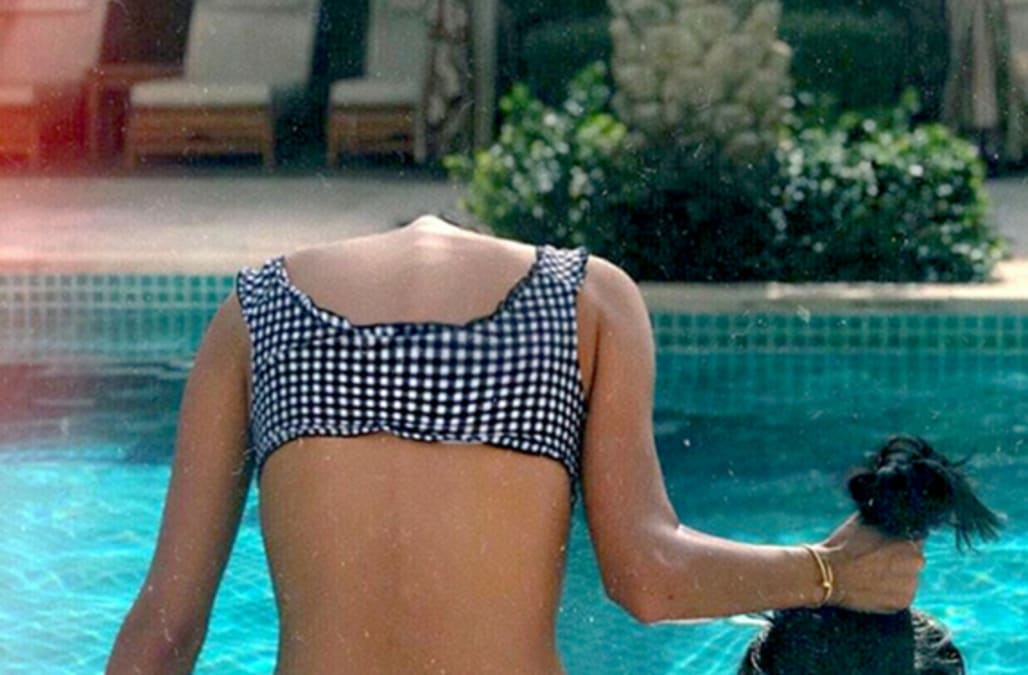 Move over headless-horseman, a new gal is in town.

A photo of a bikini-clad woman resting her weary head after a long day is currently floating around Reddit.

The image, which was originally posted by TheDarkIsMyLight, features a seemingly headless young woman sitting poolside with her back facing the camera.

The 'decapitated' sunbather also has an interesting accessory — her very own severed head, which she has carefully rested on the lip of the pool. 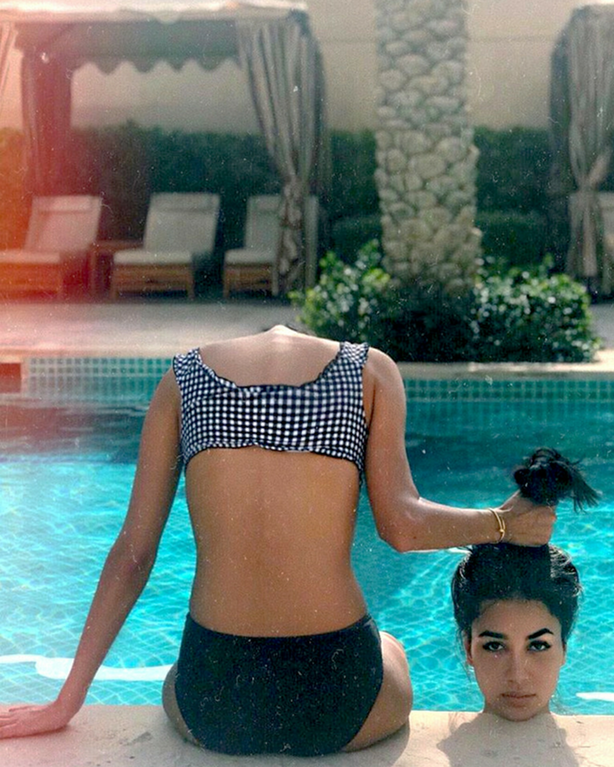 While this photo may be a bit dizzying, there's no need to lose your head over it.

There are several different ways to photoshop an image like this one, but here are our two best guesses as to how the special effect in the viral pic was created.

It is highly likely that there are actually two different women in this photo, one with her neck craned forward to hide her own head while the second rests her chin on the side of the pool.

It is also possible that the torso and head belong to the same woman, but that both her back and her face were captured in two different images and combined into the creepy masterpiece you see before you.

If you look closely at the circled area below, you'll notice little tufts of hair around the nape of the woman's neck that support the theory that no decapitation was involved in the making of this photo. 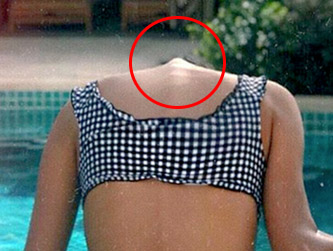 More from Aol.com:
Report: Man's rectum fell out after he played phone games on the toilet for 30 minutes
Fake doctor in India may have infected 21 people with HIV
Pakistani woman reportedly shot dead after refusing marriage proposal