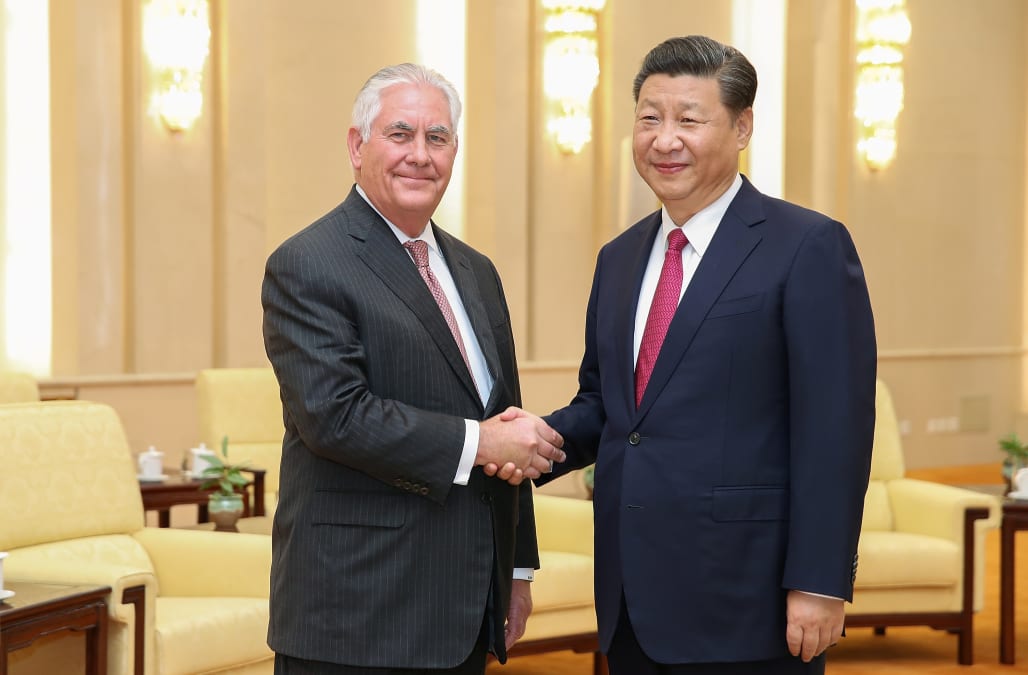 The shrinking of the US State Department and the sidelining of its diplomatic corps, the backbone of American foreign policy, were major themes during Secretary of State Rex Tillerson's first year at Foggy Bottom.

The State Department's civilian workforce fell more than 6% between September 2016 and September 2017, which includes the first eight months of the Trump administration. The number of employees in administrative and legal positions fell 5.4%.

Within the foreign affairs occupation series, the number of employees fell 11.9%, from 2,580 in December 2016 to 2,273 in September 2017, according to Government Executive. Foreign affairs employees were more than 40% of the 836 civilian workers who left between January 1 and September 30.

The department's foreign service ranks, which includes diplomats and support staff, fell 1.2% in Tillerson's first year, but the number of foreign service officers — those responsible for political, diplomatic, and economic relations — fell by about 2%, with 166 leaving. 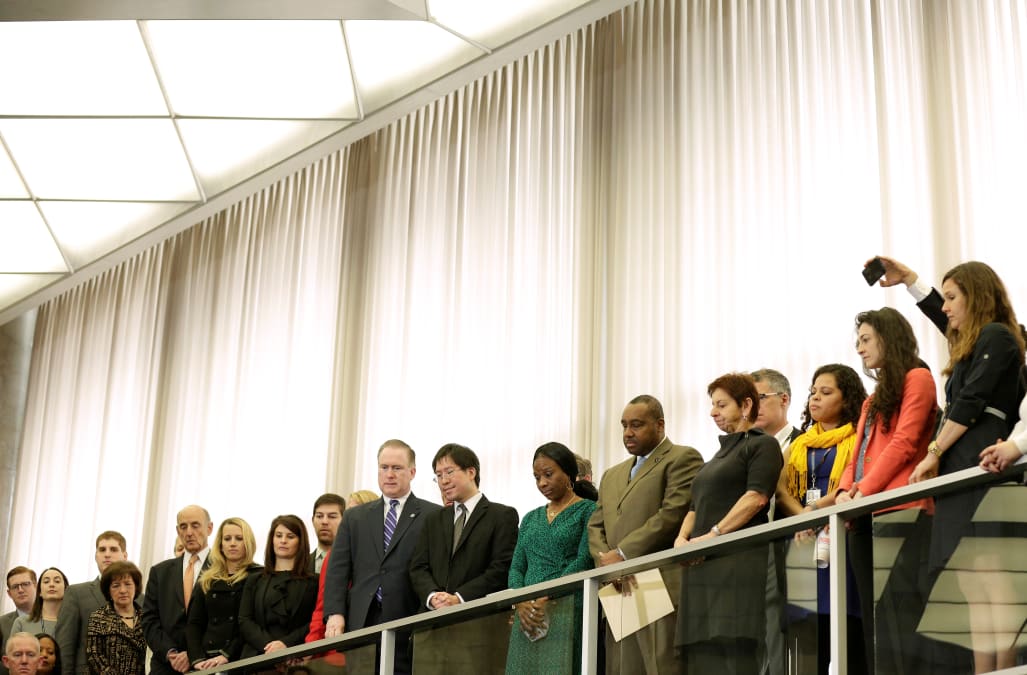 Tillerson — whose planned reorganization the State Department has been criticized by legislators — kept a hiring freeze in place for most of his first year on the job. He eased it at the end of December for eligible family members and announced the expansion of the Expanded Professional Associates Program, which provided bureaus with greater placement flexibility.

But the trickle of new employees entering the State Department doesn't compensate for the steady flow of departures, according to former diplomats.

Amb. Barbara Stephenson, president of the American Foreign Service Association, said in December that the Foreign Service's "leadership ranks are being depleted at a dizzying speed." When Obama left office, the State Department had five career ambassadors, but with the departure of Tom Shannon, a 34-year State Department veteran, earlier this month, just one remains.

"You're throwing out the people at the top, so you're losing expertise," Ron Neumann, a retired 37-year State Department veteran, told Government Executive this month. "If you don't bring in people at the bottom ... you're setting up a long-term problem."

"Other countries are represented by people who have a deep background in the issue," Neumann said, "and you're like the high-school kid trying to pretend you're in college."

The atrophying of the State Department comes as China beefs up its own diplomatic corps, overhauling its Foreign Ministry to empower its diplomats, according to Bloomberg.

Chinese President Xi Jinping got the revamp underway in January 2017.

A reform committee led by Xi called on the Foreign Ministry to "forge a politically resolute, professionally exquisite, strictly disciplined foreign affairs corps," and in October, Xi appointed China's top diplomat to the country's powerful Politburo, making him the first former Foreign Ministry official in 20 years to reach that level.

The reforms will give Chinese ambassadors more control over their portfolios and strengthen the country's diplomats as they manage multiple trade deals, supervise infrastructure projects, and oversee numerous foreign loans — all of which are elements of Xi's efforts to exercise more clout abroad and become a more prominent player in international affairs.

"I can imagine these changes would be really good for the morale for the Chinese diplomats at the foreign ministry at a time when the morale of the diplomats in the US foreign service is at an all time low," Susan Shirk, a former deputy assistant secretary of state for East Asia, told Bloomberg.

Budget plans recently announced by the White House are likely to do little to improve the mood among those remaining at the State Department.

The budget would expand funding for the military but impose an $8.8 billion reduction for the State Department and the US Agency for International Development during the current and next fiscal years — the biggest reduction since the 1990s.

Lawmakers have a few weeks to find additional sources of funding, but the proposed cuts have already drawn rebukes from current and former members of the military, among others.

More than 1,200 veterans representing every branch of the military sent a letter to House and Senate leaders on February 12, saying that "strategic investments in the State Department and USAID will be essential if we are to solidify our hard-fought gains and prevent other bad actors from filling the void" around the world.

That letter came one day after 151 retired three- and four-star generals and admirals sent a letter to House and Senate leaders opposing cuts to the international affairs budget, to which the Trump administration proposed an almost 30% budget cut in 2017.

"We call on you to ensure our nation also has the civilian resources necessary to protect our national security, compete against our adversaries, and create opportunities around the world," the letter says. "We must not undercut our nation's ability to lead around the world in such turbulent times."

NOW WATCH: A $2.7 trillion investment chief on why you should consider investing in China

SEE ALSO: Trump wants to ramp up US arms sales, and a top diplomat is pushing weapons deals in China's backyard