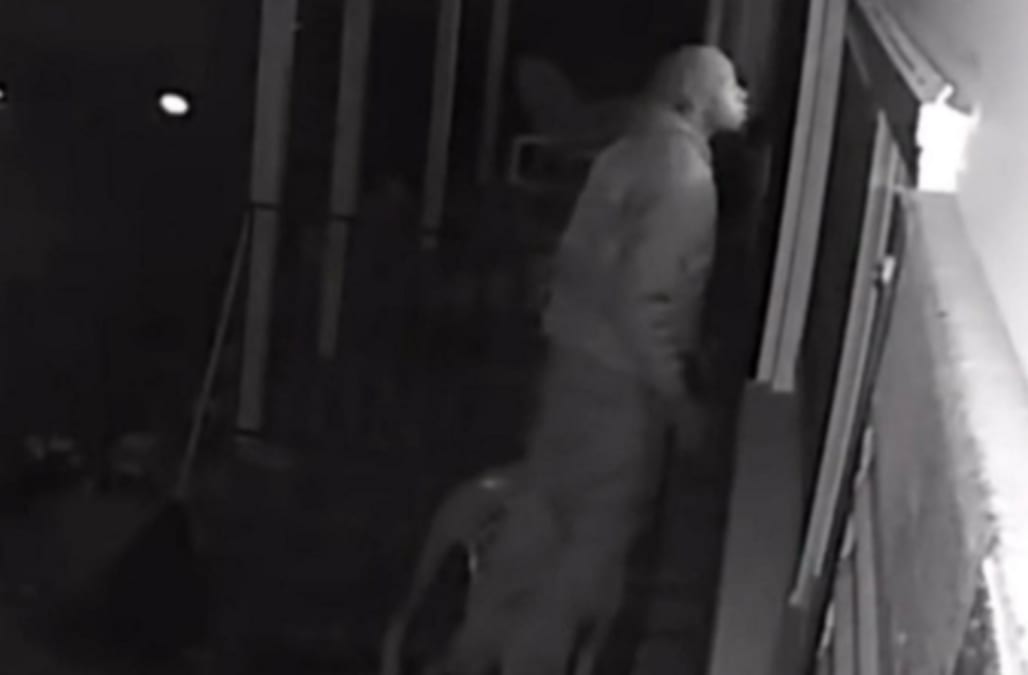 Creepy guys peeking into your window without your knowledge is a disgusting invasion of privacy, and it’s happening around the country.

In Colorado, a 36-year-old businessman was caught red-handed while looking inside a 17-year-old girl’s bedroom window in September 2016.

In New Jersey, a registered sex offender was bold enough to take a chair to get a better look inside one home’s bathroom window in December 2016. He was caught in January 2017.

The creeps often use the cover of darkness, thinking no one is watching them while they spy on unsuspecting prey. But little do they know, some victims have turned the tables on the peeping Toms by recording them.

It's often the only way the suspects ever get caught.

For three weeks, 29-year-old Noel Bracy of Texas heard strange noises outside her window as she got ready for work.

Initially, she tried to convince herself it wasn’t anything unusual. But then she realized it was a man’s voice outside the window.

“I would hear a male voice and it sounded like moaning from right here,” she told Inside Edition.

One day, she ran over to the window and opened the shades after hearing the voice yet again — and she was shocked at what she saw.

“All I could see is him silhouetted, so I saw his head and shoulders and he was staring straight at me.”

She then bought a camera. Two days later, the suspect was caught in the act.

"He's literally looking in a tiny little hole and peeping at me while I’m changing,” she said while watching the footage. “Right here he realizes the camera is turned on and immediately after, he just walks away.”

That peeping Tom remains on the loose.

A homeowner from New Mexico also caught a man peeking into a window of his 16-year-old daughter's bedroom.

What the peeper didn't know was that the father of three has eight cameras monitoring his property.

Although he had a hoodie on, the camera was able to capture most of his face.

Neighbors in the upscale community were shocked to learn the peeper was a former deputy sheriff. Ventura Salas pleaded no contest and will be sentenced on Feb. 28.

In California, an unidentified suspect was seen peeping into a young child's bedroom, and actually climbed a wall to get a better look into the bathroom.

"Each time they do this and there are no repercussions, they become more and more brazen,” District Attorney Tim Ward told Inside Edition Chief Investigative Correspondent Lisa Guerrero.

“You're not saying every peeping Tom is going to escalate to something more violent, but it's possible?” she asked.

Guerrero caught up with the accused peeper as he was leaving court and tried to talk to him.

"What were you doing there?” she asked. "Are you a peeping Tom?"

He pleaded not guilty to the charges, however, on Friday, he was found guilty by a California jury.

For the homeowners we spoke with, there is a sense of relief that they were able to turn the tables on the creeps who violated their privacy in such depraved ways.

Couple Says Peeping Tom Crawled Into Their Attic, Drilled Holes to Watch Them in Bedroom

More from Inside Edition:
Mother captures touching moment of baby hearing her voice for the first time
Milwaukee bus driver comforts little girl as mom suffers seizure
Retiring police officer breaks down in tears as he signs off for final time