'Where there is abuse, there is cover-up': Rob Porter's ex-wife slams Trump for supporting former aid after abuse allegations 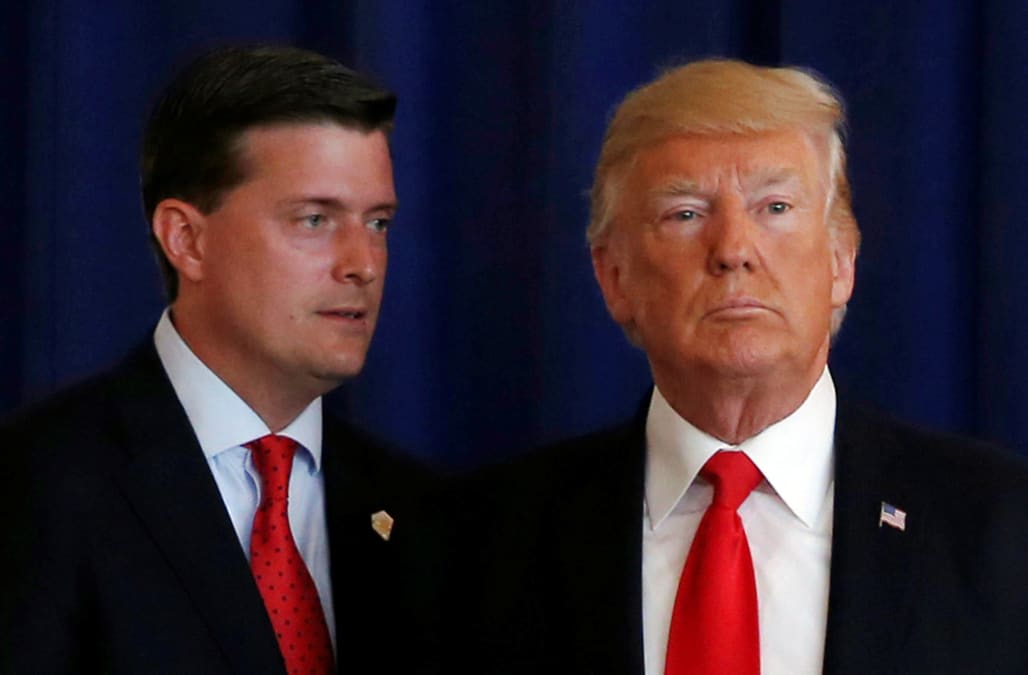 Jennie Willoughby, the ex-wife of former White House staff secretary Rob Porter, slammed President Donald Trump for continuing to support his former aide in the face of what she calls "overwhelming evidence" of his domestic abuse.

In a column published in Time magazine on Sunday, Willoughby said she was "floored" by Trump's defense of Porter, less than a week after Willoughby and Colbie Holderness, another of ex-wife of Porter's, both accused him of abusing them when they were married.

"My friend turned to me and said, 'The President of the United States just called you a liar,'" Willoughby wrote. "Yes. And so he did."

Porter resigned from his White House post on Wednesday after news outlets published photos of black eyes that Holderness, who was married to Porter from 2003 to 2008, said her ex-husband gave her while they were married.

In remarks with reporters on Friday, Trump urged people to remember that Porter had claimed "very strongly" that he was innocent. Trump also tweeted on Saturday that people's "lives are being shattered and destroyed by a mere allegation. Some are true and some are false."

Peoples lives are being shattered and destroyed by a mere allegation. Some are true and some are false. Some are old and some are new. There is no recovery for someone falsely accused - life and career are gone. Is there no such thing any longer as Due Process?

According to Willoughby, Trump's behavior reveals a tendency many people have to deny abuse. While the #MeToo movement spurred people to come forward to discuss and address abuse, especially sexual assault, Willoughby argued Trump's response to Porter is a major step backwards.

"This is a societal issue, and the tone has just been reset by the White House," Willoughby wrote. "If the most powerful people in the nation do not believe my story of abuse in the face of overwhelming evidence, then what hope do others have of being heard?"

Willoughby, Porter's wife from 2009 to 2013, provided news outlets with a copy of a 2010 protective order she filed against her ex-husband. She told CNN that she lived in a state of "low-grade, constant terror" during her marriage.

Despite Porter's resignation soon after the scandal became public, the White House has been criticized for its handling of the case. High-ranking officials, including White House counsel Don McGahn and head of communications Hope Hicks reportedly knew about the allegations before media outlets broke the story last week. (Hicks is reportedly dating Porter.)

Willoughby said she was unsurprised by the White House's hesitancy to admit that a colleague could have a history of abuse.

Willoughby ended her piece with a reassurance to other survivors of abuse that they are not alone.

"In light of the President's and the White House's continued dismissal of me and Colbie, I want to assure you my truth has not been diminished," she wrote. "I own my story and now that I have been compelled to share it, I’m not willing to cover it up for anyone."

SEE ALSO: The Trump White House has been plagued by rumors of illicit romances — and now Hope Hicks is at the center