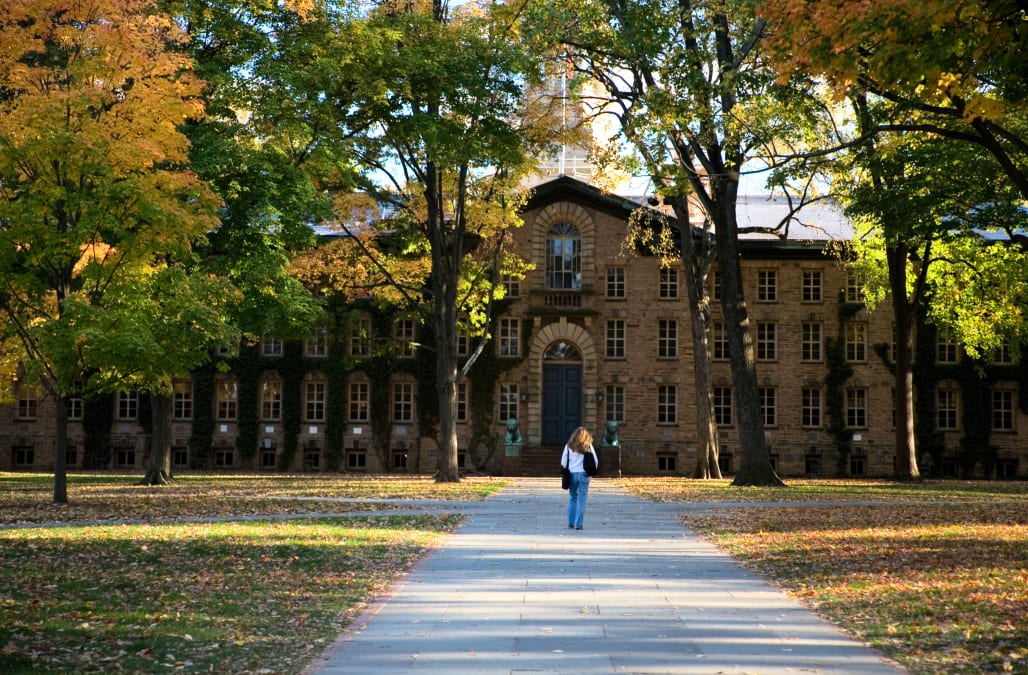 Several students walked out of an anthropology course at Princeton University on Tuesday after a professor repeatedly used a racial slur in his class about hate speech.

The professor, Lawrence Rosen, is an award-winning legal anthropologist who has taught at Princeton University for 40 years. He received emeritus status last year.

Rosen’s course, titled “Cultural Freedoms: Hate Speech, Blasphemy and Pornography,” explores the legal and cultural limits of free speech. This week, he led a discussion on verbal symbols and what types of speech should be protected. The heated debate that followed was first reported on by The Daily Princetonian.

A few minutes later, students began to point out their discomfort with a white professor using the word in its entirety.

When one student asked if Rosen planned to keep repeating the word in future classes, the professor reportedly responded that he would if he deemed it necessary for the discussion.

Rosen then said, “I purposely did that, because I wanted everyone to feel the power of that word,” Salter told HuffPost.

“As if black people haven’t been feeling the full power of the N-word for the past 400 years,” she said.

At that point, Salter said she and another student decided to walk out of the class.

When other students expressed that the word troubled them, Rosen reportedly continued to defend his use of the slur and refused to apologize.

“The professor didn’t seem to consider the fact that obviously repeatedly saying the N-word, while it makes everyone uncomfortable, would affect the black people in the class on a far deeper level,” Salter said.

In the end, at least three students walked out of the class as a result of the disagreement, she estimated.

Salter said that she has “absolutely no problem” discussing the politics of the slur ― she expected that to be part of the course when she signed up for it. However, she thinks discussing the ramifications of hate speech and slurs does not give one the right to use them. The ends do not justify the means, she said.

Learn more about the Georgia Institute of Technology.

Learn more about the Stevens Institute of Technology.

Learn more about the Colorado School of Mines.

Learn more about the Massachusetts Institute of Technology.

Learn more about the California Institute of Technology.

She was also alarmed that the professor appeared to be happy about the fact that he had elicited such a strong negative reaction from the class, and that he steadfastly refused to apologize.

The incident left her “furious and disgusted,” Salter said.

HuffPost sent Rosen a request for comment, but has not heard back.

The professor didn’t seem to consider the fact that obviously repeatedly saying the N-word, while it makes everyone uncomfortable, would affect the black people in the class on a far deeper level. - Princeton student Destiny Salter

In a statement, Princeton’s acting university spokesman Michael Hotchkiss told HuffPost that the conversations and disagreements that took place in the seminar are “part of the vigorous engagement and robust debate that are central to what we do.” The university is in the process of setting up a meeting with the students, he said.

“We will continue to look for ways to encourage discussions about free speech and inclusivity with the students in Professor Rosen’s class and the campus community more broadly,” Hotchkiss wrote.

In a letter posted to the school newspaper, the chair of Princeton’s anthropology department, Carolyn Rouse, defended Rosen’s decision to use the racial slur. The purpose of the course, Rouse said, was to give students the ability to clearly state why hate speech should or should not be protected, using an argument other than “because it made me feel bad.”

She pointed out that Rosen had also mentioned anti-American or anti-Semitic examples in the class. Rosen has reportedly been using the word “n****r” as an example “year after year.” This is the first year he’s gotten such a critical response from the class, she said.

Rouse said she believes the students’ reactions were probably reflective of heightened racial tensions in America.

“This is diagnostic of the level of overt anti-black racism in the country today,” she wrote. “Anti-American and anti-Semitic examples did not upset the students, but an example of racism did. This did not happen when Obama was president, when the example seemed less real and seemed to have less power.”

Rouse added that she felt “bad” for the students who left the class without trusting the “process.”

“Rosen was fighting battles for women, Native Americans, and African-Americans before these students were born,” Rouse said. “He grew up a Jew in anti-Semitic America, and recognizes how law has afforded him rights he would not otherwise have.”

Salter said she feels that students have certainly become more sensitive to offensive words because of the rise of the far right and the election of President Donald Trump.

After her experiences on Tuesday, she said she’s decided to drop the class.

“I did not come to this school to hear my professor spout the N-word in class. Period.”